The ‘Irish Truckers & Haulage Association Against Fuel Prices' has said it is planning to follow up its protest earlier this week with another one in early December. 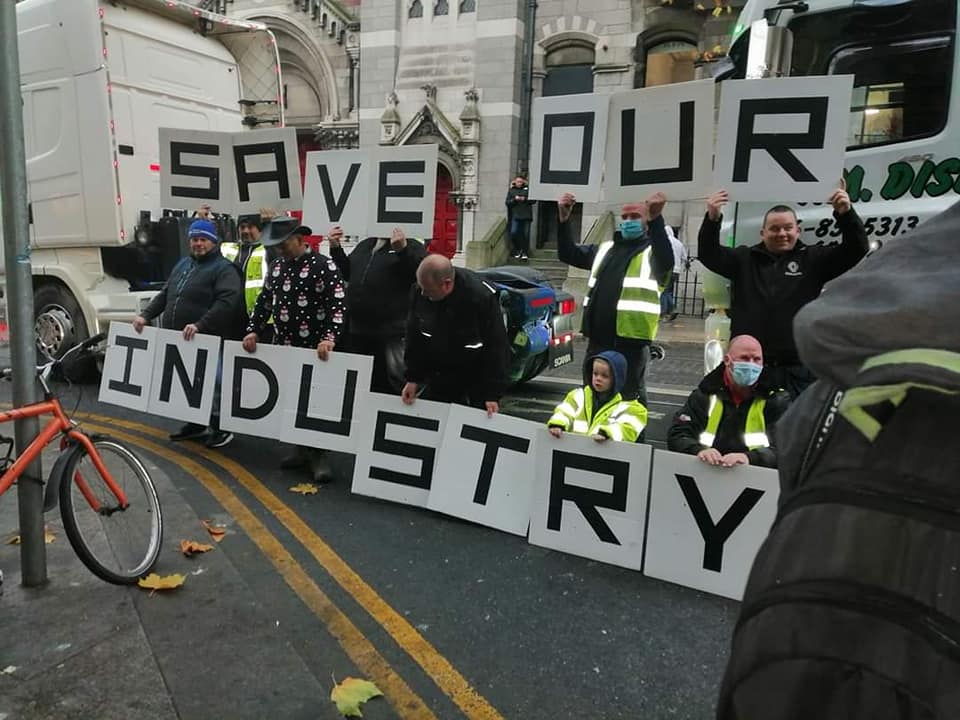 On Wednesday, the group organised protests across the country, including slow moving convoys on several motorways. It says if action isn’t taken to arrest the rising price of fuel, it shall continue to protest.

Writing on its Facebook Page on Thursday, the group said: “If we don’t get cheaper fuel we have the strength and numbers to bring this country to a halt. 7 days to make a change.”

In a longer post published on the same day, the group warned that all of the country’s ports could be blocked in a future protest:

“This is a warning as to what we can do and if we don’t get what we want it will be a lot bigger next time a full week of it if we have to. It will be fully stopped next time and all ports will be blocked as well as motorways.”

“Some people today told us their fuel costs have went up €20,000 in the past 4 months and they are running at a loss. We are in dangerous waters and if the Haulage industry crumbles the whole country will too.”

Ireland’s Road Haulage Association, the IRHA, has distanced itself from the protests, though it agrees with that something needs to be done about the high cost of fuel. Speaking to the Irish Times, IHRA President Eugene Drennan said protests such as the one this week was “not for us as a national body”. This hasn’t gone down well with the protesters, who have since said the IRHA “should be ashamed of themselves”.

As the Irish Examiner reports, Taoiseach Micheál Martin said the Government was in “constant contact” with industry representatives about ongoing cost issues.