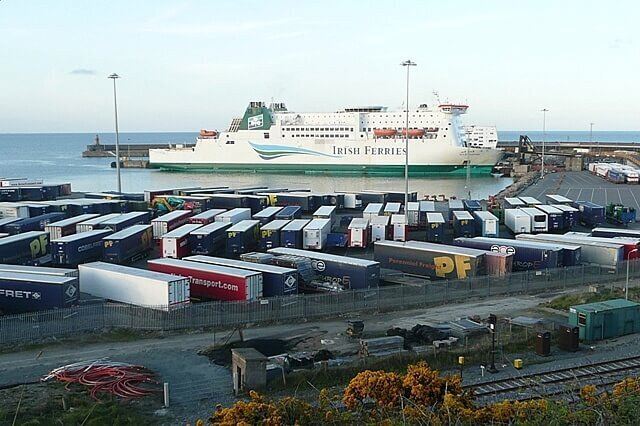 Research published 21 December 2021 by the Economic and Social Research Institute (ESRI) and the Irish Department of Finance examined the impact of Brexit on Irish trade with Great Britain and Northern Ireland in the first half of 2021.

What makes the study stand out is that researchers managed to separate the impact of Brexit in January 2021 from other drivers of changes in trade patterns, including the COVID-19 pandemic.

“Although many supply chain challenges have come together since the onset of the COVID-19 pandemic, the greatest driver of the reduction in Irish imports from Britain can be traced to a Brexit effect,” said the report’s co-author Martina Lawless. “There has been a less substantial impact on exporters so far, but these are at risk of higher costs as more customs checks are introduced over the next year.”

However, some individual sectors have faced substantial reductions in their exports to Great Britain, with the food and beverages sectors particularly negatively impacted. The study states that the asymmetric impact is due to the gradual introduction of customs procedures on inward goods in Britain, with a range of checks still to be implemented in 2022.

The decline in the share of Great Britain in total Irish imports is slightly offset by an increase in imports from Northern Ireland.

Figures released in November by Ireland’s Central Statistics Office (CSO) also showed a significant increase in trade on the Island of Ireland since Great Britain left the European Single Market in January. CSO stated that imports from Northern Ireland rose by €1,061 million to €2,822 million when compared with the same period in 2020. That represents a huge increase of over 60%.

Exports to Northern Ireland have also gone up noticeably to €2,577 million between January and September 2021 – an increase of €835 million on the equivalent period in 2020. This amounts to a rise of 48%.