The John Lewis Partnership has published a headline-making job vacancy on its website; a LGV/HGV Class 1 Driver job with a total annual pay ranging between £45,865 -£53,781. The eye-opening offer has seen the likes of the Sun and the Daily Mail claim that truckers can now earn more than lawyers, and that young people should even consider giving University the cold shoulder to become a lorry driver. Although the vacancy is genuine, it appears that whoever takes on the role will have to clock up a significant amount of hours in order to earn the sums quoted in the ad. 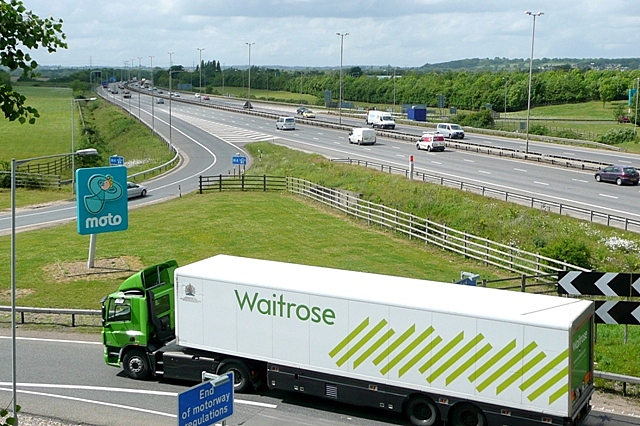 What is rather surprising about the advertisement is that the rates of pay listed at the top of the job posting are £11.76-£14.71. That’s certainly not the worst you’ll see advertised, but at the same time it is below what is currently being offered by some agencies and hauliers. 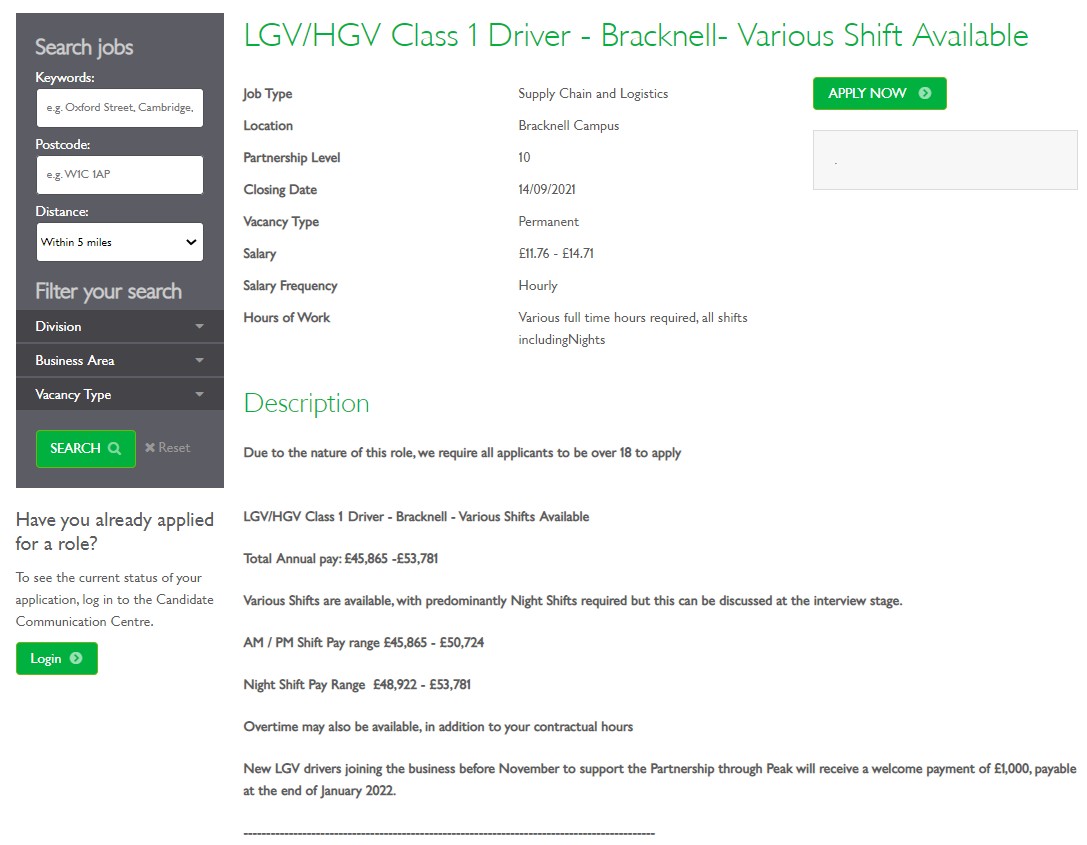 According to the ad, the working hours of the job “are 47.5 hours work per week which is made up of 37.5 contracted hours and 10 hours consolidated overtime, paid at time and a half. Working days / nights are 5 out of 7 on a rotational basis.”

So how do we get to that headline-making £50K+ salary?

That is over £5,700 short of the minimum sum quoted in the ad, and over £13,500 less that the maximum. This suggests that the gap must be bridged by doing extra hours on top of the 47.5 hours advertised. If the £53,781 salary was to be reached by the 47.5-hour advertised, the rate of pay would need to average around £22 per hour.

It also important to note that whoever takes up the position will receive various benefits, including discounts in stores, restaurants and bars, plus 22 days paid holiday per year.

Amid numerous tabloid papers in the UK lauding the job offer, some truckers have admitted that they are not wowed by the vacancy. Over the on the LGV Driver’s Forum page, one lorry driver commented “Unfortunately it’s not all that good as it’s cracked up to be, good money but crap start times and weekend working.”

In the Professional HGV Drivers UK group, opinions on the story were a bit more forthright. Some simply commented “bullsh*t”, while others branded claims that some truckers are better paid than lorry drivers as “fake news”.

Is the offer as good as it looks? Please let us know your thoughts in the comments. You can read all the details of the job vacancy here.

Meanwhile, regardless of what one thinks about Waitrose’s highly-discussed job ad, there is growing evidence that driver rates of pay have gone up as a result of the driver shortage in the UK. So even if one does believe the £50K+ offer to be too-good-to-true, there are plenty of reasons why lorry drivers in the UK ought to be optimistic about better pay rates.

Photo © Copyright Graham Horn and licensed for reuse under this Creative Commons Licence.