In Italy, spending a 45-hour rest in the cabin of the truck can end up as a penalty for not just the driver. The carrier can also be punished, and the amount of fine is similar to the amount of the fine for the trucker.

In April 2018, Italy joined the group of EU countries that impose fines for spending the regular weekly rest in the cabin of the vehicle. The Italian government then issued a leaflet about the guidelines for the authorities on punishing drivers for this offence. According to it, traffic police, carabinieri, border guards and other authorities should treat a 45-hour rest spent in the truck cabin as an unauthorised rest.

With this interpretation, a violation of Art. 174, point 7 of the Italian Highway Code applies, which classifies the above-mentioned offence as a severe violation of the law that is punishable by a fine of 425 to 1701 euros for a driver. Also, in such a situation, the trucker cannot resume driving until he has taken a proper break. Besides, under art. 192 point 2 bis of the Highway Code, if the driver is caught overnight in the cabin between 22.00 and 7.00, Italian services can increase the fine by 30 %. Therefore, the punishment for a trucker may amount to approx. 2200 euros. However, this is not all.

As the Italian Ministry of the Interior has recently pointed out, a carrier may also be fined if its driver doesn’t take his regular weekly rest. Art. 174 of point 14 of the Highway Code makes this possible. The amount of the penalty is 334 to 1334 euros from January 2019. Importantly, by act. 202/2 of the Highway Code, the fine may be reduced by 30% if the driver pays it immediately after issuing the ticket.

Switzerland to join EU in banning... 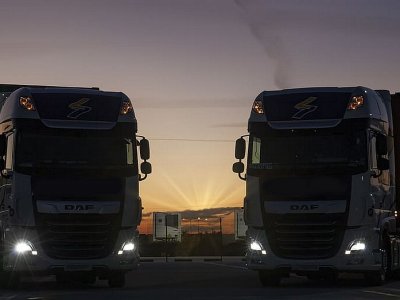 Haulier fined for breaking EU on...