Lorry drivers have understandably reacted in anger over pictures that show trucks in Kent are being clamped while fellow truckers are asleep.

Images taken in the early hours of Tuesday morning show a truck being clamped on Barville Road, located just off the A256 between Manston and Dover.

Pictures taken from barville road , Dover, thirty minutes ago . Clamping trucks whilst the driver is asleep . There is nowhere for the trucks to go as Ashford truck stop is full and facilities for trucks is non existent . No wonder they are leaving the U.K. empty #brexit pic.twitter.com/000dMAjFt9

When the pictures were posted in a Facebook group for lorry drivers, many expletives were visible in the comments as more truckers took aim at Kent County Council.

In another Facebook group, one trucker also thanked the driver of a gritting lorry for waking him up at 4am as his vehicle was about to be clamped. Thanks to the gritting lorry sounding its horn, the trucker claimed he was able to drive off without being handed a fixed penalty notice.

As we reported last year, Kent County Council has been granted the power to clamp and issue penalty notices to HGV drivers illegally parked in Ashford, Canterbury, Dover, Folkestone and Hythe, Maidstone, Swale and Thanet. Since then, the council has introduced a strict parking ban and gone on to clamp 192 HGVs.

A number of lorry drivers have understandably written to Kent County Council to complain about the issue. However, so far the responses have been met with a mixture of scepticism and frustration.

In one email seen by Trans.INFO, MP Gordon Henderson admitted that he was “concerned” by the shortage of lorry parks in Kent.

However, the Conservative MP added that it was “right” for Kent County Council “to balance” the rights of residents and truck drivers. He also stated his support for the the council’s strategy for combating illegal parking:

“I am too am concerned at the lack of lorry parks available for HGVs in Kent. In the past this has led to drivers making the difficult choice to park illegally in areas, including my constituency, to make sure they are within their regulation hours. This is an issue I have raised in previous debates in Parliament. Obviously this requires appropriate sites coming up for development, which has often proved difficult.

It is right Kent County Council balances the rights of residents to live in a safe environment with the need for drivers to take their rest breaks. Having said that, I support the council in its effort to tackle the widespread problem of illegal parking in the county.

Of course, I will raise your concerns with the Roads Minister when next meet with her.”

It is fair to say that email, which was also shared in a truckers Facebook group, has not been received well. One lorry driver said the recipient of the email had been “mugged off”, while others branded the reply as “crap” and labelled the Sittingbourne and Sheppey MP “clueless”.

In another email that has surfaced on social media, a representative of Kent County Council’s Parking Services team explained that the lack of parking facilities is partly down to the private sector being “cautious about investing” in lorry parks at this time:

We have undertaken extensive site search work and developed business cases for potential new lorry parking sites that we have shared with the private sector to encourage development. We have also worked with numerous private lorry park operators who are interested in bringing forward other sites across the county. The situation at the moment is of course very uncertain with the development of inland border facilities for customs clearance following the post Brexit transition period, which could potentially have some use for lorry parking depending on how the capacity is used, therefore the private sector is cautious about investing in other new lorry parks at this time.

The email did nonetheless state that the council are working with the Department for Transport (DfT) regarding the issue of parking and welfare facilities for lorry drivers.

Meanwhile, Kent County Council has announced that its Border Control Post at Sevington will result in the creation of 130 jobs and an “£8.8m boost” to the region.

Around 130 jobs to be created as @AshfordCouncil prepares to run Border Control Post at #Sevington – part of £14m @DefraGovUK support for councils and £8.8m boost for #Kent. Full story: https://t.co/5QlbRlrGRq #kentjobs #ashfordjobs pic.twitter.com/XQIvEin132

The council has also given themselves a pat on the back for their reaction to the border crisis last December, saying that both the Kent Resilience Forum and the local police force had done a “magnificent” job on the ground. 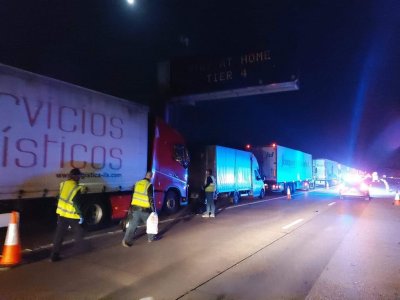 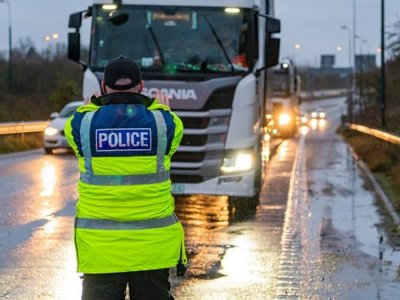