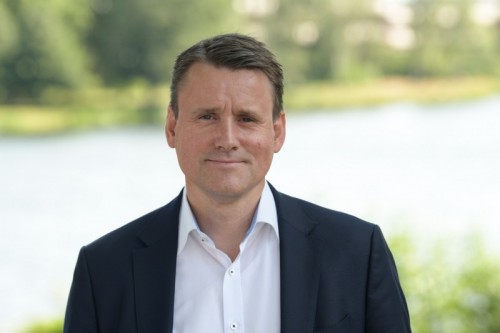 Vlaskamp is of course no stranger to the trucking business, having previously been responsible for sales and marketing on the Scania Group’s Executive Board. He has many years of experience in the commercial vehicle industry. Among other things, he worked for Scania in Germany and Austria as Director After-Sales (2002 to 2007) and Managing Director (2012 to 2017). Between these two roles, he was Managing Director at Scania Polska. He returned to Sweden in 2017, where he took over as Senior Vice President Sales and Marketing in the truck business. In 2020, Vlaskamp was then appointed to the Scania Executive Board as Executive Vice President Sales and Marketing.

“I know MAN well, having worked on several joint projects. As well as its excellent products, I also really value the high professionalism, motivation, and commercial vehicle knowledge of its employees. MAN is a company steeped in tradition and at the same time a company undergoing radical change. Headed by Andreas Tostmann, the team initiated major changes in the past months and made sure that we can continue to focus on looking ahead in the future. We will transform MAN from a commercial vehicle manufacturer into a leading provider of intelligent and sustainable transportation solutions. I look forward to doing my part as CEO,” says Alexander Vlaskamp.

Christian Levin, Chairman of the Executive Board of TRATON SE, adds:

“Alexander Vlaskamp will build on a solid foundation as the first step of the transformation at MAN has been successfully implemented. He is in a position to combine the wealth of a broad international experience with his knowledge of the efficiency of modularization and extensive product knowledge. This will not just benefit MAN Truck & Bus, but also the TRATON GROUP as a whole. Alexander Vlaskamp will ensure that MAN remains profitable in the long run. It was a pleasure to work with Andreas Tostmann. During his time at MAN Truck & Bus, he took important steps to set the course for this strong brand’s future success, thus laying the foundation for the necessary transformation within the production network. With the NewMAN strategy, Andreas Tostmann also gave center stage to technologies of the future like alternative drives, digitalization, and autonomous driving. I would like to thank him and wish him all the best for the future!

In MAN’s press release covering the board level changes, levin also thank Holger Mandel, who is leaving the MAN Executive Board, for his contribution.

Meanwhile, Arne Puls will assume responsibility for Human Resources and take over as Arbeitsdirektor (Executive Board member responsible for employee relations) on the Executive Board of MAN Truck & Bus SE effective January 1, 2022.

Originally from Emsland, Puls studied information technology in Osnabrück before joining Volkswagen in Wolfsburg in 1998 as an IT specialist in Development Control and Production Planning. In 2001, Puls moved to Human Resources, where he held a variety of managerial roles. Among other things, he introduced a new Group-wide compensation system in his role as Head of Management Compensation. In his most recent role as Head of Group HR Management, Puls was responsible for performance and talent management across the entire Group, as well as for management compensation and principles and for global assignments.

„With Arne Puls, we have been able to gain an experienced HR-expert for MAN. His strength in cross-brand collaboration in particular will be valuable for the even closer exchange between TRATON’s brands in the future and will further drive our international strategy forward,” says Christian Levin.