The EU countries have until 2020 to prepare for the legislation introduced by the approved posting directive. Work on provisions strictly related to transport is still ongoing. So what will happen to the industry when 2020 comes and there is still no Mobility Package?

Kosma Złotowski, a member of the European Parliament, was in doubt about this matter. He sent a request to EU commissioner Violeta Bulc, responsible for transport (pictured). He wanted to know if transport would be subject to the current rules, i.e. those before the revision of the directive, or would be treated as an exception.

In response, the Commissioner said that „the road transport sector is not excluded from the scope of the (earlier) directive.” Therefore, if the final version of the Mobility Package is not finalized by 30 July 2020,” all provisions of the (earlier) directive, subject to their conditions of use, will continue to apply to drivers in international road transport after this date.

What does this mean in practice?

The old rules will unfortunately still apply – explains in response to the question Trans.INFO Maciej Wroński, president of Transport and Logistics Poland.

Wroński adds that „EU Member States will still be able to enforce compliance with the existing national minimum wage legislation (such as MiLoG, Loi Macron), as well as other new regulations on posting to the extent to which they will comply with the provisions of the [earlier] directives. ‚

The earlier regulations, as the expert warns, are burdensome for transport companies due to a high volume of bureaucratic work, e.g. possibility of a host state introducing an obligation to appoint a local representative.”

Will the opponents stall the agreement?

Kosma Zlotowski is not satisfied with the answer of Commissioner Bulc.

Unfortunately, the European Commission’s answer questions the benefits of a solution that refers to the transport sector in the Posting of Workers Directive. The text of art. 3 par. 3 of the revised base directive explicitly links the transport sector to the adoption of specific provisions. Of course, the work on the lex specialis is still ongoing, but the Commission’s interpretation means that for opponents of free competition the best scenario is now delaying this work – comments Kosma Złotowski, in an e-mail sent to the editorial office of Trans.INFO.

He argues that „disagreement over the Mobility Package means in fact that all the discussions held in the forum of the European Parliament and in the Commissions did not make sense. It was enough that the supporters of dividing the free market answered „no” to everything, as the EMPL Committee (Employment and Social Affairs – editor’s note) did from the very beginning.”

Finally, he admits that „in recent days, the European Commission has been probing support for several new solutions that will help to overcome the deadlock, but they only concern the posting model”.

Let’s remember, however, that we are talking about the mobility package all the time, international transport is just one of its elements. So what about cabotage, why does not the EC want to stand on the side of the free market here?” Złotowski wonders.

He also believes that although he would prefer not to vote on the final shape of the Mobility Package during the current parliamentary term, he is afraid that „the debate in the coming months will not take place in a healthy atmosphere”.

It will be Poland, Hungary and the Baltic states that further concessions and change of position will be required of under the pressure of time. Under such conditions, it will be difficult to find an honest compromise,” he confirms.

The road to „disputes and chaos”

Another Polish MEP, Danuta Jazłowiecka also counts on his support. All the more so because, in her opinion, leaving the status quo, i.e. not accepting the lex specialis as part of the Mobility Package, would eventually lead to the fact that each transport case should be analyzed individually.

Unfortunately, the policies of the majority of Member States in which Eastern European carriers operate will not result in a case-by-case analysis, but a full application of the posting rules, leaving the final decision to courts or the European Court of Justice. However, we all know that the path through ECJ is not an option for entrepreneurs who rarely can afford several years of trials in the fight for their rights – adds Jazlowiecka in an e-mail sent to Trans.INFO

„So the question remains – is it better to be in this legal uncertainty, in which the issue of posting is disputable, or better to adopt a concrete, but compromise solution that will be a challenge, but will bring stability,” notes the MEP.

The choice is not easy. Our task is now to work on the best compromise as part of the Mobility Package. However, I believe that there is a lot to fight for, because the current legal uncertainty leads only to disputes and chaos – emphasizes Jazłowiecka.

Unfortunately, as reported by the MEP, „the chances of extreme solutions, i.e. the total exclusion of drivers performing international transport from the posting regulations” are decreasing. At the same time, he adds that „there are solutions that give a chance for a real and balanced agreement, e,g, hourly approach, ie the number of hours worked in a given Member State, after which the employee would be entitled to, for example, remuneration at the rate of that country”.

What will be the final shape of the Mobility Package? Representatives of the transport industry in Poland hope that this question will be answered in the coming months. 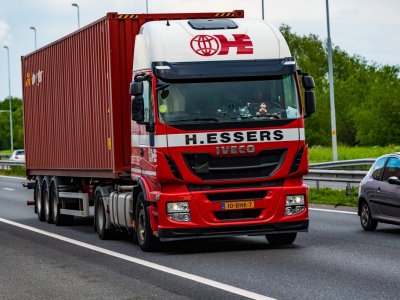 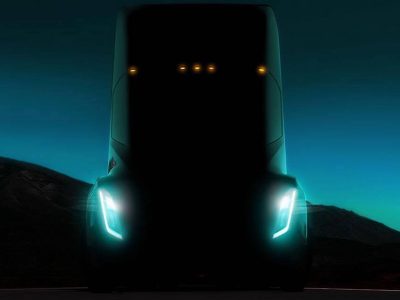