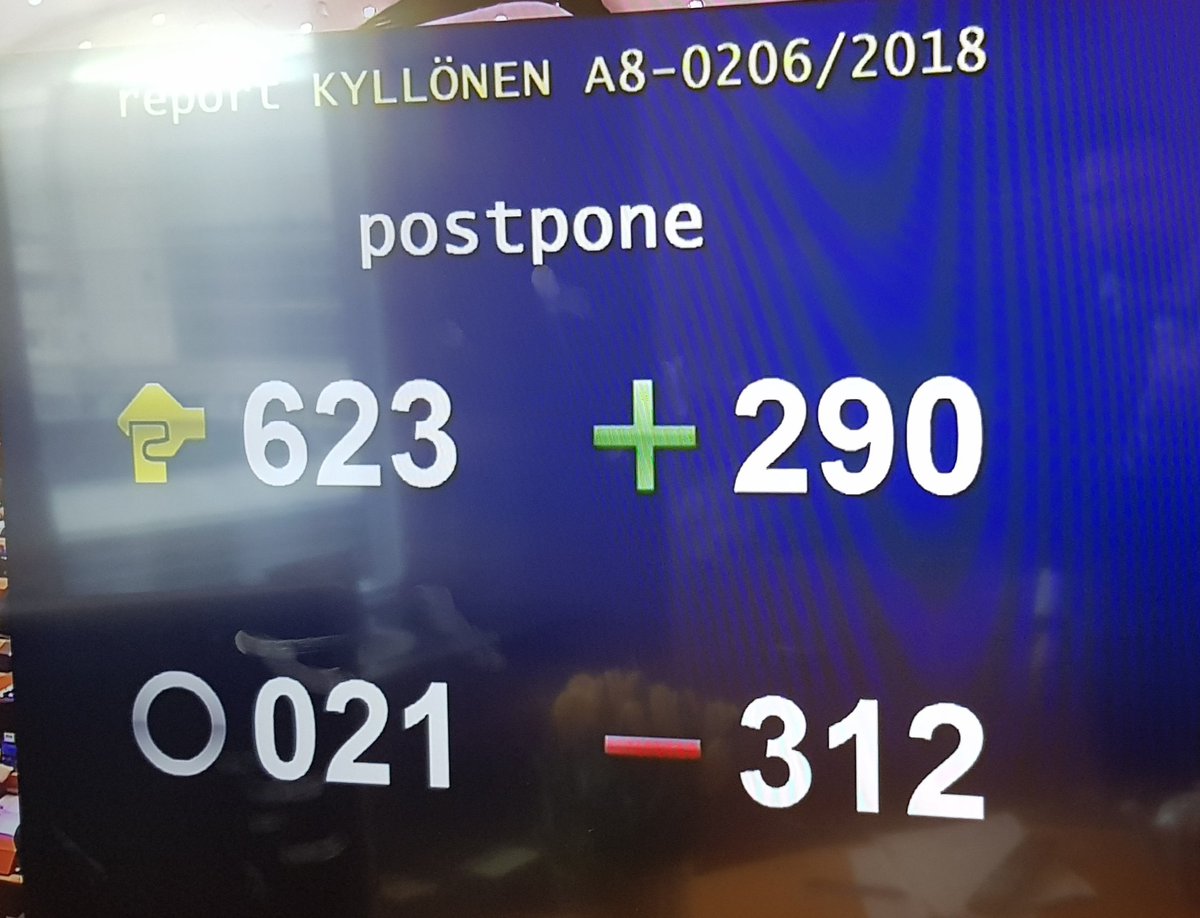 A three-day-long limit for cabotage operations, 4-weekly return to the residence and the end of letterbox companies – the members of European Parliament voted on the Mobility Package on Wednesday morning. Eastern European representatives say the voting procedure was a “mess and chaos” is the result of the vote.

After a long and somewhat chaotic prologue, the European Parliament voted on the amendments of the Mobility Package on Wednesday morning. MEPs decided to replace the existing restriction on the number of cabotage operations with a time limit of 3 days and introduce registration of border-crossings through vehicle tachographs. There should also be a cooling-off period of 60 hours for vehicles, which period must be spent in the home-country before the vehicle can start another cabotage operation. This regulation is to prevent “systematic cabotage”.

The third part of the amendments was about driving and resting periods. MEPs proved to be strict in this area also: companies will have to organise their timetables so that drivers are able to return home at regular intervals – at least every 4 weeks. The mandatory rest period at the end of the week should not be taken in the truck cabin – as it has been already banned in Europe.

The result of the vote shows the room is divided into two. Europe is divided – Danuta Jazłowiecka commented the vote right after it was finished. She stressed, however, that „until the Trilogue (negotiations between the Parliament, the Council of the European Union and the European Commission – note) comes to an end, we can only talk about proposals, not regulations”

More than 1000 amendments were waiting for the vote this morning. There used to be 1600 modifications but EP President Antonio Tajani ordered the TRAN Committee to weed them out.  On Wednesday morning, MEPs began voting on each amendment separately, but soon, most of the representatives them voted in favour of block voting. There was opposition from several representatives of Central and Eastern Europe who pointed out that only „chaos and clutter” could occur.

However, there were more supporters of making blocks of the modifications of the Mobility Package. They argued that creating blocks of amendments based on the names of authors is logical because then their layout is „more consistent because they are ranked according to political logic”.

Polish MEP Kosma Złotowski noted that the block voting procedure proposed by the chairman of today’s Parliamentary deliberations is contrary to administrative rules, and that the situation may end at the Court of Justice.