Network Rail has revealed that 1,600 bridges have been struck in the last year, with the Coddenham Road bridge in Suffolk hit by lorries on no less than 19 occasions. 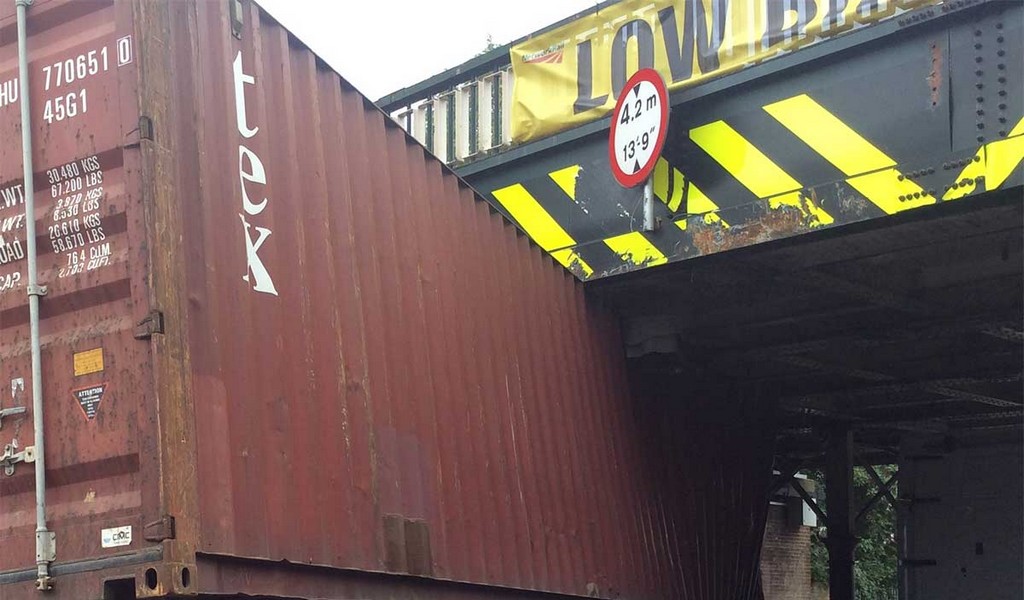 In a statement, Network Rail said that the bridge strikes will cost more than £5.5 million in delay and cancellation fees in 2020/21.

In an attempt to raise awareness of the issue, Network Rail has turned to launching yet another awareness campaign. Named ‘Wise Up, Size Up’, the campaign aims to remind lorry drivers to check the height of their vehicles and plan their route in advance to avoid low bridges.

According to Network Rail, Coddenham Road bridge on the B1078 has the current title of the most bashed bridge in Britain.

Located in Needham Market, Suffolk, the bridge was struck 19 times last year, amounting to £41,331 in unnecessary train delay and cancellation costs. The other “big hitters” on the list in the Anglia region include Stuntney Road in Ely (4), Ipswich Road bridge in Mannningtree (8) and Abbey Farm in Thetford (20).

“Bridge strikes cause unnecessary delays, costs and safety issues for road and rail users. To compound matters, they drain public funds which should be used on upgrading and improving our network. In recent years we’ve done a lot of work with partners across the industry to tackle this problem and whilst it’s encouraging to see numbers on the decline, there’s a lot more work to be done. With Black Friday and Christmas fast approaching, we urge professional operators and drivers to properly plan their routes, know the height of their vehicles and look out for road signs warning of oncoming bridges. Those who don’t are at risk of losing their driver’s and operator’s licences, and Network Rail looks to recover the entire repair and delay costs from the driver’s employer.”

As part of the aforementioned campaign, reminders to ‘Wise Up, Size Up’ will feature on posters at motorway service stations across Britain.

Network Rail also runs an initiative concerning the ‘4E’s’ – education, engineering, enablement and enforcement. It aims to ensure haulage companies and their drivers are provided with the knowledge and tools they need to avoid striking bridges. As part of this ongoing initiative, Network Rail has a team of bridge strike ‘champions’ covering each route across Britain, who raise awareness of the issue by visiting haulage companies and lead in managing bridge strike risk locally.