New headquarters for €60M. Girteka follows in the footsteps of giants like Google and Microsoft 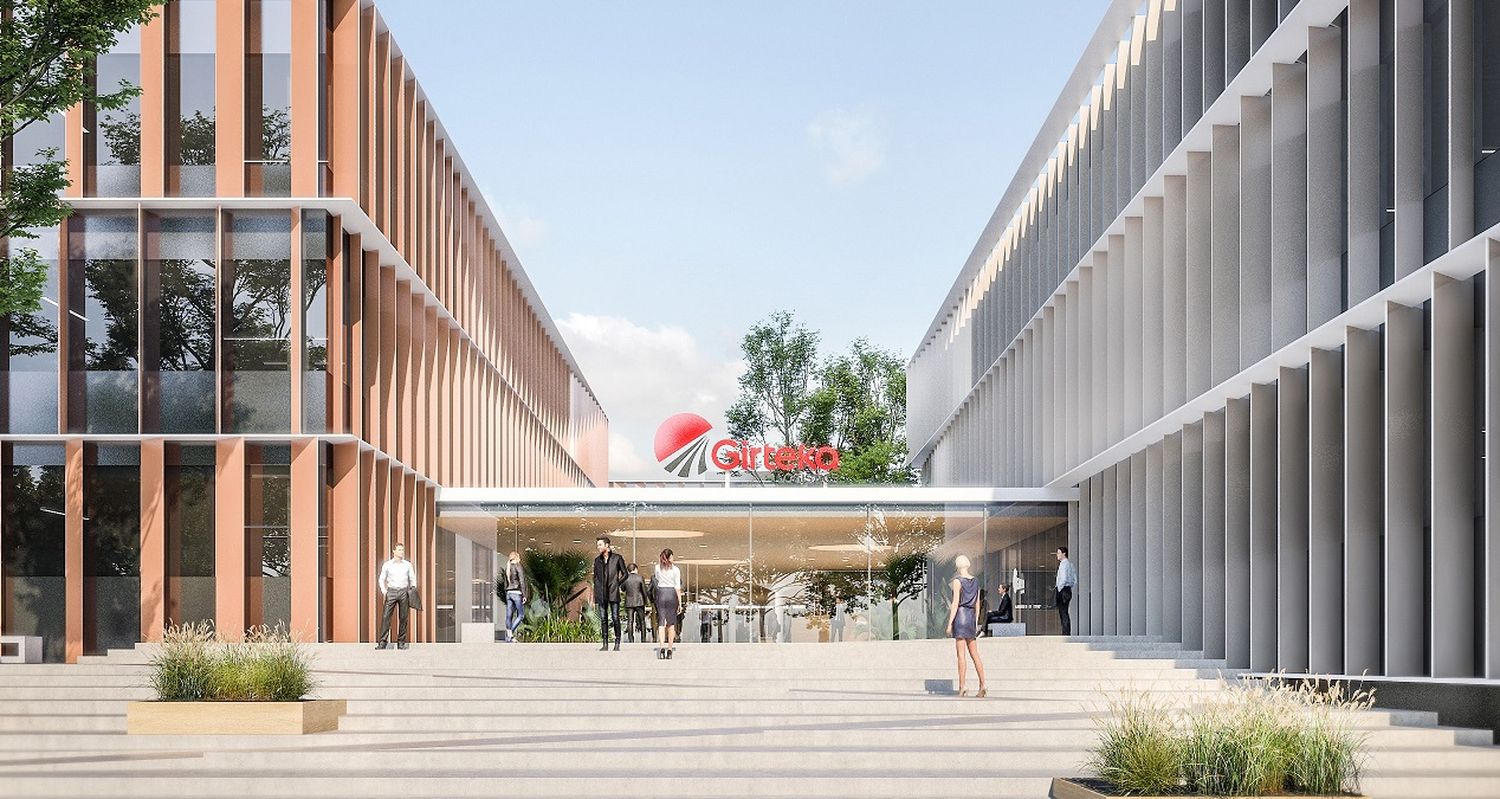 Large corporations such as Google and Microsoft have not located their headquarters in urban office buildings, but have built entire campuses from scratch. In them, thousands of employees not only take care of their daily duties but also spend their free time on recreation and meals. The Lithuanian carrier seems to be following this path and is investing €60 million in a new company headquarters – the village of Girteka Campus.

In Vilnius, on an area of 16 hectares, a complex of administrative buildings, a truck service centre and a 4,000-square-metre shopping and service centre will be built. The opening of the campus for 2,500 employees is scheduled for 2021. 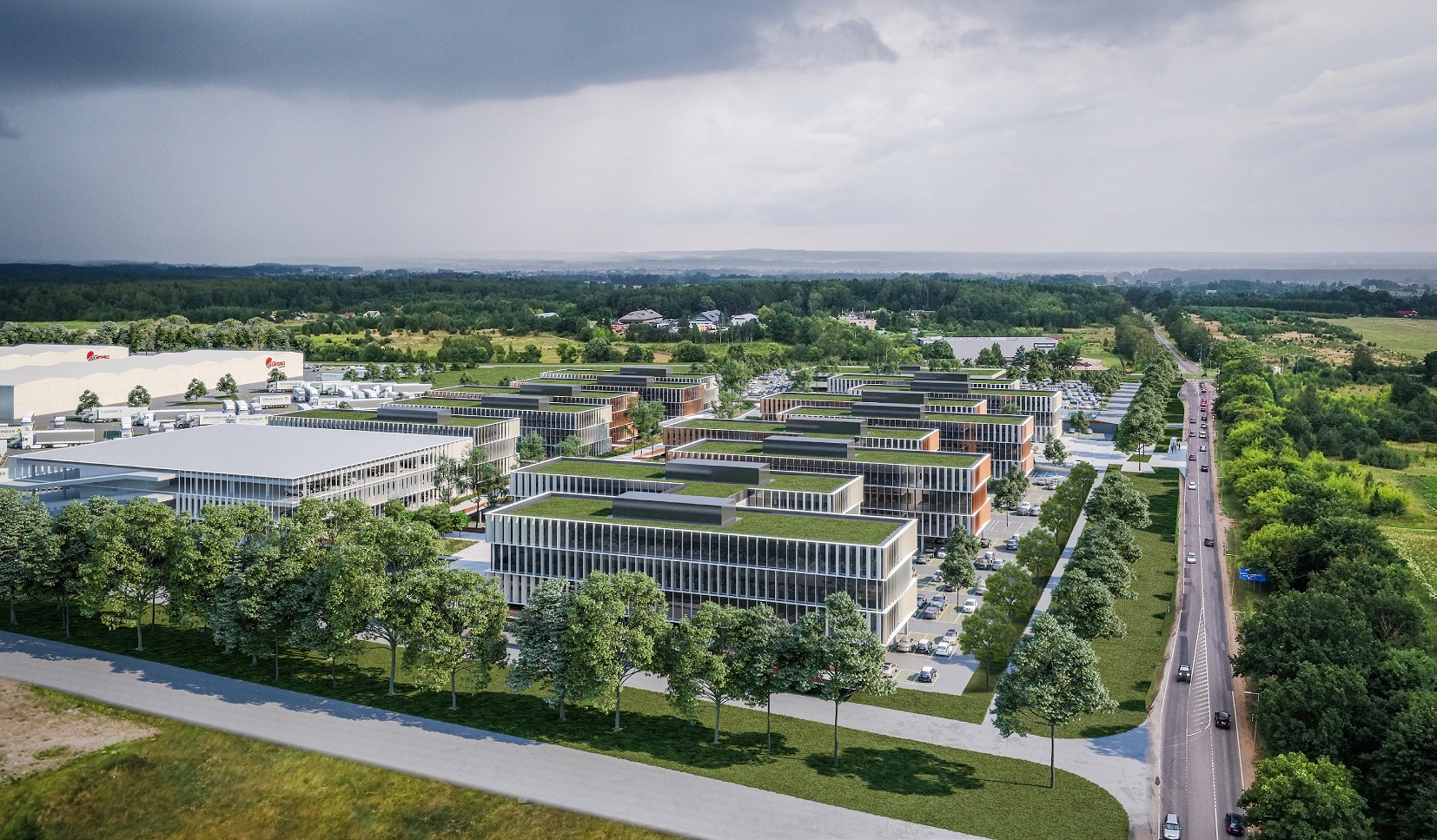 The new investment is important to Girteka not only for pragmatic reasons. It also has a symbolic meaning.

Moving to a new home will symbolically crown the 25th anniversary of our activity. A quarter of a century ago we started with one tractor and three employees and now our organisation has become one of the leading carriers in Europe,” said Edvardas Liachovičius, CEO of Girteka Logistics. 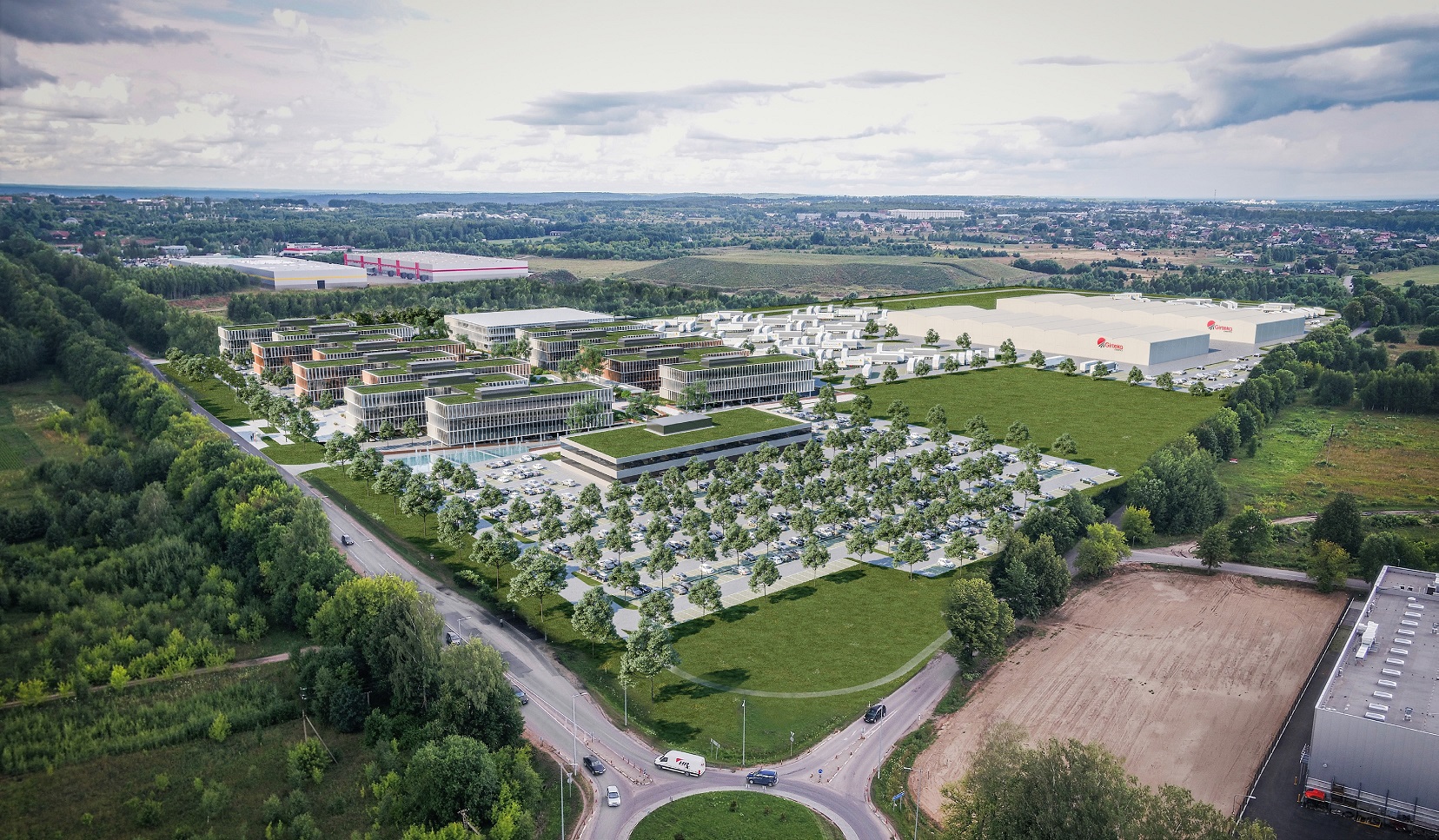 Girteka Campus will be built in Vilnius, at the crossroads of Liepkalnio and Sodybų streets. All employees working in the capital city, i.e. about 2,500 people, will move to the headquarters. A parking lot for 2,100 cars will be built here especially for them. The construction of the Girteka village will start in spring 2020 and end in summer 2021.