Operation Brock contraflow system on M20 to end this weekend

The unpopular Operation Brock contraflow system on the M20 in Kent will be deactivated this weekend, National Highways and Kent Resilience Forum have confirmed. 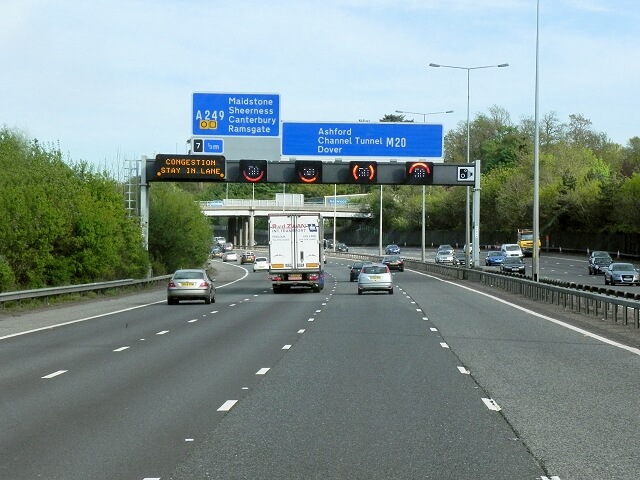 Brock was reimplemented over Christmas period as a contingency measure due to the presumed risk of cross-channel travel disruption. Following the end to the holiday period, Kent Resilience Forum partners have agreed now is the time to deactivate the contraflow.

Moreover, National Highways has confirmed that the London bound M20 will also be closed overnight from 8pm on Saturday 7 January until 6am on Sunday 8 January while the barrier is moved to lane 1 on the London bound M20, where it will remain while work is carried out on the verge between junctions 8 and 9, with the barrier used to protect the workforce.

In addition to this, a 50mph speed limit will remain in operation on the coastbound and London bound M20 carriageway between junctions 8 and 9.

“Operation Brock is a crucial contingency measure which helps to keep Kent moving in times of cross channel disruption, and we are grateful for people’s patience while the contraflow system has been in place. National Highways will remove the contraflow this weekend, but the barrier will remain out on the London bound M20 until the Spring for the safety of our workforce while we continue our enabling works for the barrier storage when not in use.”

National Highways adds that clearly signed diversion routes will be in place on the A20 to help road users reach their destination.

The diversion route is described by National Highways as follows: