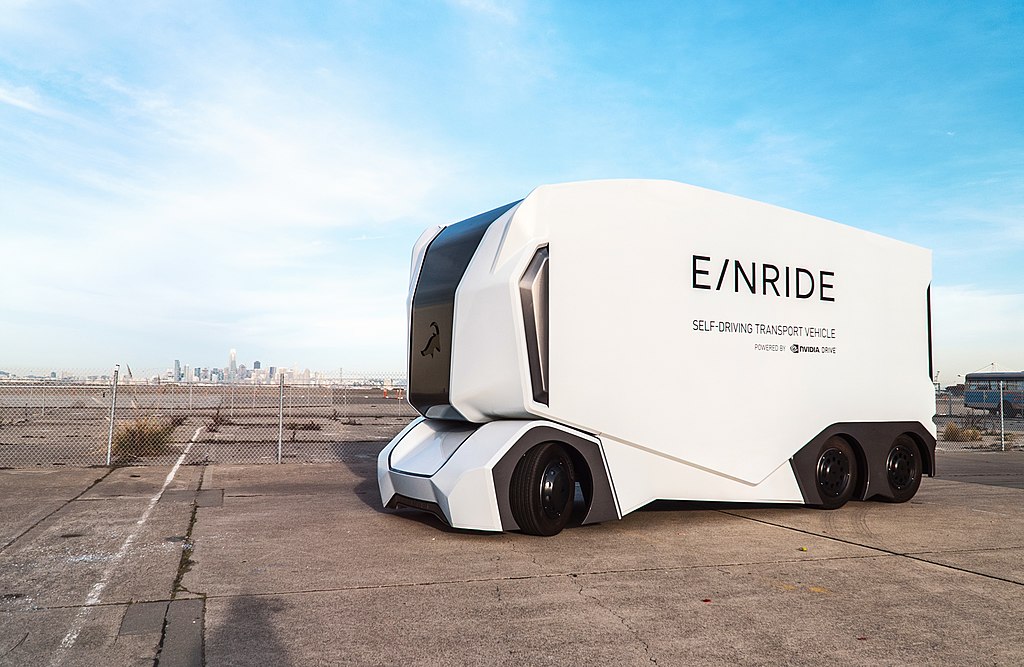 There is a 99% likelihood that robots will replace human freight forwarders, and the chance of robots taking over the jobs of HGV drivers in the next 15 years is 79% – according to research by the University of Oxford.

While the coronavirus pandemic proved to society that the work of HGV drivers is essential, it has also been shown that automation and digitisation are required to create a contact-free, fast and efficient supply chain.

However, when speaking about automation, we inevitably think of robots replacing humans in workplaces. And the thought raises the question: will robots take our jobs in the transportation and logistics sector?

According to a study by Oxford University researchers, the fear is legitimate: there is a 99% likelihood that robots will replace human freight forwarders, and the chance of robots taking over the jobs of HGV drivers is 79%.

Freight agents should fear the most, but lorry drivers cannot rest either

Jobs in the logistics and transportation sector are widely diverse. However, robots, cobots and self-driving vehicles have already conquered many warehouses. The reason behind the huge step towards automation for warehouses was the explosion in e-commerce and the changing consumer behaviour even before the coronavirus pandemic.

If warehouses wanted to stay competitive while keeping pace with increasing volumes and rising demand for fast and accurate turnarounds, operations had to evolve. This has ultimately driven a move towards automation.

It is little wonder then, that the job „warehouse operative” is not even included in the list of jobs of the „Will robots take my job” database. But it is not only job that is „doomed” – according to the site.

Freight agents also face a 99% likelihood that they will be replaced by AI in the coming years. Nevertheless, there is still hope for them. The research creators ran a validating poll about each job to judge whether their data is good; the survey only showed a 70% chance of automation within the next couple of decades.

Transportation inspectors might have a better reason to start worrying about their jobs. According to the website, there’s a 90% likelihood of robots taking their jobs.

The chance of robots taking over the jobs of HGV drivers is 79% according to the database. In other words, this means that out of 100 lorry drivers, only 21 will be humans within the next 15 years.

There is a 59% chance of Transportation, Storage, and Distribution Managers being replaced by robots. Based on a 2013 study, it’s unclear if this occupation will be replaced by robots/AI. This is further validated by the researcher’s own poll, which suggests a 46% chance of automation within the next 2 decades.

On the other end of the spectrum, logisticians can be quite confident about their jobs. There is very little chance of this occupation being replaced by robots/AI – only 1.2%.

On the other hand, the validating poll suggests a higher chance of automation: 47% within the next 2 decades. It thus seems that analysing and coordinating the logistical functions of a firm or organization needs human skills that robots cannot provide anytime soon.

How are the chances calculated?

The site, developed by Mubashar Iqbal and designed by Dimitar Raykov, draws data from a frequently cited 2013 report from Carl Benedikt Frey and Michael Osborne; “The Future of Employment: How susceptible are jobs to computerisation?”

Authors Carl Benedikt Frey and Michael Osborne used a form of machine learning called the Gaussian process to classify and determine the likelihood of a machine replacing you.

The site ranks jobs on an automation risk level ranging from “totally safe” to the panic-inducing “you are doomed.” It also displays extraneous information like your field’s projected growth, median wage, and the number of people employed in said field.