Probably almost every truck driver during his career has been punished for some traffic offence. Fines imposed on professional drivers in Germany undoubtedly affect the profitability of orders, because they reduce the profit that the carrier expects to get when completing the transport order. Practice shows that getting a ticket for an infraction in Germany for even a seemingly harmless offence can result in a fine of several hundred euros. What else is at stake?

In Germany, a penalty for a traffic violation does not end on a fine. Whoever participates in traffic under a driving license obtained in Germany additionally receives penalty points. Fortunately, this does not apply to foreign drivers.

However, from a practical point of view, the law is more severe for foreign truckers and their companies if they commit serious offences. Instead of penalty points, the driver may receive a „temporary ban on driving.”

What are the most common traffic violations in Germany?

In the subsequent articles from the series „Fines in Germany”, we will describe the most common offences committed by drivers.

Most often, the tickets are issued as a result of the following infractions:

– lack of a safe following distance,

– breaking the ban on driving a truck on Sunday or public holidays,

– driving under the influence of alcohol.

The Germans have always cared for road safety and attach great importance to this issue. Therefore, strict fines will be issued to anyone who commits a breach of security regulations. In the list below, we indicate how much speeding in Germany can cost.

Exceeding the speed limit for heavy goods vehicles over 3.5 t (outside the city/in the city)

Exceeding the speed limits for trucks over 3.5 t that carry hazardous materials (outside the city/in the city)

Did you drive too fast?

Often, professional drivers are exposed to a lot of time pressure, because the goods always have to reach the recipient on time (with German die Liefertreue). Of course, this is at the expense of road safety. In addition, there is a risk that drivers who have committed speeding will be fined or even banned from driving. So what are the speed limits for trucks in Germany?

Basically, the Straßenverkehrsordnung – German Road Code (hereinafter referred to as StVO) distinguishes between the maximum permissible speed for trucks in built-up areas and non-built-up areas.

– on federal and national roads, lorries with GVW above 7.5 t can drive at a maximum speed of 60 km/h,

– on highways where the roads are clearly separated from each other, the maximum speed for trucks with a GVW above 3.5 t according to StVO is 80 km/h.

Other factors can determine the level of the fine. If a driver is speeding and in a particular way threatens the safety of other road users, he is threatened with an additional penalty of up to 145 euros and one penalty point.

Drivers who have been convicted several times a year for exceeding the permitted speed by at least 25 km/h must face higher penalties. Serious offences can end up in driving bans that last a few months. And even if this proves to be insufficient, the driver is sent back to undergo psychological tests (with the German Idiotent), during which the specialist determines whether he is capable of driving a car.

In addition, it is worth remembering that if visibility drops below 50 meters (e.g. due to fog or heavy rain), the maximum speed for heavy goods vehicles is up to 50 km/h.

How to appeal the fine?

You can appeal the traffic violation within two weeks of receipt. The appeal must be formulated in writing and delivered to the office that issued it.

This is especially recommended for drivers punished for exceeding the speed limit because two-thirds of all issued tickets turn out to be wrongly issued, which is mainly associated with erroneous measurements. Modern devices allow accurate calculations, but when they are installed incorrectly or formatted, errors may occur.

Another reason for the cancellation of the ticket may be a fuzzy photographic evidence. When the number plates cannot be read, the ticket is illegal.

Objections or explanations must be delivered to the office/court on time. What counts is not the date of the postmark, but the date when the civil servant receives a letter on the desk. 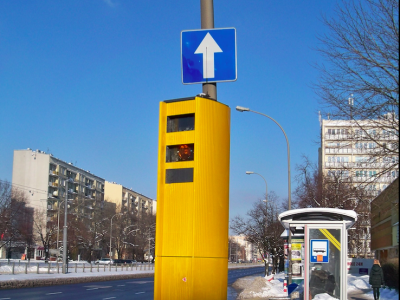 Sectional speed measurement on German B6... 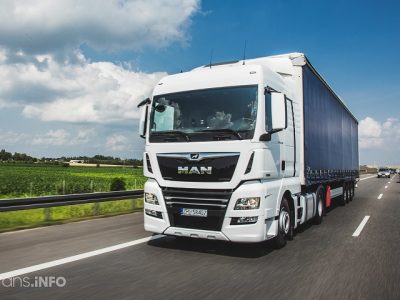 Check what changes await drivers and...

Sectional speed measurement on German B6 is legal. The court’s judgment opens th...
Check what changes await drivers and carriers in Europe in 2020
Spain: 2000 euros for spending the weekly rest in the cabin – in force from toda...