A lorry driver who didn’t have a driver’s license, smoked cannabis and spent his weekly rest in the cab was recently caught by the Swedish police. However, instead of penalising him, officers put the blame at the hands of his employer, gave the truck driver some food and water, and made sure he spent the night at a hotel to get proper rest. 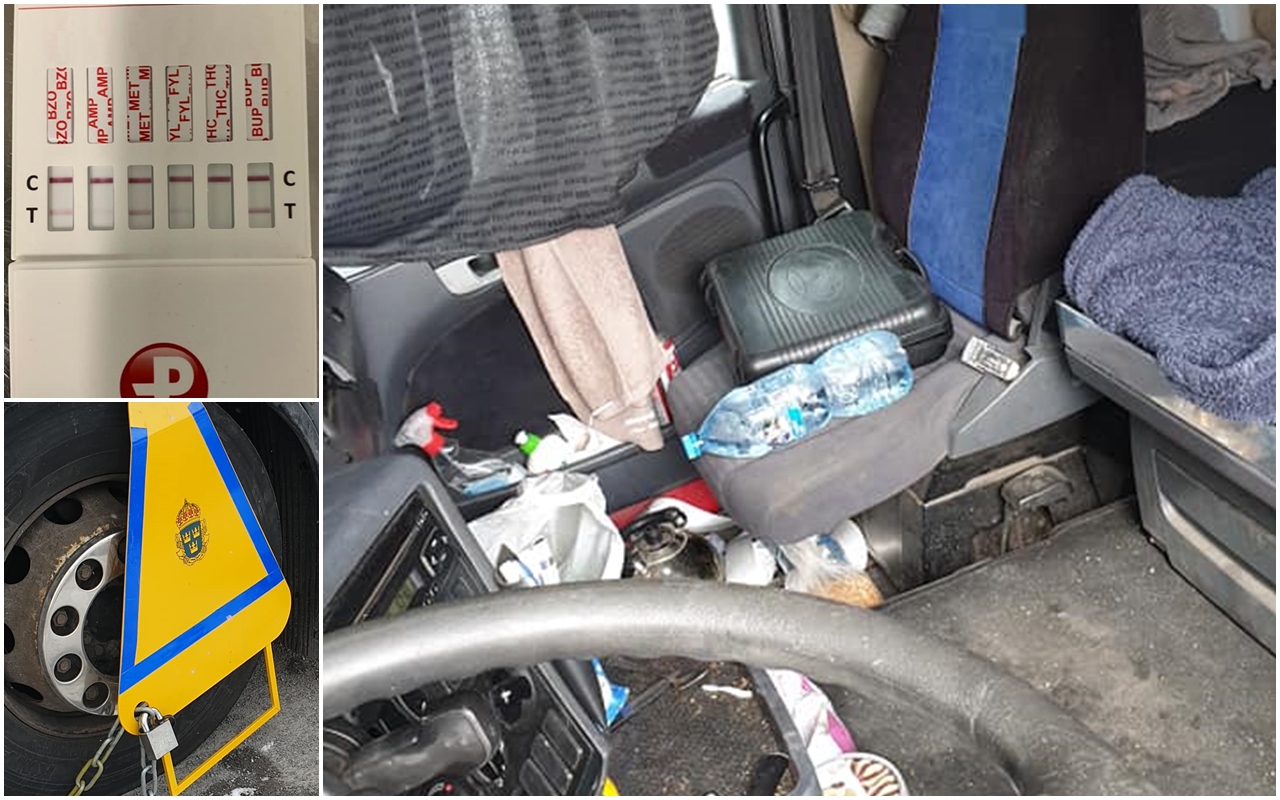 Last Sunday evening, Swedish police patrols inspected a truck driver and his vehicle. They found that the driver didn’t have a driver’s license, his rapid test for THC proved positive, so he must have consumed cannabis, and he spent his weekly rest in the cab.

Instead of fining him severely on the spot, Swedish officers decided to help him by providing him with some fruit, sandwiches and water, as he didn’t have any food or money.

The HGV, however, was clamped, and the employer received a fine of 20.000kr (approx 1,940 euros). Finally, the police ensured that the driver could spend a full weekend’s rest at a hotel at his employer’s expense.