The world economy has natural cycles of growth and regression. Some of them are regional, some global. In addition to this boom-and-bust cycle, we also encounter unpredictable and violent phenomena in economic life, having significant effects on the reality around us. American economist N. N. Taleb calls such events ‘Black Swans’.

We know them from the most recent history: the outbreaks of world wars, the 9/11 attack, the collapse of Lehman Brothers Bank. We also know them from today’s news: it’s the global coronavirus pandemic. A huge log has fallen under the wheels of the economy’s fast-paced train, and there is a rapid braking. However, as we struggle with the effects of this braking, we are already wondering about what awaits us in the future. What will supply chains look like when the economy starts to gain momentum again?

Just as the human body becomes more resistant after it fights a disease, so individual actors take preventive action, which we see on a macroscale as trends to increase the resistance of the economy to Black Swans.

So how might supply chains look like in a year’s time, and how might they look in five years’ time? Let’s start with the nearest future. Economists talk about the ‘V’ scenario (rapid deceleration and rapid growth after the crisis) or the ‘U’ scenario (growth preceded by stagnation), favouring the latter.

Using the example of a heavy locomotive with lots of wagons, it is unlikely for it to start immediately at full speed, even if you throw a lot of fuel into its boiler in the form of aid and economic activation measures. The pandemic wave is sweeping through the world, reaching its peak in Europe and the United States, with China already in the declining phase. Companies are already taking preventive actions. As far as the consumer electronics industry is concerned, Apple announced that it plans to move some of its production to India, Taiwan and Vietnam.

The automotive industry is also very much affected by the epidemic. China is currently one of the world’s largest markets for new vehicles and an important location for manufacturers and suppliers (China is one of the largest exporters of automotive components). Some manufacturers have postponed the start of production in their factories in China because of the epidemic.

Not only has production been significantly reduced, but transport is also severely restricted due to border controls and closures and lockdowns or quarantines affecting factories, airports and seaports. Air transport capacity is very limited or only available at a premium price. The consequence of this is already a shortage of supply of raw materials and semi-finished products, causing worldwide production downtime and affecting global chains.

Demand in Europe and the US has fallen dramatically, but there are already some signs of recovery in China. Andreas Renschler, director of the commercial vehicle division of VW said in an interview for “Wirtschaftswoche”: “There are already orders for Scania trucks in China that we can’t handle at the moment because we had to stop production temporarily.”

In the near future, we still have to face obstacles in production and transport that need to be taken under consideration in terms of delivery dates, both under new and already signed contracts.

Regardless of the current problems, it is important to think about the future. The investment cycle in the case of a new logistics facility, from concept to commissioning, takes about 2 years, and due to the current problems mentioned above, it may be even longer. This means that a facility designed today will start operating after the worst period will be over. So whoever makes bold investment decisions today (revising of course the growth forecasts for the coming years) will be one step ahead of the competition tomorrow. John Allen, President of the Brookings Institution, a retired U.S. Marine Corps General and former commander of the U.S. forces in Afghanistan, said briefly in a prediction for Foreign Policy: “History will be written by the ‘victors’ of the COVID-19 crisis.”

So how do you become this winner? Here it is important to look further ahead and consider what lessons companies will learn from the pandemic and what supply chains might look like in five years’ time, for example. COVID-19 may undermine the basic assumptions of global production. Global, heavily branched supply chains, with millions of components transported across the planet, may not survive in their current form.

The importance of local production and strategic stocks stored locally may increase. According to German futurologist Matthias Horx,

“The global system is drifting towards Glocalization. Companies will now redevelop and reduce the multi-stage, multinational supply chains that dominate production today”.

Global supply chains were already under pressure before the pandemic due to rising labour costs in China, President Trump’s trade war, or advances in robotics, automation and 3D printing. COVID-19 can accelerate this process of change by breaking the links in the supply chain prematurely.

In the post-pandemic reality we can witness the birth of new models of cooperation (e.g. sharing of human resources, already implemented by Aldi and McDonalds in Germany), new legal requirements (e.g. required national reserves and contingency plans for strategic industries). The profitability of supply chains may consequently decrease, but supply stability should increase.

What can we recommend? Do not freeze, but carefully pursue your investment plans. Implement three-stage risk management – identification of threats – implementation of short-term actions – development of a long-term risk minimisation plan.

If you are interested, please read the publication “Supply Chain Risk Management. How can companies avoid a coronavirus supply chain drama?” on our website. 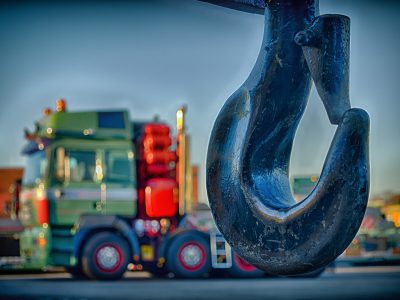 Transforming your supply chain from linear... 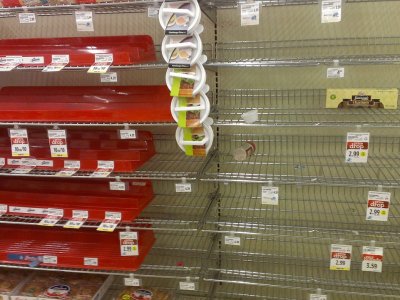 This is how the coronavirus pandemic...

Transforming your supply chain from linear to circular
This is how the coronavirus pandemic affects global supply chains
6 best practices for third-party logistics companies to differentiate from compe...