Project of the century ready for trial operation. First trains in the new railway tunnel through the Alps 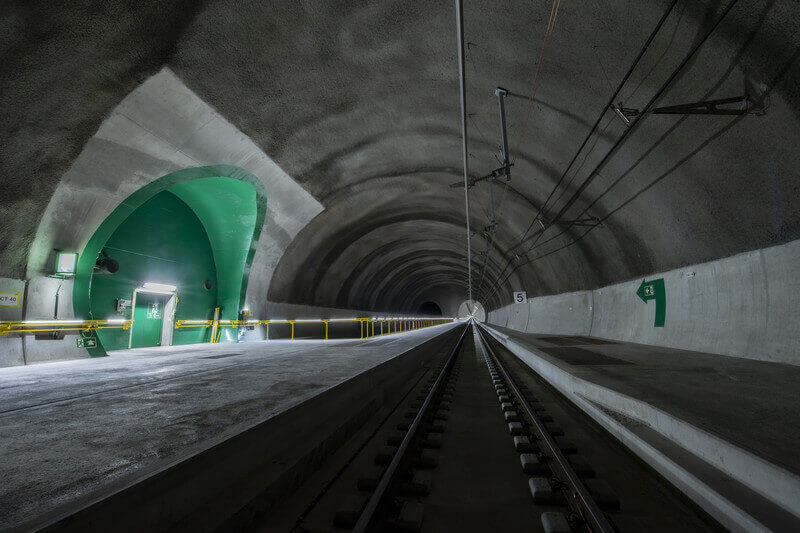 At the end of the year, the Ceneri railway Base Tunnel is to be launched. This will complete the project of the century – a new railway connection through the Alps. For freight transport, this means shorter transit times and lower costs.

The Ceneri Base Tunnel is 15.4 km long and connects Camorino near Bellinzona to Vezia near Lugano. On 4 September, the tunnel contractor AlpTransit Gotthard AG (ATG) handed over the facility to the SBB operator, which allows freight and passenger trains to start trial operation. Commercial operation will be launched on 13 December 2020.

The Ceneri Base Tunnel is the last element of the New Railway Link through the Alps (NRLA). With three new base tunnels across the Alps and an extension of access routes, the north and south of Switzerland and Europe will be connected. The Lötschberg base tunnel has been operating since 2007. The Gotthard tunnel was commissioned in 2016. At 57 kilometres, it is the longest railway tunnel in the world. In December this year, with the commissioning of the Ceneri base tunnel for commercial use, the NRLA project will be finally completed.

The new railway links are important both for passenger and freight traffic. The Ceneri Base Tunnel will provide additional capacity for more than 3,000 trailers per day, thus speeding up the transition from road to rail. Furthermore, transport time along the Rhine-Alps corridor between Genoa and Rotterdam can be reduced by up to two hours, which will save costs.