project44 Q2 ARR exceeds that of next 6 visibility companies combined

Supply chain visibility giant project44 has outlined its dominant position in the market by announcing record growth in Q2 as well as Q2 ARR that exceeded the sum of the next top six visibility companies combined for the same quarter. 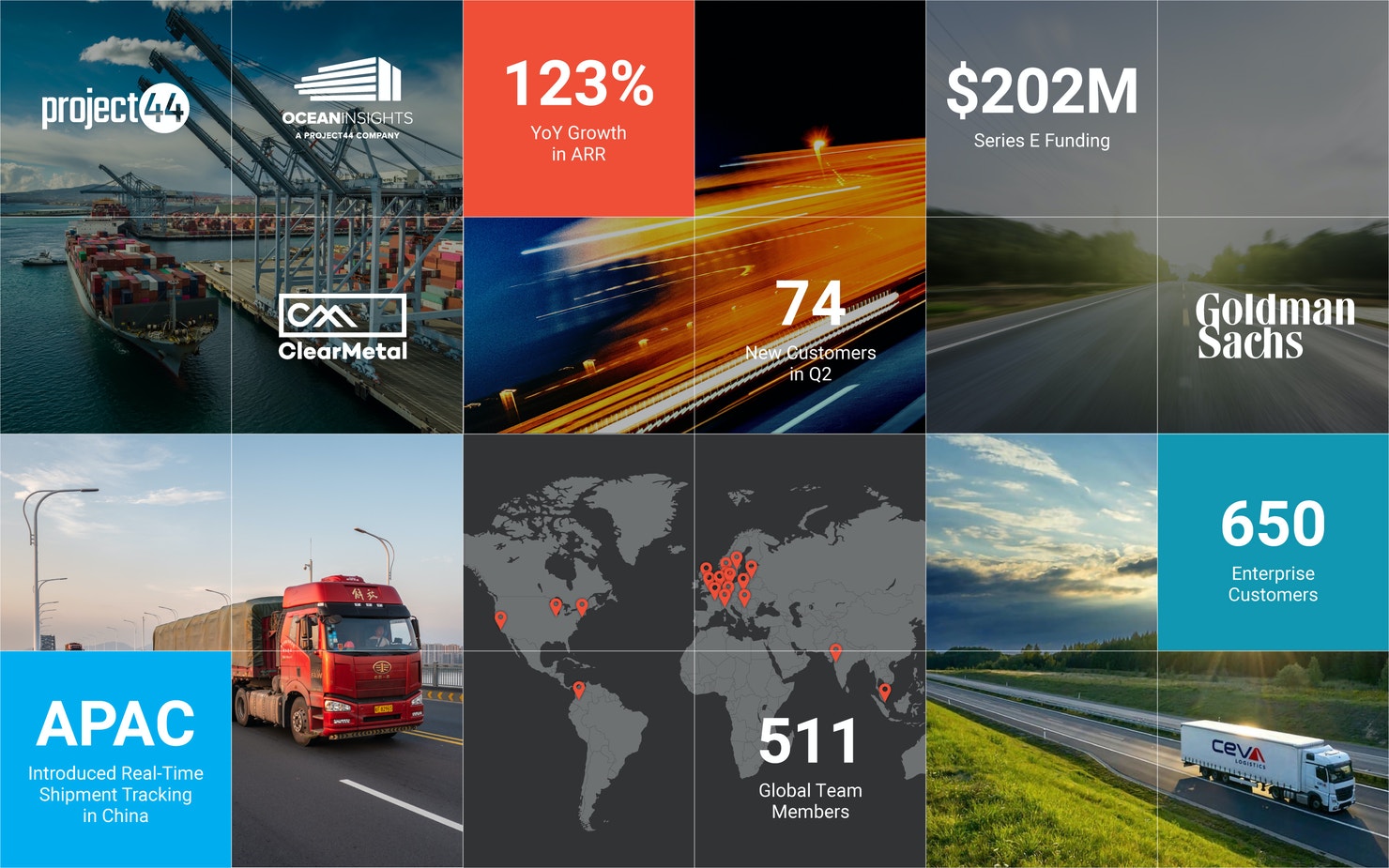 In a statement summing up its Q2 performance and results, project44 said it was already the largest visibility platform company as measured by ARR, customer count, and carriers.

According to the company, global supply chain disruptions, coupled with significant market excitement surrounding the acquisition of ClearMetal and Ocean Insights, resulted in a surge of customers in the last quarter.

The project44 Platform now supports more than 680 global shippers and third-party logistics providers, and offers visibility into a network of more than 110,000 multimodal carrier integrations and 1.8M assets.

“Over the past year, nearly every organization across the globe has dealt with the impact of supply chain disruptions caused by hurricanes, trade wars, port blockages, floods or the global pandemic,” said Jett McCandless, CEO and founder of project44. ​“These organizations are flocking to our multimodal visibility platform because it helps them get ahead of challenges before they happen and move from a reactive posture to a more agile, proactive approach.”

project44’s Q2 announcement follows a number of high profile developments at the company. In recent times, project44 has secured $202M through its Series E funding round, which was co-led by investors Goldman Sachs Asset Management (Goldman Sachs) and Emergence Capital.

In addition, the company has acquired ClearMetal and Ocean Insights, deals it says helped to drive 74 new customers to the platform in Q2 – including 44 new global shippers.

“To say that project44’s Ocean Insights and ClearMetal acquisitions have been well-received by our customers and the market would be an understatement,” said McCandless. ​“With ClearMetal data science and machine learning expertise allowing us to solve the core challenges of multimodal transportation visibility and ETAs for our customers, and Ocean Insights allowing us to fill the ocean visibility gaps that customers had previously faced, the value that the project44 Platform delivers to our customers has increased exponentially, resulting in an explosive quarter.”

On top of that, project44 has signed a partnership with CEVA Logistics to expand its footprint in countries including Brazil, Italy, United Kingdom, Turkey, Netherlands and Australia.

In its statement, project44 also highlighted the number of well-known companies who use its services. It says the following are among its clients:

In addition, the company has announced a a 223% increase in new customers selecting project44 in Europe year-over-year. As for Asia, in April the company announced real-time shipment tracking services in China in order to offer its customers the same transportation visibility in Asia Pacific that it provides across North America and Europe.

project44 doesn’t seem to be holding back when it comes to innovation or development either. The company says it has continued to invest in platform, ecosystem and data science capabilities to enhance its end-to-end supply chain visibility.

When it comes to acquisitions, project44 also sounded positive about there being more, stating that “the company is uniquely positioned to attract and acquire other top companies in respective logistics categories.”

Back in April, project44 was named as a Leader in the 2021 Gartner Magic Quadrant for Real-time Transportation Visibility.

The only other competitor in the same “leaders” quadrant was Fourkites, with 8 others in the “challengers” quadrant. Given the level of growth, investment and development project44 has had in the last quarter, it appears that the challengers will have their work cut out.