Appeals to block the transport of goods by truck from Poland to Belarus continue. Since the weekend, a ‘civil blockade' in Poland has halted the movement of trucks bound for Belarus. Meanwhile, the Polish-Ukrainian Chamber of Commerce has also urged companies to stop trading with Russia and Belarus. 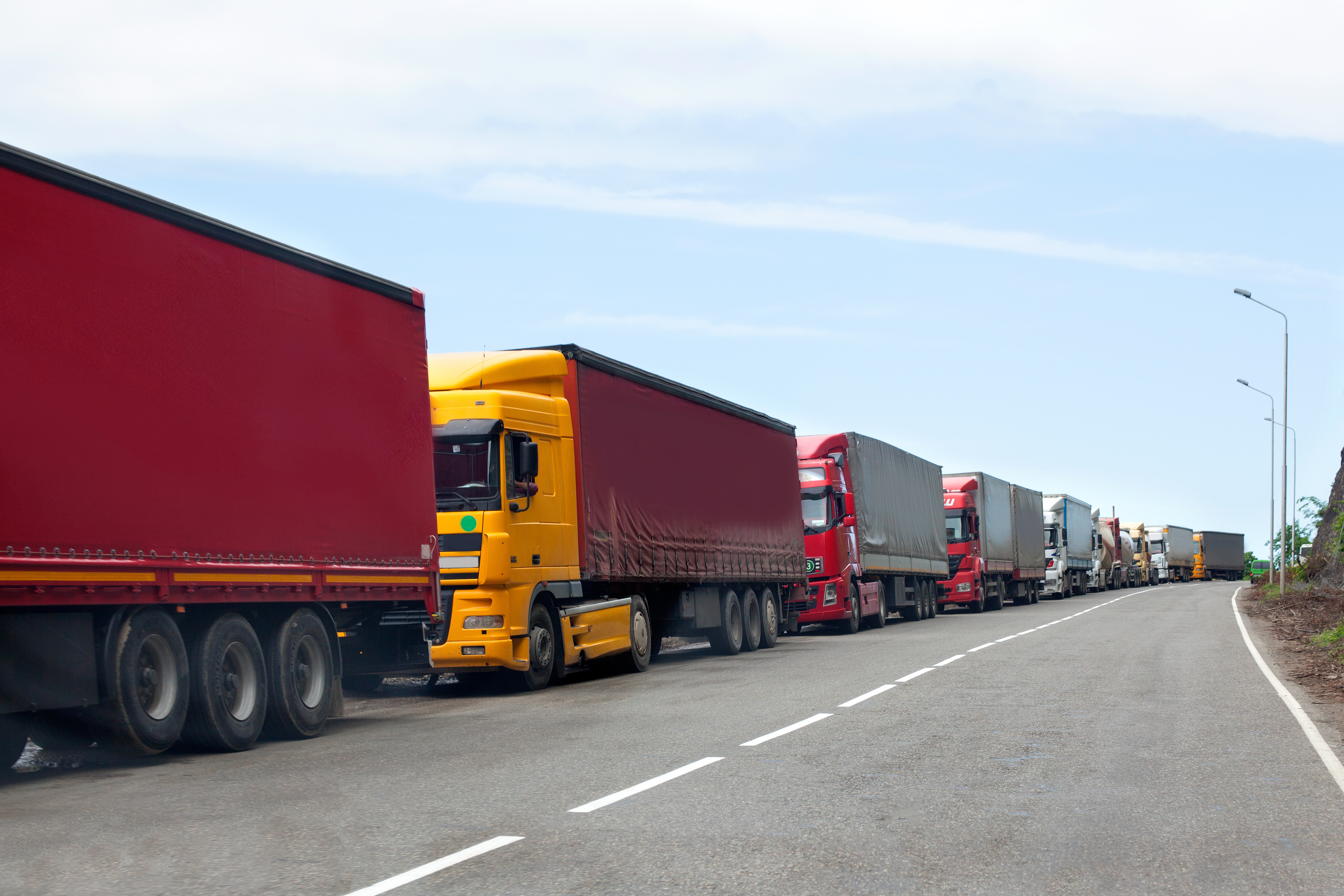 The civil blockade in Poland is active on the country’s national road 68, which leads to the Kukuryki-Kozłowicze border crossing. A group of people are blocking the section between Wólka Dobryńska and Koroszczyn, thereby making it difficult for trucks with Russian and Belarusian registrations to travel.

“The police are securing the scene of the incident,” says the regional roads authority in Białystok.

Every 20 to 30 minutes the trucks are able to pass. Local media reports nonetheless states that the protest is to last indefinitely, while the traffic jam caused by the protest was around 16 km long yesterday morning. As a result, the waiting time for the border crossing in Koroszczyn had increased to 25 hours according to the Border Guard.

Those taking part in the so-called civil blockade do not agree that trucks carrying goods should be allowed from Poland into Belarus and Russia.

“The sanctions that the EU has introduced regarding trade with Russia and Belarus are very official and theoretical. Trucks on Belarusian and Russian boards continue to run ,” notes one of the protesters, who was quoted by money.pl.

Poland’s National Tax Administration writes that “Only goods not subject to export sanctions are exported from the EU,” and that officers carefully check the contents of the trailers during inspections.

Call for deliveries to be stopped

Is that enough? According to the Polish-Ukrainian Chamber of Commerce, it is evidently not.

In an emotional appeal, the organization called on the Polish government to “take swift and decisive steps in order to effectively isolate trade with Russia and Belarus.” It also pointed out that Polish and Ukrainian businesses are suffering from hostilities in Ukraine, while “European Union businesses continue to supply the regimes in Russia and Belarus.”

“We appeal to the companies that trade with Russia and Belarus during the aggression against Ukraine to cease deliveries. You are doing business with those responsible for genocide!” the Chamber of Commerce said in a statement.

The Transport and Logistics Poland association, which represents hauliers, has recently called for a package of changes that would make it easier for Polish carriers to resign from delivering to countries responsible for the attacks on Ukraine. The organization also wants support for businesses who cannot deliver to Ukraine due to the war.

Therefore, TLP has appealed to the government, for compensation to be given to exporters, and for incentives to be given to hauliers to withdraw from carrying out transports to Russia and Belarus. The incentive could be the opportunity to do transport orders from state-owned companies, suggests TLP.