Ranking of the best manufacturing locations in the world. Guess which European countries are in the top 10. 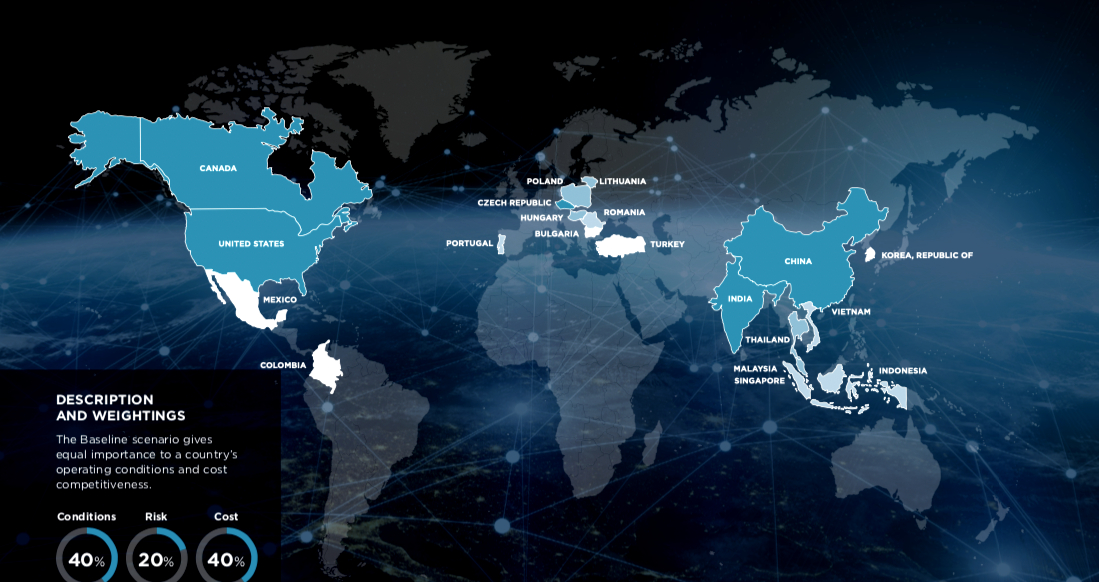 The best locations for expansion or relocation of manufacturing operations in the Americas, EMEA and Asia Pacific are China and the United States. The Czech Republic, Poland, Lithuania and Hungary are also in the top 10, according to the report of international advisory firm Cushman & Wakefield.

The Manufacturing Risk Index report presents a list of 48 best locations for production, which were selected based on 20 variables. These are the basis for three weighted rankings, which cover business conditions, risks and costs. The data on which the authors of the document relied on comes from a variety of credible sources, including the World Bank, the United Nations Conference on Trade and Development (UNCTAD) and Oxford Economics.

China and the USA at the top, 4 European countries are in the top 10

According to the Cushman & Wakefield report, the leading location according to the baseline ranking is China. In this ranking, business conditions and cost competitiveness are equally important. The United States came second, followed by Taiwan, India and Canada.

Among European countries, the highest – sixth – place was taken by the Czech Republic. Poland was in 7th position. Lithuania (9th place) and Hungary (10th place) were also highly rated in the baseline ranking. 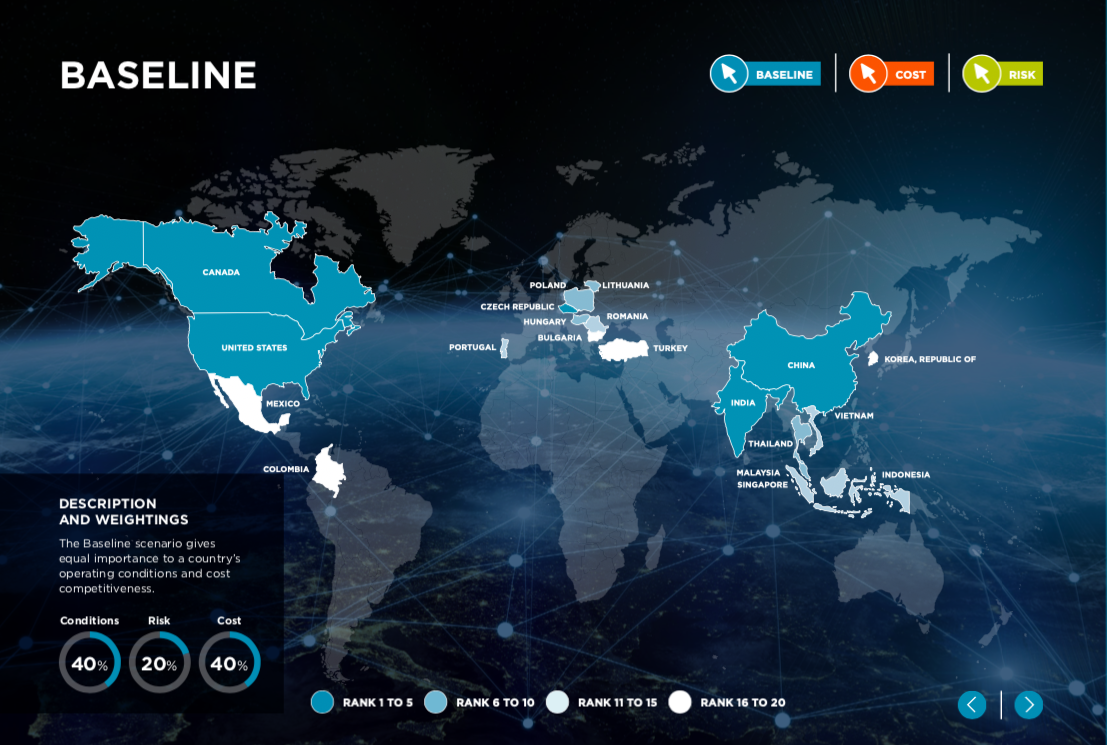 In turn, China remains the leader in the second ranking of locations by the cost of doing business (including labour costs). In the top ten, there were only two countries outside Asia – Lithuania in 8th place and Romania in 9th place. 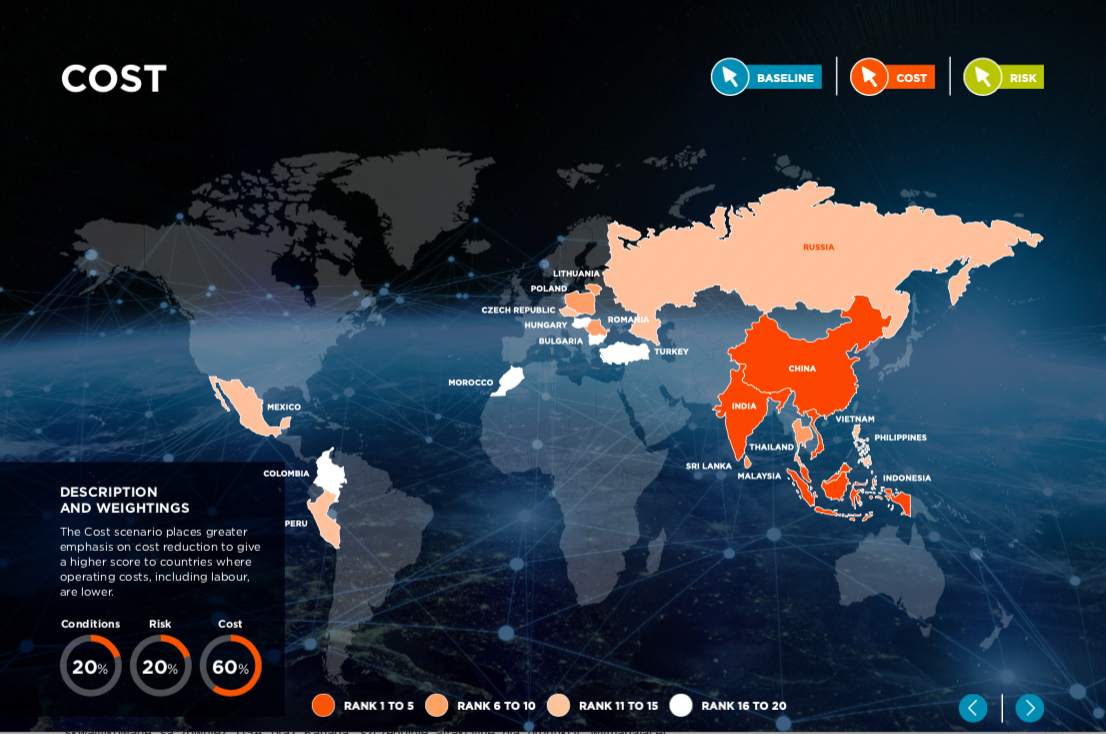 As far as the ranking analysing geopolitical risks are concerned, half of the top ten are European countries, and the United States is in the lead. China was ranked 5th. 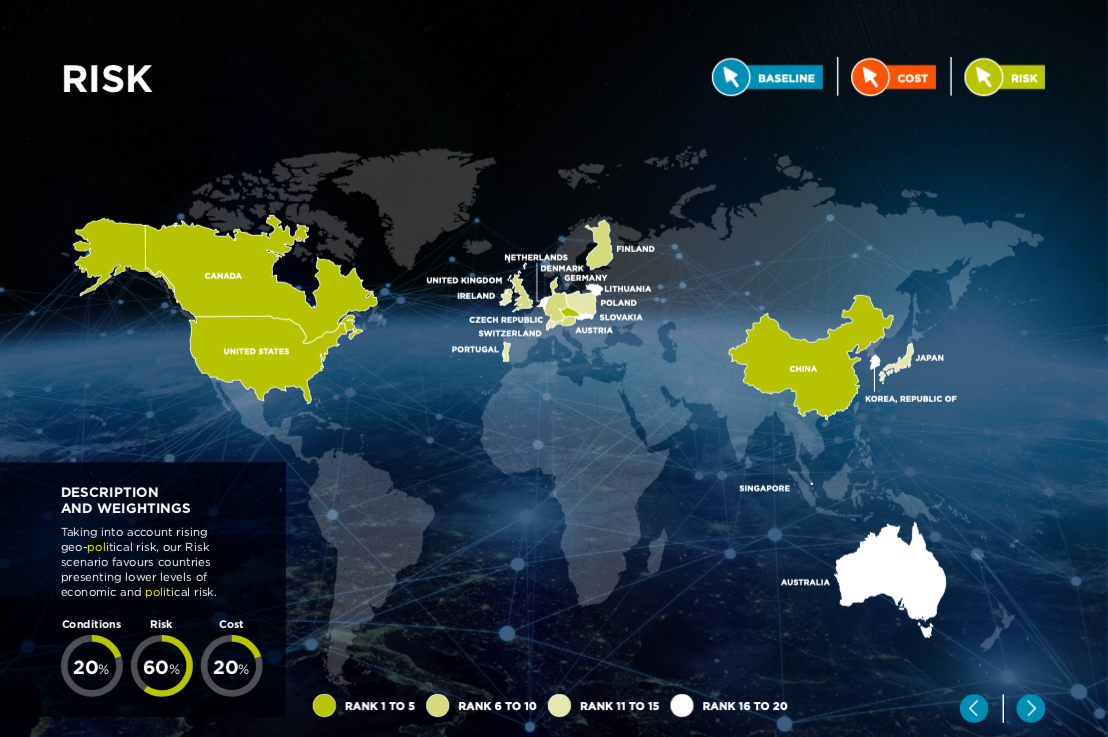 Protectionism is a threat

The authors of the report point to factors important for investors. “Protectionism and nationalism may be jeopardising global and regional production lines and supply chains,” reads the report.

In addition, C&W experts draw attention to the potential effects of Brexit. “In Europe, the outcome of the ongoing negotiations on Brexit will redefine regional production lines and national and international flows of goods,” the authors of the report forecast.

Countries that invest in platforms to facilitate the delivery of goods to production lines and their collection will be successful. In China, efficient supply chains are the result of significant investment in infrastructure development and multimodal transport, including rail and maritime infrastructure projects under the New Silk Road, and other incentives. These factors offset concerns about intellectual property protection,” comments Robert Hall, Head of Logistics and Industrial Property in EMEA, Cushman & Wakefield.