BP’s Head of UK Retail, Hanna Hofer, has reportedly told the UK Government that it will soon have to restrict the amount of deliveries to its petrol stations as a result of the HGV driver shortage. 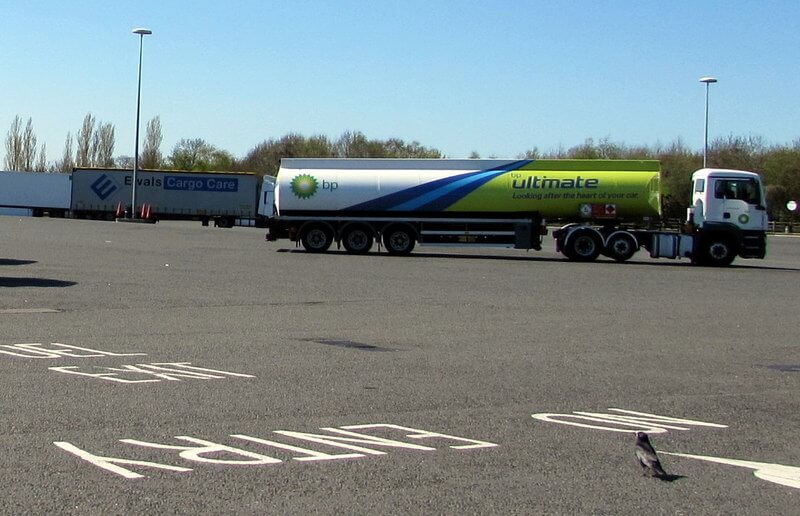 As Joel Hills of ITV News writes, the BP retail head told ministers at a meeting on Thursday that the company had “two thirds of normal forecourt stock levels required for smooth operations” and that the level is “declining rapidly”.

This, it is said, will mean running 80% of services levels to 90% of BP’s forecourt network. As a consequence, many of its petrol stations will not be restocked for one-and-a-half days a week.

The news comes roughly two months after BP had to temporarily close a “handful” of its petrol stations due to driver shortages.

In a statement published by ITV News, a spokesperson for BP said:

“We are experiencing fuel supply issues at some of our retail sites in the UK and unfortunately have therefore seen a handful of sites temporarily close due to a lack of both unleaded and diesel grades. These have been caused by delays in the supply chain, which has been impacted by industry-wide driver shortages across the UK and we are working hard to address this issue. We continue to work with our haulier supplier to minimise disruption and to ensure efficient and effective deliveries to serve our customers. We apologise for any inconvenience caused.”

Meanwhile, a company who supply medical goods has said that the driver shortage could impact the NHS. Direct Healthcare Group (DHG), which is an NHS supplier of hospital beds; is said to be having difficulties delivering to hospitals.

“What we’ve seen post-Covid pandemic is a strain on our supply chain and a lack of ability to source raw materials and containers across the globe. This has now been compounded with Brexit and a UK logistical challenge around getting HGV drivers to both deliver and also collect goods.”

The two stories above are just the latest about the driver shortage to make headline in the UK.

Earlier today, the National Farmer’s Union once again urged the UK Government to implement a visa scheme to alleviate labour shortages. On top of that, a Tesco representative yesterday warned of panic buying in supermarkets by Christmas.