UK Transport Secretary Grant Shapps has painted a positive picture regarding plans to alleviate the country's HGV driver shortage, telling the Commons' Transport Committee yesterday that the crisis is improving “week by week". However, Tesco's UK distribution and fulfilment director has told ITV News that the supermarket chain are still 800 drivers short, and that he is concerned there could be panic buying by Christmas. 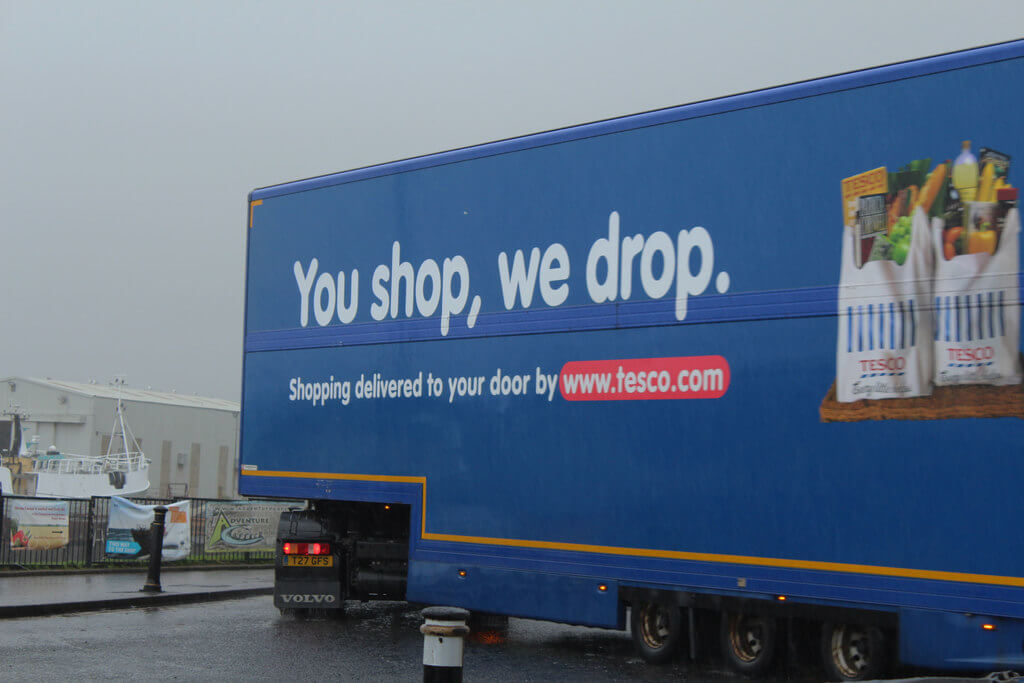 Photo © Copyright Billy McCrorie and licensed for reuse under this Creative Commons Licence.

During yesterday’s select committee, Shapps reiterated the government’s assertion that other countries are suffering similar shortages. He also blamed low-cost labour from abroad for laying the foundations of the shortage:

“First of all, this is absolutely global. But we’ve had an additional systematic issue in this country for a very long time. We’ve continually allowed our domestic market to underperform by simply having wages undercut by people coming in prepared to do the job for less and in pretty bad conditions sometimes. That’s the wider picture we’re determined to resolve. We’ve seen a very welcome rise in salaries. I think this will provide incentive for people to come into this market.”

Shapps admitted that facilities needed to improve, but suggested that the government had been “working on conditions at truck stops for a long time.” One would expect a number of drivers to dispute that claim in particular.

Shapps’s claim that the driver shortage situation was improving did not correspond with comments made recently by Andrew Woolfenden, Tesco’s UK distribution and fulfilment director.

Despite Tesco offering £1,000 bonuses to new recruits since July, Woolfenden told Joel Hills of ITV News that the retailer had only managed to recruit as many drivers as it had lost to its competitors.

Mr Woolfenden told Hills that companies' attempts to recruit from the same, limited pool of drivers was akin to  “moving deckchairs around”.

“Our concern is that the pictures of empty shelves will get ten times worse by Christmas and then we’ll get panic-buying,” Mr Woolfenden is quoted as saying.

As reported by ITV, in a meeting organised by the Cabinet Office last Thursday, major companies admitted drivers knew they were in demand and had been changing employers to net better pay. In the same meeting, McDonald’s reportedly told the government that some its drivers left to work for Amazon and that the company has struggled to recruit replacement staff.

Photo © Copyright Billy McCrorie and licensed for reuse under this Creative Commons Licence.