Edits to the European Commission's Q&A webpage on the EU Mobility Package indicate that the mandatory return of trucks rule does not in fact apply to trailers. 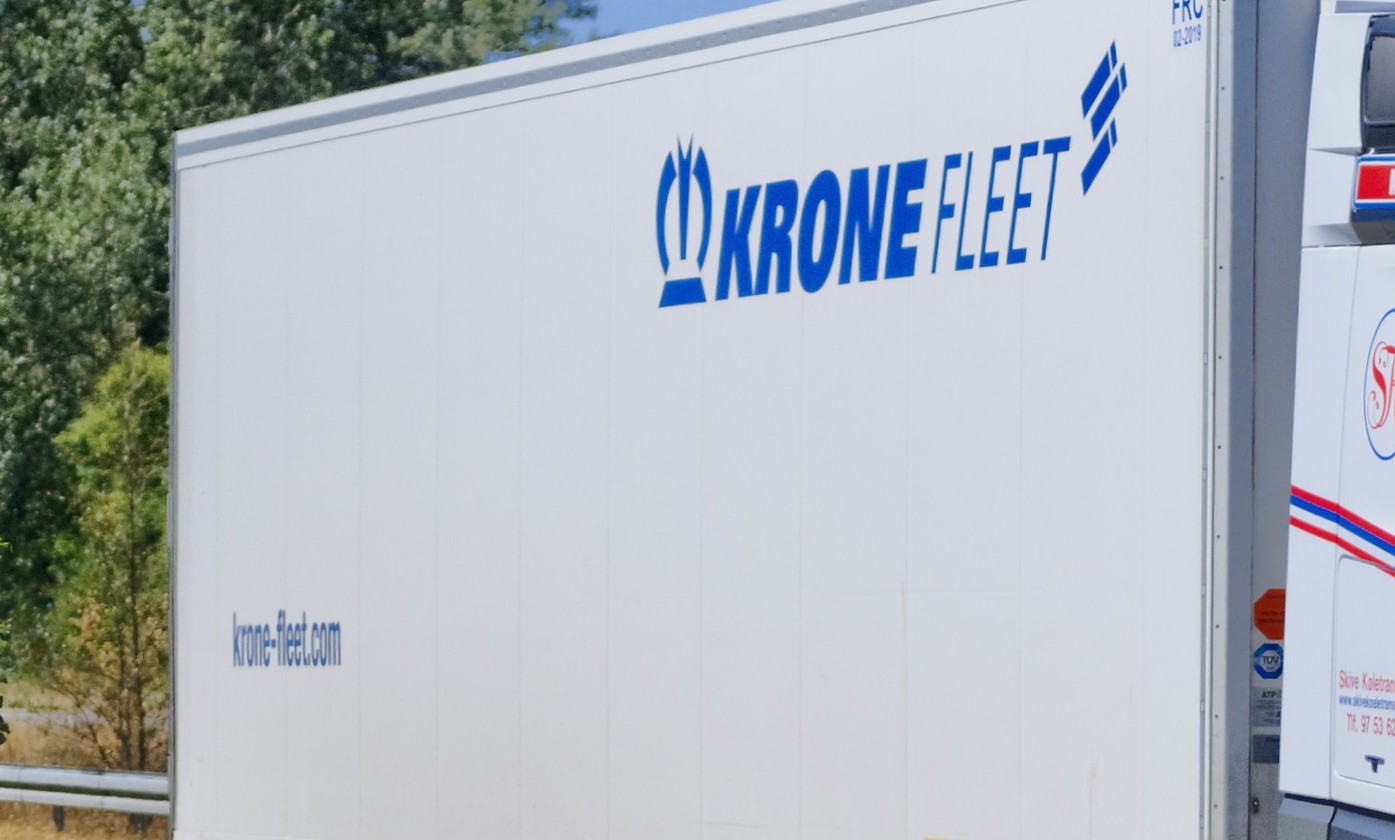 The interpretation of the Commission, which had stated the return of trucks rule also applies to trailers, has been hotly contested by some haulage associations.

For those unfamiliar with the rule, it requires a lorry to return once every eight weeks to the place of business from which the company is run. It was introduced in February as part of the EU Mobility Package.

The rule in itself was already disliked by haulage associations from Eastern and Central European nations, who believe the regulation creates needless pollution caused by excess travel and hurts hauliers from their respective countries financially.

However, when the EU Commission’s guidance stated the rule also applied to trailers, haulage associations from Western European countries like the Netherlands and Denmark also became critical.

“How do you keep track of the return of a semi-trailer? After all, the trailer does not have a tachograph. As a haulier, how do you know whether a trailer has returned at all if you couple a trailer, for example in ferry transport?” asked TLN, the Dutch road transport association, when commenting on the guidance in June.

In mid-August, Denmark’s Minister of Transport even said that Denmark would “not be bending” to the European Commission’s interpretation of the return of trucks rule in the Mobility Package.

The guidance on the EU Commission’s Q&A webpage started by explaining which vehicles fall under the rule. The paragraph that had surprised some European road transport associations read as follows:

“This rule applies to motor vehicles or combinations of vehicles used for the international carriage of goods for hire or reward that leave the Member State of establishment. As regards trailers or semi-trailers, this rule applies to them to the extent that they are at the disposal of the road haulage operators within the meaning of points (e) and (g) of Article 5 of Regulation (EC) No 1071/2009 and as such are registered or put into circulation and authorised to be used in conformity with the legislation of the Member State where the undertaking is established […]”.

However, as the cross comparison of the previous and current guidance below shows, the aforementioned reference to trailers has been omitted. 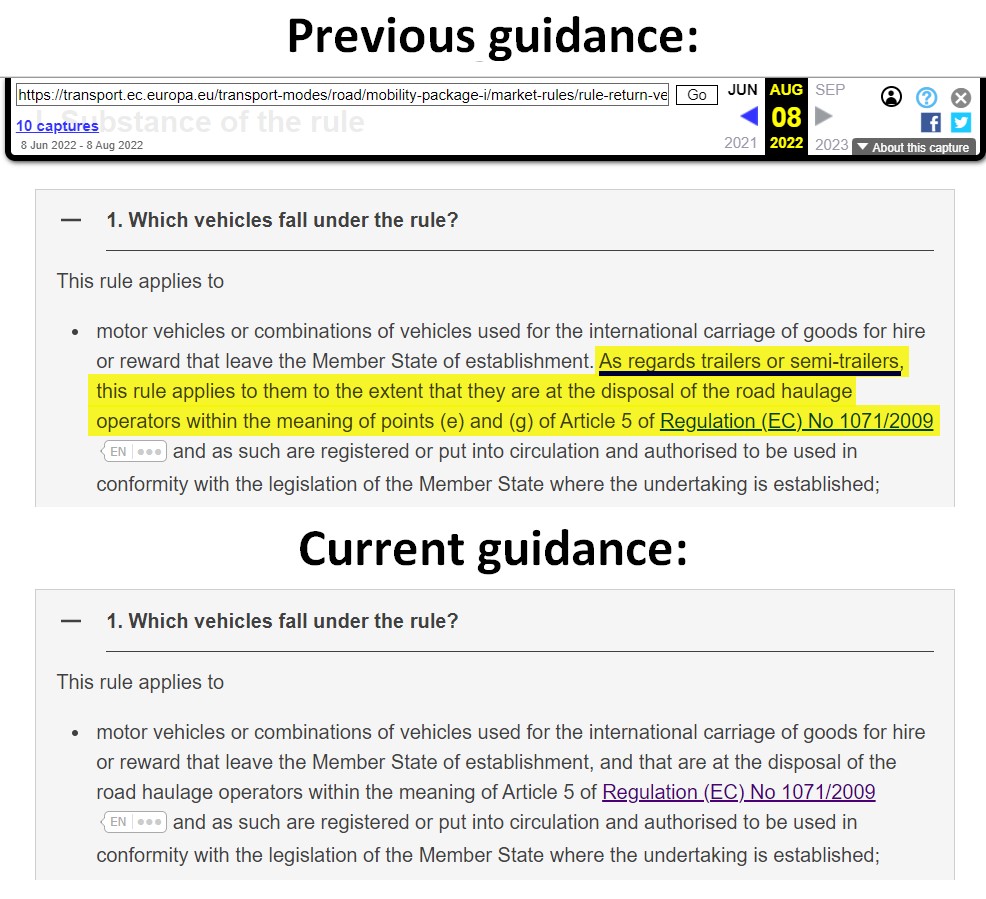 The change was recently referred to by Danish road transport grouping DI Transport.

“It would have had incalculable consequences for road freight transport in the EU if the semi-trailers had to be moved around Europe empty to reach their home country. Therefore, it is very positive that the EU Commission has changed their guidance. There is a need to increase capacity and energy efficiency in road freight transport in the EU. Many limitations, such as the one where trucks have to return home every 8 weeks should be softened. That must be the next step”

Trans.INFO has reached out to the EU Commission’s Directorate-General for Mobility and Transport for absolute clarity on the matter.