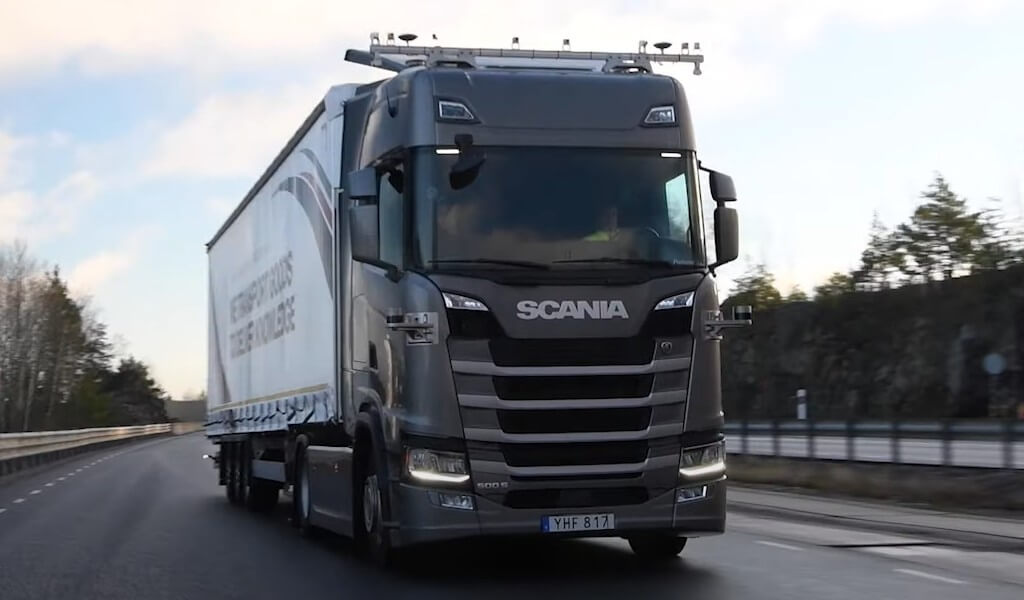 Scania has been granted permission by the Swedish Transport Agency to test self-driving trucks on Sweden’s E4 motorway between Södertälje and Jönköping.

The trucks will be driven autonomously, but also monitored for safety reasons by a driver. The test vehicles are expected to start rolling at the end of the first quarter.

During the tests, an engineer will also be on board in order to verify the information transferred to the lorry from the sensors that enable autonomous driving. Scania also plans to extend the tests later in the year to cover the entire section of road between Södertälje and Helsingborg.

Hans Nordin, who is responsible for the Hub2hub project, believes Scania is the first in Europe to test the technology on a motorway and with payload.

Nordin also says the experience from the tests will show autonomous vehicles can become a reality in just a few years – at least when it comes to transport in closed areas such as mines and terminals.

“We have come so far in the development of self-driving vehicles that the technology can be ripe to be introduced to the market within five years when it comes to this type of transport. On the other hand, it will take longer before autonomous vehicles for driving on roads with two-way traffic and in urban environments becomes a reality,” says Nordin.