See what benefits the Pallet Shuttle system can bring to your warehouse. Logistics 4.0 in practice. 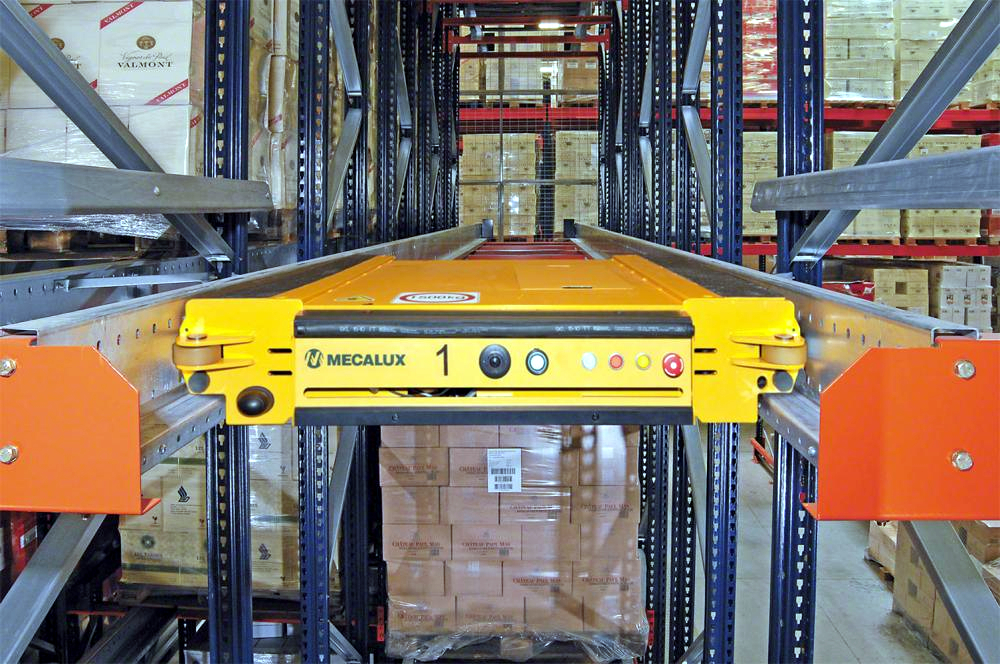 WISAG Industrie Service Holding is part of a group offering services for the commercial and residential real estate market, industry and airport ground services. Recently, significant changes were made to the group’s logistics centre, where, among other things, the Pallet Shuttle system was introduced.

WISAG Industrie Service Holding provides comprehensive services for the industrial sector, including plant management, maintenance and cleaning, logistics and production support as well as industrial assembly. The company has over 9,000 customers and employs about 13,500 people in over 70 branches in Germany. Its seat is located in Frankfurt am Main. With such a wide range of activities, optimal warehouse management (efficiency, effectiveness, capacity and control) is particularly important.

WISAG Industrie Service Holding has thoroughly modified the equipment of its logistics centre in Krefeld. The aim is to easily and quickly coordinate all processes in the warehouse and to be able to monitor them on an ongoing basis. Racks with the semi-automated Pallet Shuttle system and Easy WMS warehouse software are meant to help.

The Pallet Shuttle is an accumulation storage system in which special autonomous vehicles are used to handle pallets in the rack area instead of traditional forklift trucks. They move without an operator. Because the forklift truck does not have to enter the aisles, the warehouse gains in depth and thus in capacity. On the one hand, this significantly reduces the service time, while on the other hand, it creates the possibility of grouping the articles according to channels instead of full aisles.

A warehouse worker uses a tablet to give commands to a Pallet Shuttle, which are transmitted over a Wi-Fi network. The commands refer to putting the pallet back in place or pulling it out.

The software interface for managing Pallet Shuttle functions is intuitive and requires no staff training. Its basic functions are: FIFO/LIFO configuration, rack side change (selection of the rack side for goods handling – in FIFO mode), multiple insertion/extraction. The positioning camera makes it easy to place the shuttle on rails in the channel.

The shuttle places the picked load in the first free space, maximising the density of the stored pallets.

A pallet centring unit, mounted at the entrance and exit of the channel, corrects the position of the pallet, ensuring safe storage of goods. Access to channels during operation is controlled by a security scanner.

The Pallet Shuttle system, therefore, on one hand, improves the handling and on the other, minimises the risk of damage to racks and stored goods.

It is a suitable solution for warehouses with a large number of pallets per storage unit, where loading and unloading operations are very frequent. This is the case with WISAG.

Among the main advantages, the system suppliers list the following:

Warehouse management system Easy WMS optimizes the work of operators, indicating the next steps to be taken on tablets. This software operates the Pallet Shuttle units and checks their condition. It also offers a number of other functionalities, such as the ability to easily modify the warehouse load distribution system or the choice of storage method (FIFO or LIFO),” comments Michael Lederer, Logistics, Production and Support Manager at WISAG.