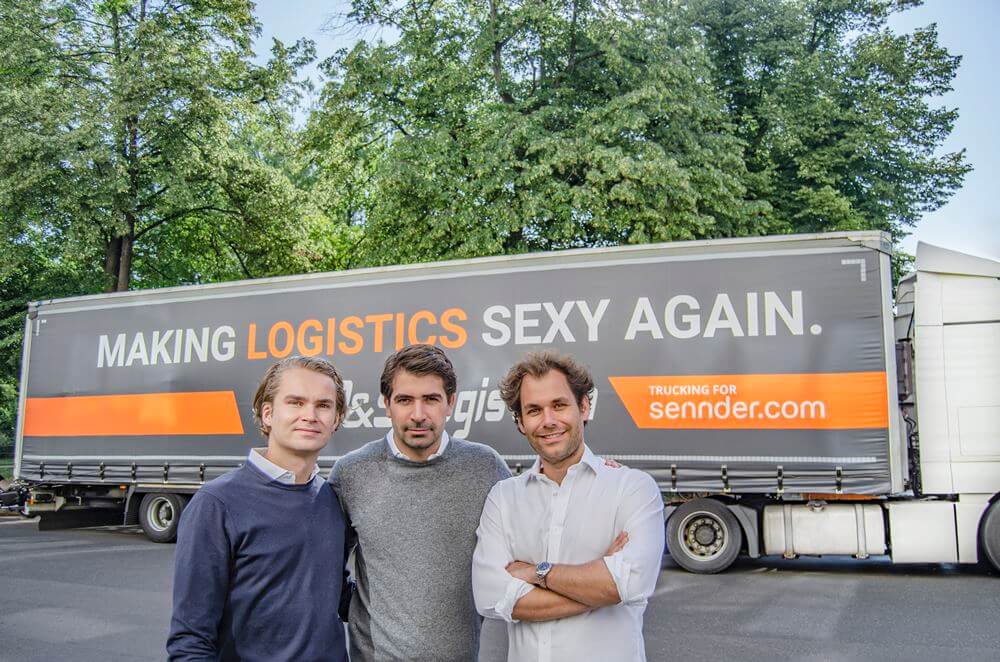 In August 2016, David Nothacker, Nicolaus Schefenacker and Julius Köhler launched an online platform that connects large trading companies with small carriers using their proprietary technology. The start-up company sennder quickly established itself as the key player in the market and continues to grow despite the Corona crisis.

The customer and carrier portfolio of sennder extends across Europe. Offices are located in Germany, Italy, Spain, Poland and Latvia. France is planned for 2020, with further locations to follow. sennder currently carries out more than 25,000 transports per month and works actively with over 3,000 carriers. The young company currently focuses primarily on the enterprise segment and therefore works almost exclusively with national and international corporations.

In the long term, however, we also plan to work with medium-sized companies, says co-founder Julius Köhler.

The transport partners work on a credit model and can receive their payment within 72 hours after submitting the freight documents. It should be emphasized that sennder is the contracting partner in every transaction and earns through market price differences.

When asked about the start-up’s USP compared to other providers, Köhler has a clear answer:

sennder differentiates itself primarily by the unrestricted capacity, the flexible handling of large volume fluctuations and finally by a competitive price by bypassing middlemen.

Unscathed by the Corona crisis

Thanks to the fact that the start-up company is completely digital, it has hardly felt the negative consequences of the corona crisis.

As a company, we are completely digital and differ significantly from traditional market players. In the first step, we were able to instigate Home-Office-protocol across all locations (Berlin, Wroclaw, Madrid and Milan) without any problems to ensure the safety of our employees.  In the second step, we then reallocated capacities to ensure that our partners were fully utilized. At the same time, the cargo hold is of course also guaranteed to our customers, says Köhler.

With around 20 new starters per month, sennder continues to grow rapidly. As a result of the crisis, the company has moved even closer to its carriers and its customers. The top priority for the start-up now is to maintain the value chain – with or without delays, which often cannot be influenced due to limits.

We are fully expandable on the part of our IT and workforce, so despite the increasing number of inquiries, there is no impairment to our customers. We continue to grow extremely rapidly with around 20 new uptakes per month, spread across our workforce of more than 250 employees across Europe. The order of the day is to redistribute the truck capacities accordingly to ensure that the capacities are where they are most often needed.