Showcase Actros without mirrors decorated by an artist. Brain on the tractor cab. 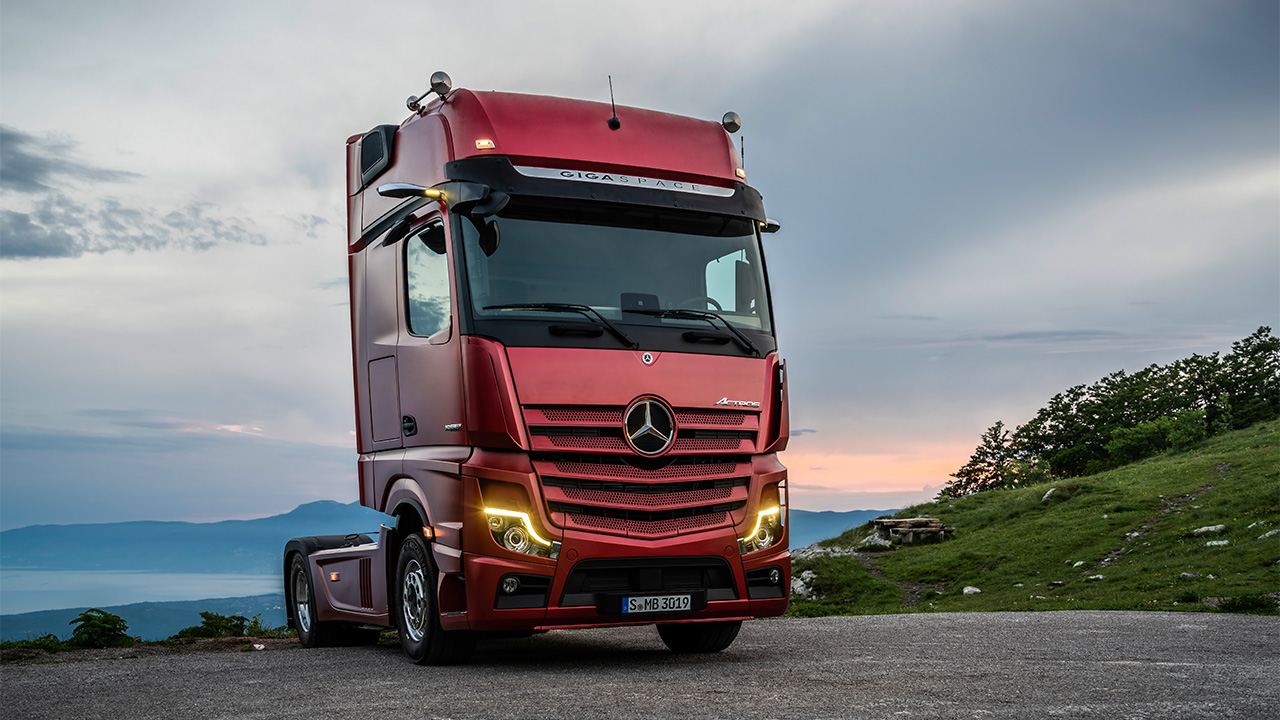 The Polish branch of Mercedes-Benz boasted a showcase copy of the latest Actros on the Internet. The truck, which is filled with the most modern technologies, such as cameras instead of mirrors, was painted by Tomasz Łęczyński – an illustrator who often creates works related to the automotive industry.

As the manufacturer prides itself on the fact that the new model is equipped with many intelligent solutions, the vehicle has been given the name of SmartTruck. And that’s probably why, among the elements that appeared on the truck cab, there’s also a powerful brain tied up with a whole lot of wires and cables.

The showcase Actros without mirrors will be presented live soon, at this year’s edition of the Master Truck Show, on 19-21 July in Nowa Wieś Polska. Until then, you can watch how the SmartTruck cover paintings were created.

BIGtruck, that is an online magazine is about trucks, trailers, truck drivers and everything that is interesting in their world, has also made a video about the new Actros. Check out their driving experience here:

Why is Actros special?

The producer assures that the new Actros has been considerably improved with regard to safety and comfort. The most important and spectacular new feature is the new Active Drive Assist. Unlike systems which only work within a certain speed range, Active Drive Assist gives the driver access to semi-automated driving at all speeds for the first time in a series production truck.

What might save some lives is the new feature which brakes the truck if it gets too close to a vehicle driving in front and accelerates again until a set speed is reached. It also actively keeps the vehicle in the lane. If the vehicle is leaving its lane unintentionally, Active Drive Assist intervenes and independently steers the vehicle back into its lane.

Compared to its predecessor, the new Actros consumes up to three percent less fuel on motorways and expressways. With mileage in long-distance haulage typically exceeding 120,000 kilometres per year, this again represents a significant cost reduction for the operator.
To further reduce fuel consumption there is a new standard ratio for the weight-optimised rear axle. The gear ratio has been reduced from i = 2.533 previously to i = 2.412. Thanks to the weight-optimised G211 transmission, the new gear ratio is now available for all new Actros models equipped with the second-generation, six-cylinder OM 471 in-line engine and 315/70 R 22.5 tyres, paying off both on motorways and when travelling on rural routes alike.

Mercedes-Benz Trucks is the first series production truck in the world to have MirrorCam on-board.