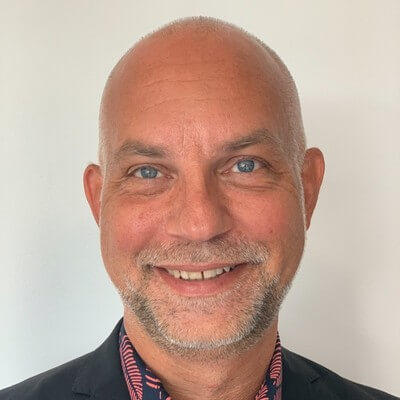 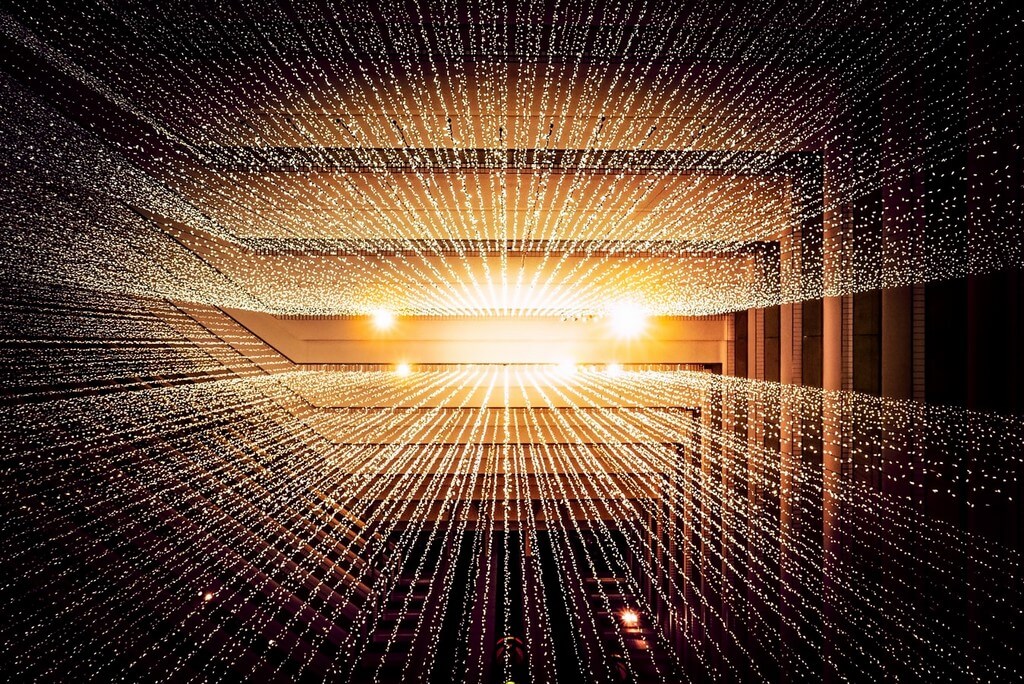 How often do we experience that decisions are being made on the basis of static information? Picture a printed document listing expected arrival and departure times for the ships visiting a port or a list of reservations made for berths and other infrastructure. From the moment that it is printed, the information on the document may be out of date. As digital innovations are now being adopted ever more widely, opportunities to explore what comes from having access to real-time data challenges traditional patterns of behavior. The success of tomorrow’s company is not just about making smarter decisions; it is also about challenging the traditional roles and processes adopted by the many engaged actors within the emerging and increasingly necessary collaborative environment.

As in many other industries, opportunities are now arising for empowered decision-making based on an increasing access to digital data streams.[1] Everything is claimed to become smarter, such as smart ships, smart ports,[2] smart containers[3] etc. As earlier reported, different parties do join forces in establishing local and/or horizontal information sharing communities in order to stay up to date.[4] One does though need to question whether the engagement in such communities is to empower the capabilities of making smarter decisions, or whether the engagement is based on incentives of true collaboration in the joint co-creation of maritime transport services providing value to the clients of maritime sector. There is no doubt that the technology is available, standards for messaging and interfaces are increasingly in place,[5] but do we really have the right perspective on why we engage in digital collaboration?

As we will argue for in this short article, optimization, synchronization and greater efficiency and improved service delivery in maritime transport will not happen if the actors involved do not establish processes for the continual alignment of their plans based on outcomes and disruptions further up in the value chain, and by providing better information services on predictability as is increasingly desired by the clients of maritime transport. To do this, the actors must learn to continually share data being convinced that this behavior is a virtuous circle that will benefit to all parties. It is now a call for collaborative alignment based on digital data sharing among engaged actors.

The nature of the maritime industry

The maritime industry is often conceived as a self-organized ecosystem.[6] It is composed of a multitude of actors being mostly in competition but at the same time part of some alliances for specific markets or trades. By contrast with the coordination processes across different actors adopted in the aviation industry, maritime lacks an overarching coordination body. This brings the necessity for actors to voluntarily share data with each other to ensure that the total value brought from the co-production of digital services is achieved. Digital data sharing between engaged actors in a pre-defined way is what has been conceived as digital collaboration. For a modern, efficient and dependable maritime supply chain to operate satisfactorily, the dependency between the involved actors requiring that each of them informs the other about progress and disruptions in order for them to synchronize their plans must be acknowledged. Historically, due to the lack of information and the complexity of planning, many of the operators have adopted a rule of first-come, first-served – which is inherently inefficient, unpredictable and not cost effective.

The installed base of IT systems in the maritime sector also reflects this situation, where many lack connectivity to systems outside the control of the organization that the system is serving. Fragmented and unrealistic situational awareness used in operators’ decision-making leads to underutilized or wasteful use of resources. However, for those systems that are aiming to connect actors together in sub communities, such as port community systems (PCS), community systems for supply chain visibility, etc., strong voices are then raised that enable standardized data sharing that go beyond manufacturer-specific solutions.[7]

Actors in self-organized ecosystems make decisions on their conceived situational awareness. This means that data acquired from operations beyond the scope of what is generated by the organization itself is used.

As maritime operations are continuously adapted to new situations (as part of their DNA) there is a need to base decisions on when to set aside infrastructure and resources for serving others. This should be based on the latest possible information which can be continuously updated to reflect new and changing circumstances. Importantly, independent of whether the information is acquired in a direct peer-to-peer interaction or from information based on complementary sources of data, engaged actors will base their decisions on the best data at hand. What has become clear is that many IT-systems are not being updated with the latest information on such things as arrival and departure times for ships or when operations are planned to be conducted. This jeopardizes the smoothness of the port call process. Utilising multiple sources of information to cross-check the data upon which the actor is basing their decision is key to assuring timely operations.

In the model below we elaborate on how engagement in information sharing communities as an example of a collaborative environment allowing collaborative alignment and providing foundations for making smart decisions. As the growth in connected devices, such as e.g. smart containers, continues in the maritime sector and is expected to boost the accessibility to additional and complementary data sources, the foundations for smart decisions are increasing substantially. This combined with capturing data in systems of records out of data generated in systems of production will provide the essential components needed for optimization and predictability along the maritime transport chain as well as the transport chain across several modes of transport.[9]

The situation might concern a just-in-time arrival and departure to/from a port or a passage through confined or restricted waterways. The whole need is based upon the desire to coordinate and satisfy the supply of e.g. port call services demanded by multiple clients, particularly when the demand is for the same services at the same time or the same location.

An observation is that while there may be individual initiatives to predict events, there is an untapped potential in a predictive supply chain. Essentially, many actors are working on increasing the accuracy of the prediction, and then acting on when the actual event happens, as opposed to acting on the prediction to visualize alternative options and re-plan the future. This is where the collaborative alignment on standards and accessibility are a prerequisite to release the true value.

The future is about making smart long-term and short-term decisions within a collaborative setting. What we have learned during recent years is that it is extremely hard in maritime to forecast when a particular movement or operation will take place. There is thus a continual need for updates on plans and progress as the initial plans that were established will not hold. Attempts have been made to overcome this by utilizing historical data in applications of artificial intelligence, such as big data analytics and machine learning. An unresolved quest however is whether this is going to be enough to reach the optimum of infrastructure and resource utilization desired by the many engaged actors of the maritime industry. It is also unlikely that such efforts can provide good enough reliability for the clients of maritime transport, such as the cargo owners and other supporting modes of transport. There is thus a need to establish data sharing environments of which the ones that know something share that with the rest of the community engaged in the same environment. The potential in exposing, accessing and using predictive data in smart decision making is not yet driving the processes. Participating in this new landscape of digital opportunities will require upgrading of processes and the introduction of new roles by many of the organizations that have been operating in the maritime industry for a long time.

Mikael Lind is Associate Professor and Senior strategic research advisor at RISE, has initiated and headed several open innovation initiatives related to ICT for sustainable transport of people and goods. Lind is also the co-founder of Maritime Informatics, has a part-time employment at Chalmers University of Technology, Sweden, and serves as an expert for World Economic Forum, Europe’s Digital Transport Logistic Forum (DTLF), and UN/CEFACT. More information about RISE

Hanane Becha is the IoT program Project lead at DCSA and also the lead of UN/CEFACT Smart Container Project as well as the UN/CEFACT Cross Industry Supply Chain Track and Trace Project. Hanane has a solid background from the IoT provider perspective, having worked at TRAXENS for many years. Hanane has received a Ph.D. and an M.Sc. in Computer Sciences from the University of Ottawa, Canada. More information about DCSA

Andre Simha is the Chief Digital & Information Officer at MSC Mediterranean Shipping Company, the second largest container carrier in the world, whose team is responsible for implementing and developing the complex data flow between the company’s headquarters and its agencies around the globe, as well as steering the business towards the digital future of the shipping and logistics sector. Simha is also the chairman of the Digital Container Shipping Association (DCSA). More information about MSC

Francois Bottin is the Head of the Digital Factory, a global organisation having the responsibility of leading the digital transformation of CMA CGM Group and digital projects delivery. CMA CGM is a French container transportation and shipping company headquartered in Marseilles, leading worldwide shipping group, using 200 shipping routes between 420 ports in 160 different countries. More information about CMA CGM

Steen Erik Larsen is the head of Technology M&A in A.P. Moller – Maersk, the global integrator of container logistics, connecting and simplifying the supply chains. Larsen has the responsibility of the enterprise risk management aspects pertaining to information technology in integration and partnering, and is also representing Maersk in the Digital Container Shipping Association (DCSA). More information about A.P. Moller – Maersk