Social dumping is a concept coined by the politicians from the western EU Member States to justify their actions. Scaring their own voters with the competitors from the “new” European Union, they claim that Eastern carriers are cheaper because they exploit their workers. Meanwhile, Ph.D. Leszek Cybulski, the economist from the Wrocław University of Economics and the Main Statistical Office, says that this theory in case of the European transport industry is completely unjustified.

Trans.INFO: Some UE politicians, especially from the countries of the “old” European Union, accuse the carriers from Eastern Europe of the so-called social dumping. What does it really mean?

Ph.D. Leszek Cybulski: Social dumping is a concept made up by politicians. This is a journalistic term. As a scientist, I would never agree with such a theory. This term is not used by scientists at all. Dumping, according to its economic definition, means selling below the production costs.

The European Union, from time to time, institutes antidumping procedures against the countries which are suspected of selling below cost. And why do they do that? To remove competition from the market and dominate it, and, after that, start selling products at higher prices to regain initial losses. Such actions are, of course, illegal. So, if it turns out that an exporter, for example, China, really attacks the market of the UK, Belgium or any other country this way, the motion of such country will result in the court decision to suspend purchasing from this company. A final judgment may completely eliminate it from the market.

When Poland was not a member of the European Union, the UK eagerly took advantage of this possibility, and there were claims that Polish Melex electric golf carts were sold below cost. The EU stopped purchases for some time and allowed the British producers to get their breath back. However, the final decision was in favor of Polish producer because there was no proof that the company was guilty.

Currently, the production from many EU countries is moved to Poland or Romania and the countries outside the EU where labor costs are low. I do not recall politicians from France or Germany calling such actions as dumping.

Because in such a case, usually, the profits return to the country which exports the capital, so this solution is highly profitable for rich countries, as they have capital resources and can move work somewhere else. Why use their own expensive workers, if they can earn, hiring cheap workers. The strategy works well for the companies because they can save money.

So why do the politicians from Western Europe use this term as one of the main arguments in favor of the changes in the Directive on Posting of Workers in the EU?

First of all, such an approach is not consistent with the idea of dumping. The politicians use this term because they know that it is stigmatizing. If such a word is used, everybody is convinced that something is going on and that the country in question uses some notorious practices and sells below cost.

The Eastern European transport companies are not companies of international or global reach for capital reasons; they provide transport services on a small scale and are highly fragmented. An average size of a Polish company rendering transport services in the European market is smaller than of a similar company from Germany, France or Spain which provides such services. Thus, we cannot say that any Polish or Hungarian company, by using its size and potential, wants to push other companies out of the market.

Also, the theory that there is some sort of price collusion among the companies is completely unjustified. They are so fragmented that they have to fight and compete with one another, and, thus, they do not create a common front. Each of them wants to make a profit and they quite successfully earn money, keeping that approach.

Price undercutting is yet another issue. The transport operators from Eastern Europe cannot afford to pay more than they get, which means selling transport services below cost, because of insufficient capital resources.

These are concrete and economic proofs that the Eastern European carriers do not use dumping. Of course, often, due to lower labor costs, they are a little cheaper than their western competitors, but they still make a profit on their services and run their business according to the normal market principles.

Those who use the term of social dumping claim they fight for the dignity of the workers from Eastern Europe, who, according to politicians, often live and work in inhuman conditions.

It was calculated that an average rate received by a worker from Poland employed in a country in Western Europe who works in the transport, health care or construction industry is over 10 euros per hour. So, firstly, this rate is clearly higher than the hourly wage in Poland. And, secondly, it is higher than minimum hourly wages in many countries of Western Europe. So, it is not contrary to the law of these countries and, additionally, it is not unfair for the workers from their point of view. The workers go abroad because they have a chance to earn more.

So, it is hardly the concern about the wellbeing of the drivers from Poland, Lithuania or Slovakia…

We should remember that the EU politicians are representatives of the countries where they have been elected. Thus, they represent the interests of their society. On the one hand, we say that the EU is a union of European communities, striving to their reach a common goal, but it would be naive to think that the EU politicians, representing their own countries, are more concerned about the EU level than the national level. The national level will definitely prevail due to the pressure from the entrepreneurs from their countries, complaining that they find it hard to compete with the Lithuanian or Polish companies because they have higher average rates and additional elements of costs, impacting the rates…

Of course, the question arises: how to protect the workers? Unfortunately, often economy is ignored, and legislative changes which are supposed to raise costs of the Polish transport or construction companies are adopted. It is done by increasing the average wages of employees or administrative obstacles. Politicians think that this way an entrepreneur from, let’s say, France will choose a subcontractor from his country rather than from Poland etc. if the price of the service is similar. And, at the end of the day, this will result in eliminating the Polish companies from the French or German market.

And this is the real reason for these provisions that are included in the Directive on Posting of Workers. It is not the concern about the drivers or nurses from Poland and other countries.

The politicians are fully supported by trade unions. The Polish Independent and Self-Governing Trade Union Solidarność openly supports the changes in the Directive. It also claims that transport should be covered by the regulations. Of course, they argue that the goal is to improve the Polish drivers’ lot.

Trade unions should really care for the situation of workers. Those who are under the influence of the trade unions are convinced that they will earn more thanks to these regulations. Unfortunately, they are not aware that, after covering the transport industry with the Directive, their companies or other similar companies will be pushed out of the market.

Currently, there are nearly one million posted workers in the EU. After the adoption of the changes, only 200 thousand may remain. So, even if the situation will be better for these 200 thousand, the rest will have to find another job – probably in Poland because their current employer will have to close his company. Is it a protection of workers’ interests? 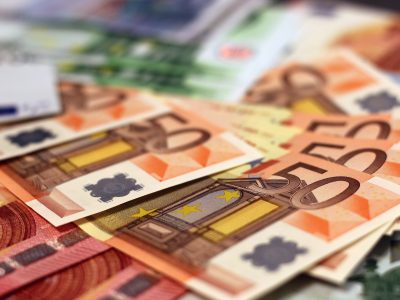 Well-known Dutch carrier pays a huge deposit to recover its trucks. It even had ...
The EU Council approved Mobility Package regardless of the appeal by eight count...
Judgment of the Belgian court concerning a letterbox company. Over €500,000 fine...