A group of Spanish HGV drivers who began a strike on Monday and stated their intention to carry on indefinitely until the government meets their demands, has called off their industrial action after just 1 day due to a lack of interest. 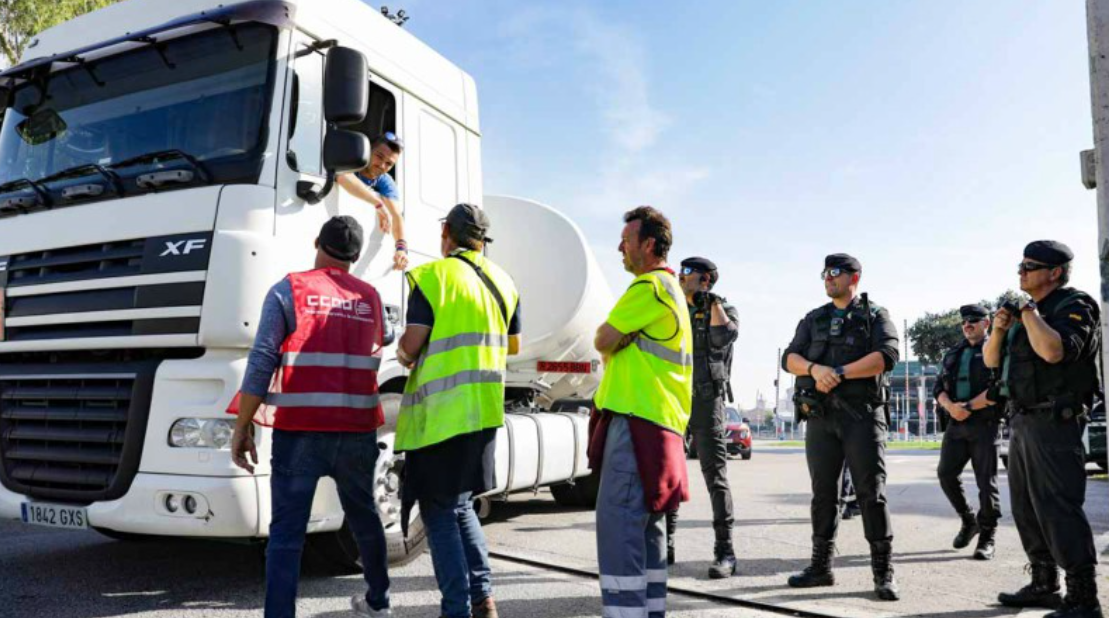 Last week, Spanish transport workers belonging to the National Platform in Defence of the Transport Sector group announced a strike from Monday in a bid to push the government to apply stricter controls on hauliers who don’t comply with the latest regulations.

The strike started with a rally on Monday at the centre of Madrid and ended up with a demonstration in front of the Ministry of Transport, Mobility and Urban Agenda.

However, by Tuesday afternoon, the Platform had decided not to continue with the strike.

According to news site za49, the Spanish government and the autonomous communities had already deployed 50,000 police officers by then throughout the country to prevent incidents on the roads.

However, by 1pm on Tuesday, the organisers had to admit that they had failed to carry out the planned disruption to transport, and had better call off the strike. As the local press reported, 95% of road freight traffic was the same as any other day.

The National Platform in Defence of the Transport Sector has a different opinion on why their demonstration couldn’t have been successful:

“We have found inconceivable persecution, harassment and coercion by different authorities, where the right to strike and its corresponding information as protected by law by the organisers is not being respected. The relentless campaign of harassment and demolition has been carried out by hauliers, associations, government unions, some media and a specific political party to try to intentionally discredit everything about our mobilisation.”