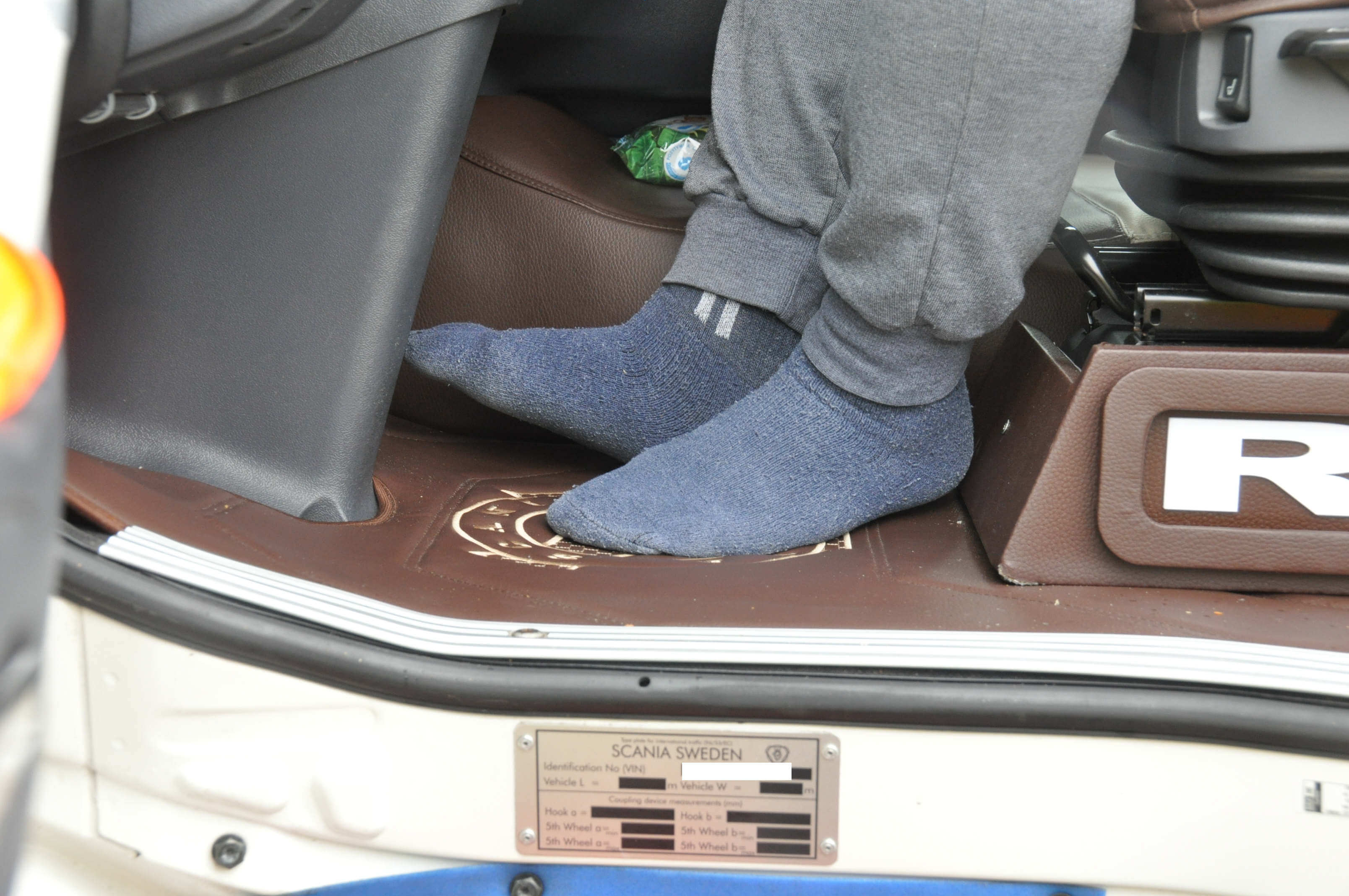 Last Saturday, road police in Göttingen carried out an inspection on a truck that had significantly broken the speed limit for HGVs. They later observed that the trucker had been driving in his socks.

Driving without wearing suitable shoes is a violation of the road regulations in Germany. However, it turned out that the driver was guilty of more offences.

The officials determined that the 41-year-old, who was driving a Polish-registered truck, had been on the road for several days exclusively in Germany and had broken rules on drivers’ hours and rest times.

In addition to that, he had significantly exceeded the speed limit in a large number of cases on his journey from North Rhine-Westphalia to Hamburg.

A total of twelve individual violations were found within a three-day period. The catalogue of fines for the offences adds up to a minimum of €820 and a driving ban.

Another 3-digit fine will also be slapped on top of the aforementioned figure due to the driver’s violation of drivers’ hours rules.