The disruption at the Port of Felixstowe continues to make headlines in the UK, despite Conservative Party chairman Oliver Dowden saying the situation at the port was “improving". It has been reported that the port is not currently accepting empty containers from Evergreen or Maersk, while the RHA has referred to way the port responds to issues as “often apparently lackadaisical". 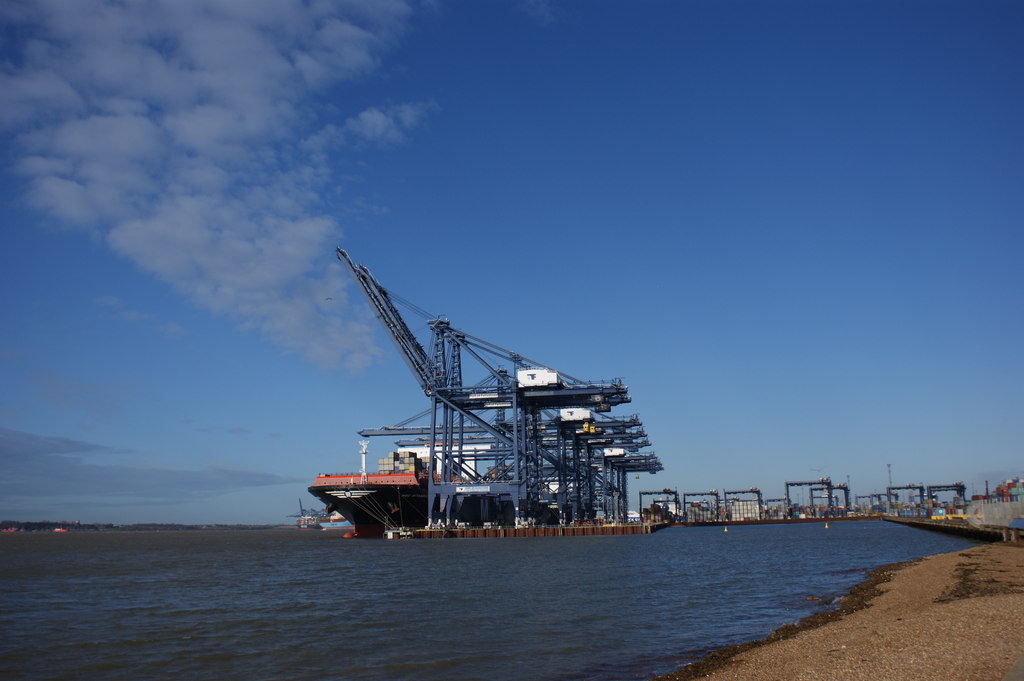 The disruption at Felixstowe has been known about for sometime. However, the issues came to a head last week when it emerged that import dwell time for containers at some of UK’s main gateways for container shipping services had gone up from 5 to 9.7 days in just a fortnight.

It has also emerged today that the Department for Transport had been warned about the potential for a driver shortage affecting Felixstowe Port as long as a year ago. According to inews.co.uk, global shipping company ONE had threatened to reroute vessels away from Felixstowe to Hamburg due to concerns about delays.

Yesterday, the Financial Times reported that Danish shipping giant Maersk had already “started to reroute huge ships away from Felixstowe”.

Lars Mikael Jensen, Maersk’s head of global ocean, told the Financial Times that the driver shortage in Britain means it is taking longer to move containers to and from British ports compared to other countries.

“We had to stop operations on a ship because there was nowhere to discharge the containers. Felixstowe is among the top two or three worst-hit terminals [globally]. We are having to deviate some of the bigger ships away from Felixstowe and relay some of the smaller ships for the cargo.”

The decision to reroute vessels could have a knock-on effect on European ports according to a forwarder quoted in the Loadstar, who said: “I don’t know what Maersk diverting ships away will do. As far as we know, Europe is as bad as we are.”

The disruption has sparked speculation about what products are being held up by the delays and other issues at Felixstowe. The Guardian, quoting research by the Russell Group, reports that clothing lines imported by Asda, Tesco, John Lewis and Marks & Spencer are believed to be affected by the disruption.

Mars is also affected by the situation according to ITV News, while the BBC reports that toy deliveries have been held back too.

Amid the ongoing issues at Felixstowe, Rod McKenzie, Managing Director of Policy & Public Affairs at the Road Haulage Association, has published a statement regarding the impact the driver shortage has had on the port.

In the statement, McKenzie stressed that the driver shortage crisis is “one part of that jigsaw which has contributed to the chaos we are now seeing at Felixstowe.”

The RHA Managing Director of Policy & Public Affairs also took aim at the UK Government, saying that it had ignored the dangers that the RHA had flagged up for months. In addition, McKenzie’s statement described the UK Government’s response to the driver shortage as “inadequate”.

McKenzie did say that the situation at Felixstowe had improved over the last 6 months, suggesting that the port had taken on feedback from the RHA’s members. He nonetheless stressed that the waiting times at the port had been an issue for some time:

“RHA members are incredibly frustrated with the slow HGV traffic into and out of Felixstowe – waiting times are horrendous and the pile up at the quayside of containers waiting to be moved in and out are well reported. We have been critical too of the port authorities at Felixstowe and their often apparently lackadaisical response to this worsening operational situation.”

Moreover, McKenzie added that “drivers still report rude behaviour to them and unnecessary waits” and warned that “some of the port’s difficulties are beyond their control.”

ABP Ports “running without any delays or disruption to services”

Meanwhile, a spokesperson from ABP (Associated British Ports), who run a network of 21 ports across Britain, including Southampton, Grimsby and Hull, told Trans.INFO that its ports were not experiencing any delays:

“ABP is aware of the challenges some UK ports are facing; however ABP’s significant investment in infrastructure, people, equipment and technology has meant that we are well placed to manage the present challenges. Our teams at all locations are working hard with our customers and other supply chain partners, and we can confirm that all of ABP’s operations in our 21 ports are currently running without any delays or disruption to services.”