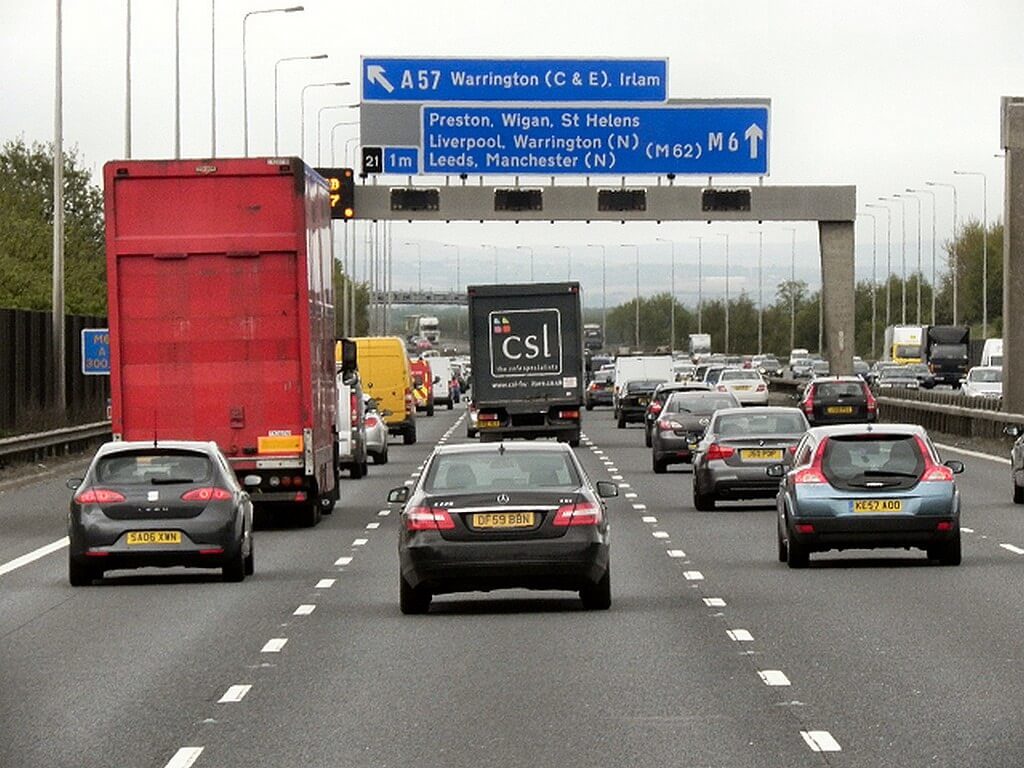 Highways England has announced that a 10-mile-long stretch of the M6 junction between 21a at Croft to 26 at Orrell will be transformed into a Smart Motorway. Work will begin on the change in March, resulting in “some impact on road users, the local community and businesses.”

The roadworks are expected to take 2 years to complete. During this time there will be a reduced speed limit of 50mph. Where possible, and it is safe to do so, such as over Easter and Christmas holiday breaks, Highways England say the limit could be raised to 60mph.

It is expected that the average journey time will increase by a maximum of 2 minutes during the roadworks.

However, not everyone is a fan of the Smart Motorway concept. Some motorists believe that the keeping the hard shoulder available at all times saves lives.

Back in October, a survey of 2,000 UK drivers conducted by Brake and Green Flag also found that less than half of the country’s drivers are aware of Smart Motorway rules.