Update: P&O suspends services for a “few days” as 800 staff made redundant

Ferry operator P&O has now said that its services are “unable to run for the next few days" after it decided to immediately make 800 staff redundant and replace them with agency workers. Earlier today, the company had said that sailings would only be suspended for “a few hours". 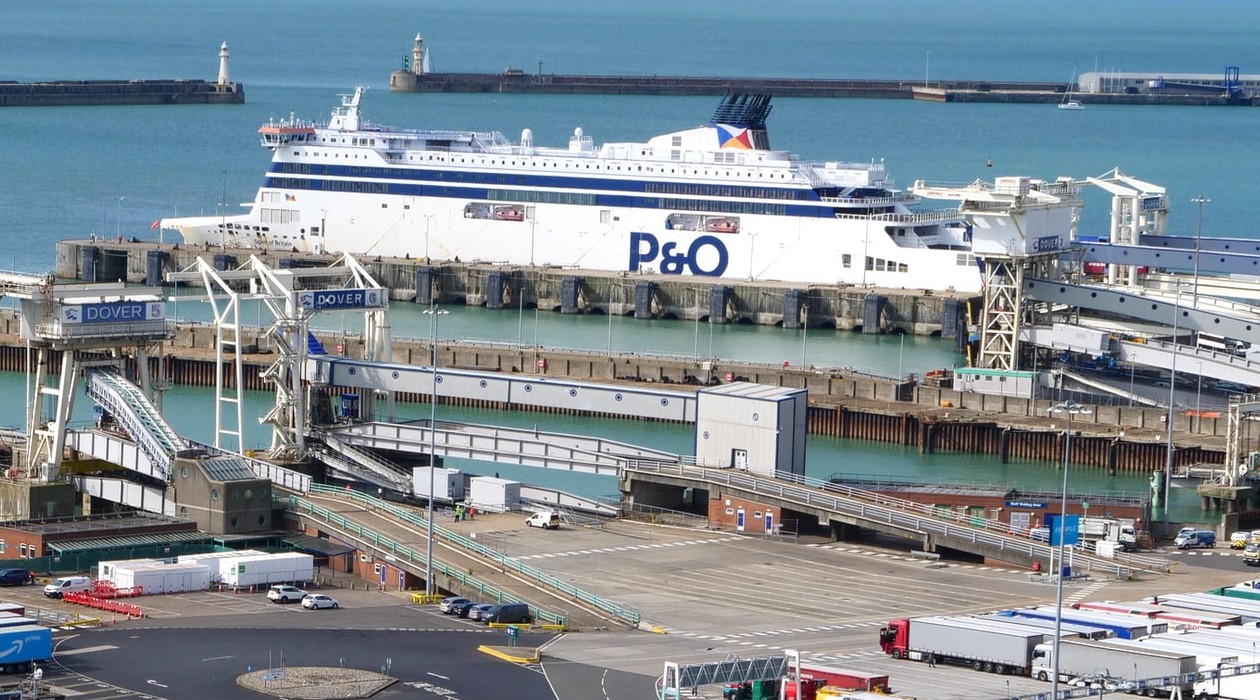 The update comes after rumours P&O had been about to be liquidated, which were quickly shot down by a company spokesperson. For more on that story as it unfolded, please see our report from earlier today.

A few days of cancelled sailings will of course cause huge disruption to freight flows and be a travel nightmare for those who had P&O bookings. Operation TAP was deployed earlier today in Dover due to high freight traffic, and sailings to and from the UK and the EU are likely to be subject to huge demand in the coming days due to the loss of capacity.

#PODover #POCalais Our services are unable to run for the next few days. Please arrive as booked, we will get you away on an alternative carrier as quickly as possible. Once at the port, please make your way to the DFDS check-in booths. We apologise for the inconvenience.

As we reported earlier, P&O had expected services to be suspended for a few hours. The ferry operator also said there would soon be a statement regarding the future securing of the business thanks to the support of its major shareholder, Dubai Government-owned DP World.

However, as it emerged that the company was attempting an apparent fire and rehire job involving an agency, unions and staff mobilised to protest against the move. The situation has also snowballed into a PR disaster, with social media full of users saying they will boycott P&O.

New foreign crew waiting to board the Pride of Hull on King George Dock. ⁦@RMTunion⁩ sitting in onboard the vessel. They will not be boarding her. We understands that both current officers and ratings are to be sacked. pic.twitter.com/JqJOWNxgDA

The Times reported earlier that two buses with foreign ferry staff were parked at the port of Hull and were set to immediately replace the workers onboard P&O’s vessel.

I am very concerned about the news from P&O Ferries this morning and we will be speaking to the company today to understand the impact on workers and passengers. (1/2)

With speculation rife, and anger over P&O’s move escalating, the company issued the following statement:

“P&O Ferries plays a critical role in keeping trade flowing, supply chains moving, and connecting families and friends across the North and Irish seas and the English Channel. We have been at the heart of this service for years and we are committed to serving these vital routes.

However, in its current state, P&O Ferries is not a viable business. We have made a £100m loss year on year, which has been covered by our parent DP World. This is not sustainable. Our survival is dependent on making swift and significant changes now. Without these changes there is no future for P&O Ferries.

These circumstances have resulted in a very difficult but necessary decision, which was only taken after seriously considering all the available options. As part of the process we are starting today, we are providing 800 seafarers with immediate severance notices and will be compensating them for this lack of advance notice with enhanced compensation packages.

In making this tough decision, we are securing the future viability of our business which employs an additional 2,200 people and supports billions in trade in and out of the UK. And we are ensuring that we can continue serving our customers in a way that they have demanded from us for many years.”

As the statement confirms, 800 staff have been made redundant and the decision has been justified by the company’s financial struggles.

The company made a loss in 2019, 2020 and 2021, and with fuel prices hitting the roof in recent weeks, its 2022 isn’t going any better. On top of Brexit, the pandemic and those rising fuel prices, the ferry operator has also had to contend with extra competition from Irish Ferries, who hauliers and HGV drivers have frequently said offers a superior service.

According to the BBC’s Faisal Islam, the P&O workers were told of their plight via Zoom, and security staff equipped with handcuffs and “wearing balaclavas” were deployed by P&O to force its former staff to disembark.

Footage obtained by BBC South East shows the moment P&O Ferries staff were informed they had lost their jobs. pic.twitter.com/dvRnptHfC9

“We are deeply disturbed by growing speculation that the company are today planning to sack hundreds of UK seafarers and replace them with foreign labour. We have instructed our members to remain onboard and are demanding our members across P&O’s UK operations are protected, and that the Secretary of State intervenes to save UK seafarers from the dole queue.”

Not long after the reports of the mass-firing came to light, Kingston upon Hull East MP Karl Turner told GB News that the loss of EU worker protections post-Brexit may have allowed P&O to make its controversial move.

P&O has also issued the following statement for its freight customers, which suggests its decision to replace 800 staff will allow them to become more efficient and improve their offering:

P&O Ferries have today announced a programme of work to become a more competitive and efficient operator, providing a better service.

While we enact these changes, there will be significant disruption across some P&O Ferries services over the next few days, however we are working to minimise the impact on your journey.

Impact on routes as follows:

Dover-Calais Route
Freight Customers check-in with P&O as normal.  Freight will be shipped via DFDS on the next available space charter sailing

Larne-Cairnryan Route
All sailings suspended, further updates on resumption of service when available

Hull-Europoort Route
All sailings suspended, further updates on resumption of service when available