The SIPSI platform doesn’t work? This is because the French ministry has introduced a new version. 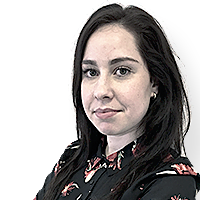 The Ministry of Labour has developed a new, simplified version of SIPSI so that foreign companies can enter their declarations as quickly and precisely as possible. The new version is already available, but for a few days, there may be problems with logging in or service overload, making it temporarily unavailable.

All already sent declarations will be taken over and made available to the inspection bodies in a new version, without any special action by the user, and thus remain valid. Thanks to the new version of SIPSI everyone will be able to customize the account to suit their needs.

The Ministry of Labour introduces new functions for:

– representatives of foreign companies in France.

The languages available are French, German, English, Italian, Spanish and German. The auto-fill tool has also been introduced, the amount of information to be entered has been reduced and the possibility of generating more acts of posting at the same time has been added.

All the amendments are intended to improve the posting procedure. They do not, however, introduce new legal regulations or additional requirements for businesses.