They will travel over 13,000 km from Holland to Japan to promote driving as a profession 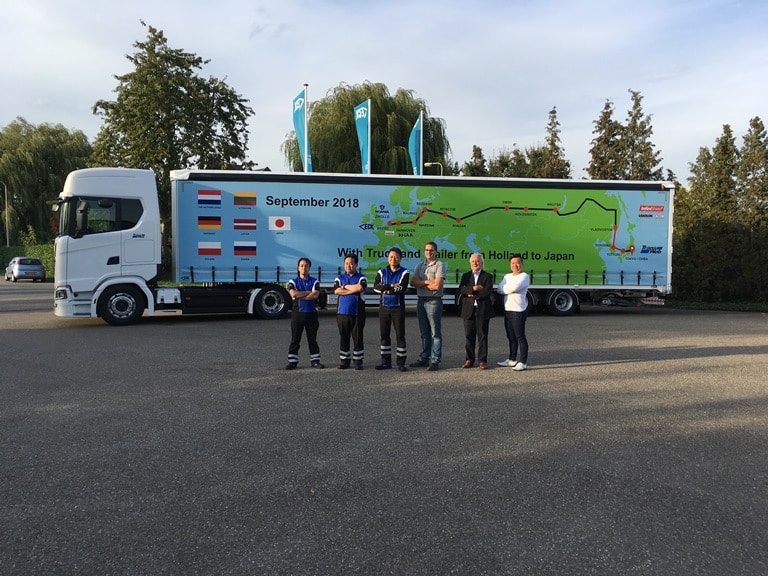 There is a lack of professional drivers – that’s a fact. Increasingly, companies engage in various types of actions, the aim of which is to encourage people to work in the transport industry. The president of the Japanese TransWeb company, together with two drivers, wants to travel over 13,000 km from Holland to Japan. In this way, he will promote driving as a profession.

Implementation of this unusual idea began a few days ago in the Netherlands in the city of Beesd. It was there that Takeshi Maesawa, president of TransWeb and his two drivers, Shinya Sasaki and Junji Tobita, waited for two brand new Scanias and semi-trailers from the manufacturer Van Eck.

However, before they set off on a journey, both vehicles were properly decorated. The trailers included the company’s logo and a map with a marked route. The whole set looks impressive. 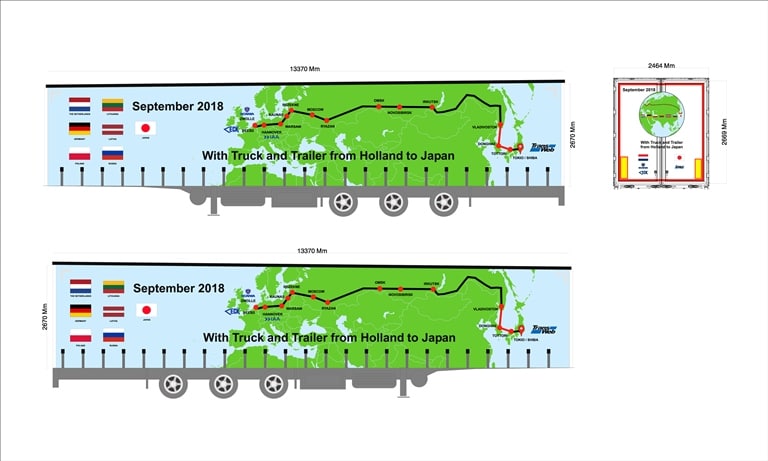 All three of them will be on the route for over three weeks. They will travel through Germany, Poland, Lithuania, Latvia, and Russia. According to preliminary forecasts, they will arrive in Tokyo on October 22. To get there on time, they have to cover an average of 700 km a day. 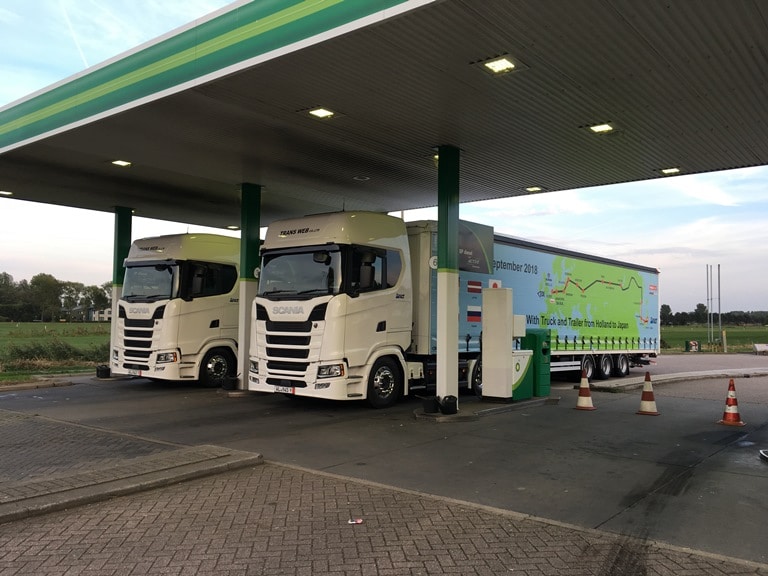 Why are they doing this? It’s a mission. As Maesawa recalls in his conversation with the truckstar.nl portal, in this way he wants to draw attention to the problem of the lack of drivers in Japan. The project is to show that the driver’s profession has many good sides. It’s not just the lack of drivers, strict regulations and rising fuel prices. It is also the fulfillment of dreams and a goal in life. As he explains – their journey is a challenge to promote the reform of the transport industry. Takeshi hopes that thanks to a positive approach and promotion of the profession, he will be able to attract additional drivers to work for his company. 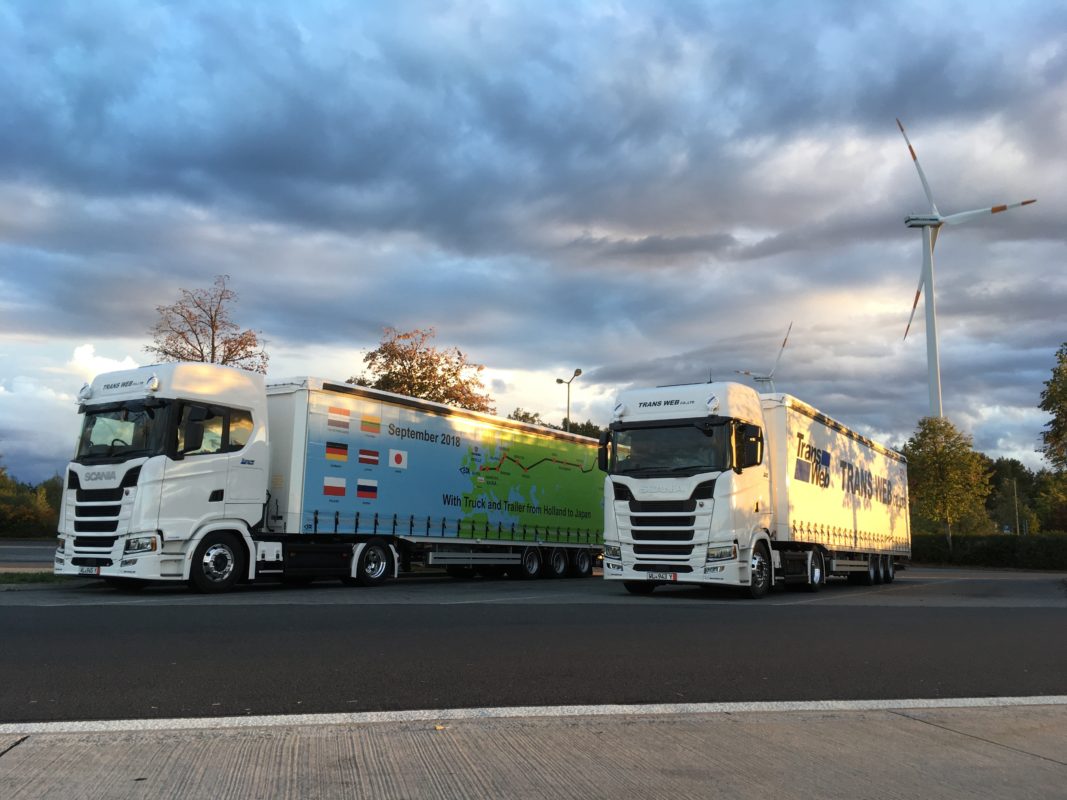 The entire trip is carefully documented on the TransWeb official website and on the company’s Facebook profile. That’s where the travelers will share information on their journey. Let’s keep our fingers crossed so that they can get home safely!