This lorry driver is a hero. He pulled a woman out of the burning car right before the explosion. 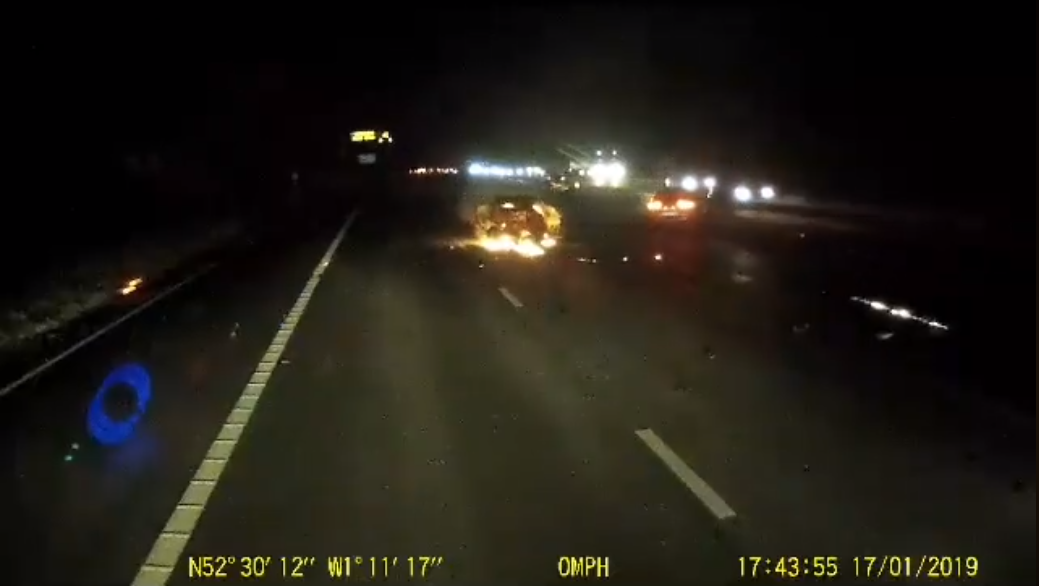 Lorry driver John Rastrick has just received the Bravery Award of the East Midlands Ambulance Service (EMAS) which is an award granted for exceptional courage. It is presented by the regional British ambulance service. A year ago, Rastrick witnessed an accident and how a car burst into flames. He immediately went to help and pulled the injured woman out of her vehicle.

29 seconds – within 29 seconds of helping the lady out of the car, it exploded.

„I had to do what was right”

It was a January evening in 2019, when John Rastrick driving on the M1 road from Chesterfield, UK, saw two cars collide in front of him. After that, one of them burst into flames. The lorry driver ran out of his vehicle and began pulling the seriously injured woman out of the passenger car. After a while, more drivers started to help.

I just knew at that moment that there was no one else around to help, and I had to do what was right. hoped to God that whoever was in the car had got out, but when I saw Pari in there, I put all my fears aside and tried to pull her out.” – Rastrick recalls the first moments after the accident.

– I was hoping that the passengers of the vehicle had time to get out of the car, but when I saw Pari there, I stopped being afraid and began to pull her out – he adds.

He saved many lives

Above-mentioned Pari Misty was seriously injured. She had got head injuries, had to undergo hours of surgery, and then she had to learn to walk and talk again. Today, she feels much better and could personally thank the truck driver for help.

John saved not only my life but also the life of my mother, father and brothers – she said at a meeting with John and thanked him and the medics who took part in the rescue operation.