The Belgians protested on Monday and today the roadblocks are organized by the Dutch. In a few days, the protest will start also in Italy. Drivers are against the provisions contained in the draft Mobility Package and present their demands. Check where you can expect difficulties in connection with the action of Dutch truckers.

Belgian trade unionists ran a protest action last Monday. They blocked, above all, border crossings with France and the Netherlands.

FNV, the Dutch trade union in the transport industry, has also announced the protest today. It will start at 2 pm in Hazeldonk on the Dutch-Belgian border, next to the A16 motorway. Drivers can expect some difficulties that may last until the evening hours.

The Italian Transport Unions, Filt Cgil, Fit Cisl and Uiltrasporti, are also organizing  to oppose new EU regulations, according to ilnuovolevante.it. Drivers announced a nationwide 24-hour strike on 14 January. In Liguria, truckers will be on strike for 48 hours, or until January 15, midnight.

Drivers from Belgium, the Netherlands and Italy strike for the same reason. They oppose certain clauses in the draft Mobility Package regarding work and rest periods.

According to the trade unionists, the new regulations will lead to a significant deterioration of working conditions in the industry and will jeopardize the truckers themselves and other road users.

They demand to allow drivers to spend their regular weekly rest in the truck cab, which is currently prohibited.

The Dutch association FNV briefly presented its postulates. It demands:

– restrictions on cabotage to three routes within seven days, after which for five days cabotage would be strictly prohibited,

– enforcement of a penalty for 45-hour rest in cabins,

– compulsory return of lorries to the country of origin for a maximum of two weeks.

– that the use of permits should depend on the mass of the transported goods, and not on the vehicle’s GVW (the limit value would be 500 kg of cargo).

Another perspective of the West

Although representatives of the transport industry in the West consider the regulations prepared in Brussels to be too lenient, carriers from Central and Eastern Europe perceive in them the limitation of basic freedoms that constitute the basis for the common EU market. The threat posed by new regulations is also perceived by experts from Western Europe. Mr Duke von Liechtenstein recently expressed his opinion on the effects of the Mobility Package on the Geopolitical Intelligence Services portal (the portal publishes information and opinions of experts on topics related to economy, industry, business, politics and finance).

According to Michael von Liechtenstein, the principle of „the same pay for the same work” aims to protect enterprises in EU countries with higher minimum wages and violates the principle of free exchange of services.

In addition to the huge bureaucratic burden on companies, the proposed rule would seriously disrupt international transport services in the EU and would probably damage the transport sector in Central Europe,” writes von Liechtenstein.

The prince also stresses that even from the point of view of Western European countries, this action is „counter-productive and irrational”, giving the example of Germany:

– The country faces an alarming shortage of truck drivers (…) It causes congestion in the entire logistics industry. The problem is growing.

As a result, the largest economy in Europe is increasingly dependent on Central European companies in this basic service. The new rules would give this division of labour a crushing blow,” comments Michael von Liechtenstein.

According to the prince, the provisions of the Mobility Package are another „populist and short-sighted strategy,” strongly supported by France.

If it becomes a law, it will have the unintended effect of further damaging the EU’s cohesion,” he concludes.

Tomorrow the MEPs from the Transport Committee will vote on proposals regarding the posting of drivers, driving time and rest time as well as cabotage contained in the draft Mobility Package. Also tomorrow, European carriers will be protesting under the European Parliament, including carrier organizations from Central and Eastern Europe i.e. from Poland, Bulgaria, Lithuania and Romania. They will demand amendments to the Mobility Package project, thanks to which the competitiveness of enterprises operating in the international road transport sector will be maintained. 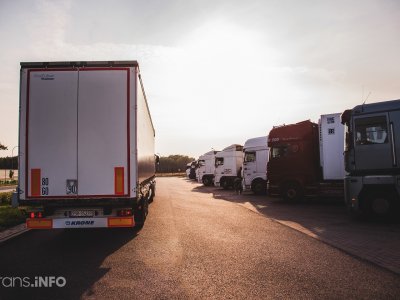 The EU Council approved Mobility Package regardless of the appeal by eight count...
March: new obligations and higher penalties in Europe
New tyre markings will contain more information that is useful to vehicle owners