Protests of „yellow vests” have lasted almost a month. They caused chaos in France and in the neighboring countries. Their consequences are also felt by entrepreneurs from the transport industry. Carriers from Spain are in the most difficult situation. For them, France is a gateway to other European countries. What’s worse, the French have not yet said their last word. On Friday, another wave of protests was announced by trade unions representing the transport industry.

The Spanish transport organization CETM initially estimates carriers’ losses at 12 million euros. The actions of the „yellow vests” coincided with another strike of Spanish entrepreneurs and drivers who protested against the redirecting of truck traffic to paid motorways in Catalonia.

According to Ovidio de la Roza, president of CETM, the consequences of recent demonstrations, both in France and Spain, could not have been worse for the transport industry.

Transport companies from the east and south of Spain have suffered the most. At the moment there is the peak of the vegetable and fruit season and it is estimated that hundreds of carriers will have to close down their activities,” claims de la Roza.

Spanish media report that about 10,000 carriers suffered losses as a result of blockades and queues at the French-Spanish border (in Irún and La Junquera), which occurred last weekend. That is when the professional unions of drivers joined the „yellow vests”.

This is not the end of protests

The worst, according to the Spanish media, is the fact that it is not known how long the protests will last. Although the French government bowed a few days ago and withdrew the planned tax increase, and also announced raising the minimum wage in the country by 100 euros, the „yellow vests” do not give up.

On Friday, December 14, further protests were announced by French trade unions in the transport industry. CGL trade unionists also invite other organizations to take part in protests on the „big day of action” throughout the country.

All this makes the situation in the key month of December even more difficult (the middle and the peak of the vegetable and fruit season preceding Christmas). It might be in fact a nail to the coffin for many carriers and exporters. For international transport at controlled temperatures, it is another blow after the storms in the south of Spain, which blocked the first citrus transports.

In addition, delays in fruit unloading across Europe due to protests in France have contributed to the lack of sufficient transport capacity in Spain. Fruit and vegetable exporters have had serious problems finding lorries over the past two weeks, the Spanish transport portal cadenadesuministro.es reports.

CETM calls on the head of the Spanish government to implement special temporary measures of an economic nature that would reduce the negative impact of protests in France on the activities of domestic carriers. Manifestations of the French caused a lot of complications, such as failure to meet delivery dates and other contract terms, returns of perishable goods, lost driver’s day cards, etc.

As a result, many carriers have been in a terrible financial situation and will not be able to meet their upcoming payments on time. Therefore, CETM asks the government to extend the statutory deadlines for submitting documents and payment of social security contributions and to cancel the payment of interest for them. The organization also demands deferral of income tax payments and tax liabilities resulting from VAT settlements, as well as the creation of special funds at the disposal of the Official Credit Institute (ICO) to improve the situation of the sector.

CETM members also ask for „personal intervention by the Prime Minister of the Spanish government with the President of France and the relevant bodies of the European Union and calls for immediate and decisive action that will normalize the situation on French roads and restore the freedom of movement of services and goods guaranteed by the Schengen Treaty.”

Half of the speed cameras in France destroyed

Another, tangible effect of the actions of the „yellow vests” is damage made to the speed cameras. As reported by Radio Europa 1, half of these devices in France have been broken. They became the target of the protesters because they symbolize a government that takes taxpayers for a lot of money. „Yellow vests” accuse the authorities that the reduction of the speed limit from 90 km/h to 80 km/h, which was introduced this year in France, was only aimed at increasing the budget by issuing more speeding tickets. In turn, the government reduces the permissible speed on roads with the RD symbol (the equivalent of our provincial roads), argues that there is a need to improve road safety.

According to the radio  at least 250 speed cameras have been „destroyed, burned or degraded.” The authorities did not confirm this information, probably for fear of a domino effect. 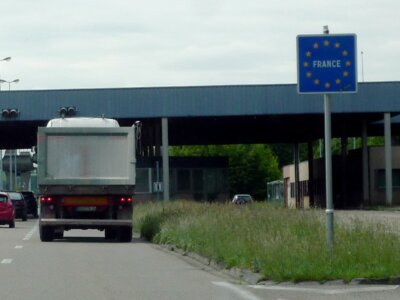 Alsace given powers to introduce road... 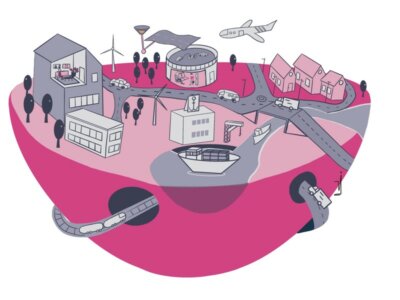