The Spanish Home Office ordered the police to limit their truck inspections. Turkey, Romania, Greece and Georgia have also applied some traffic-related changes due to the spread of coronavirus.

The Spanish Interior Ministry recently sent a letter to all General Police Headquarters, ordering them to refrain from carrying out detailed truck inspections. However, the police can carry out regular checks related to possible violations of traffic or safety regulations. Officers should limit themselves to everyday documentary control as with any other type of vehicles.

The Spanish government introduced further restrictions for many sectors last week, but it did not cover road freight transport since it is a necessary industry. Exempting transport from restrictions is intended to guarantee the continuity of the food and other basic products supplies. Despite this, the drivers were subjected to numerous and very detailed inspections which led to disruptions to the supply chain reports the Federation of Transport Unions Fenadismer. That is why the Ministry of the Interior decided to issue instructions for services in which it indicates that the activity of the transport industry „was deemed necessary” and consequently, „is not subject to restrictions and therefore, also to detailed inspections” – adds Fenadismer. This also applies to international transport.

The Romanian Ministry of the Interior issued Regulation No. 7 , which introduced new rules for road transport of persons and goods:

– After entering Romania, drivers of heavy goods vehicles above 2.4 t, who have no symptoms associated with COVID-19, complete a declaration at their own responsibility, in which they must provide a place where they can be contacted in the period between two transportations. They are not subject to home isolation under quarantine, provided that the employer provides protective materials against COVID-19.

– Drivers of heavy goods vehicles with a GVW of over 2.4 tonnes who pass through Romania are not obliged to complete the above-mentioned declaration after entry if they meet the following minimum conditions (in the event of failure to comply, the driver will be obliged to quarantine for 14 days, incurring costs associated with it):

Drivers who transit through Romania must complete this form when entering the country. The form should be provided at the border upon departure.

After entering Romania, the driver must stick a special sticker on the windscreen provided by the State Road Transport Control Inspectorate and keep the transit form.

In addition, Romania lifted traffic restrictions for vehicles with a GVW of over 7.5 tonnes on the Ploie Brasti-Brasov section on the DN1 (E60) national road by 16 April. However, driving restrictions on the DN1 section between Bucharest and Ploiesti still apply.

According to the Polish Ministry of Foreign Affairs, on 5 April the Turkish border was opened for trucks. Turks measure the temperatures  of the drivers. If truckers have spent the 14-day quarantine required by the Turkish authorities in transit through countries such as Bulgaria, Serbia, Romania and Greece, then they can cross the border.

The Turkish side only quarantines its citizens.

Foreign trucks that have entered Georgia are subject to the following rules:

– after completing the procedures at the customs control point, the vehicle drives non-stop to its final destination.

– stopping the vehicle is allowed only in specially designated areas – STOP POINTS , places of purchase of the compulsory civil liability insurance policy ( https://www.tpl.ge/en/salespoints ) and in car parks near the control point customs.

– in an emergency (car accident, health problems, etc.), the driver should contact the relevant services and remain in the cabin before the representatives of these services reach the driver. For this purpose, the driver must call the Emergency and Operational Response Center on 112.

– the truck should leave Georgia:

It is recommended to make non-cash payments and use personal protective equipment ( medical mask, gloves, etc.).

For violating the above rules (e.g. vehicle without permission to leave, stopping in prohibited areas, violation of traffic conditions, etc.), the driver of the vehicle will be fined 3,000. Georgian lari (about PLN 4,000) and will be detained in a 14-day quarantine and the vehicle will be immobilized. The exceptions are situations where weather conditions or other external factors impede and / or prevent compliance.

STOP points are located in:

On 2 April, the Greek government published a new ministerial decree on the quarantine procedure that must be followed by persons entering Greece from abroad. Article 2 of the decree contains provisions on truck drivers :

„Employees of all nationalities involved in international transport operations (land, air, sea) must immediately transit through the country or reach their destination after entering Greece. After arriving at their destination in Greece, drivers must begin a temporary period of 14 days isolation.”

Departures from this rule are possible in the following cases:

– When a new international transport operation needs to be started (e.g. two-way transport). Then the mandatory quarantine can be lifted at any time, even the day after it begins.

– When there is a need for domestic transport (in Greece). In this case, the driver must spend at least 7 days in isolation, starting from the day of entry into the country. Due to the mandatory week spent in isolation, cabotage operations will not be possible.

The above rules apply from April 2 to April 20.

Violating the above principles can be fined of 5,000 euros. 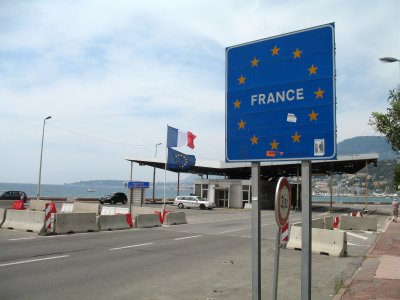 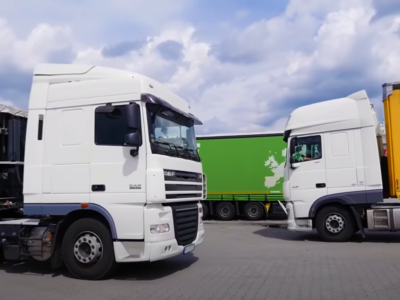