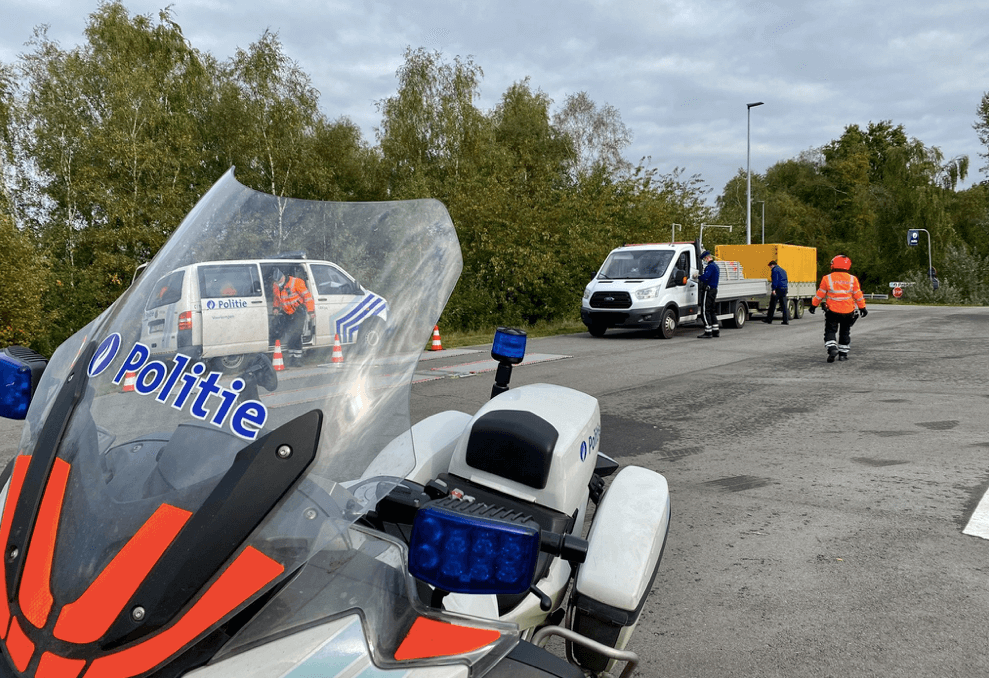 The Belgian highway police have already issued numerous fines during a several-hour-long truck transport check operation organised as part of ROADPOL’s Europe-wide Truck & Bus campaign. Drivers should therefore remember that, despite the coronavirus pandemic, the traffic police are very much still in operation.

Drivers do not seem to expect truck checks and tend to take a relaxed approach to the rules during the pandemic,” comments Ben Van Gils, Head of the Belgian Road Traffic Department.

The officers started their activities on Monday early in the morning.

We started our operation at 5:30 AM and finished at noon. During this time, we collected fines totalling at least €21,294. It’s a record. Especially early in the morning, between 6 AM and 8 AM, we had to issue lots of high fines,” Ben Van Gils said.

The highest fines were imposed on drivers with overloaded trucks. For this offence, a total of 9 truckers were punished, of which one had to pay a fine of as much as €4,400, because the vehicle was extremely overloaded.

Two truck drivers had to pay €1,000 each, as technical inspection of their vehicles revealed significant shortcomings. Another trucker received a fine of €1,198 for not observing working time, and yet another had to pay €1,500 for not having a valid transport licence.

In addition, in the course of their Monday operations, Belgian officials caught two drivers in ADR-related offences, which cost the culprits €2,200 each. The highway police also lists other infringements, such as jumping a red light, driving on roads where heavy transport is not allowed or driving without a seatbelt.

These are serious offences that pose a danger on the road, both for truck drivers and other road users. That is why we want to appeal once again, including to the employers of drivers, to comply with the rules,” says Van Gils.