As high fuel prices in the UK continue to hit motorists and hauliers hard, both the RHA and the RAC are ramping up their calls for the Government to take action. However, aside from a pledge to ensure petrol stations apply the 5p fuel duty cut that was implemented in March, there are no signs of any forthcoming government measures. That has seen desperate vehicle users and haulage companies seek to take matters into their own hands. Last week, we saw one haulage firm encourage the industry to park up in order to push the Government into action. Since then, a Welsh haulier has said it will keep its trucks grounded for a week, while a series of road blockades across the country are now being planned via social media. 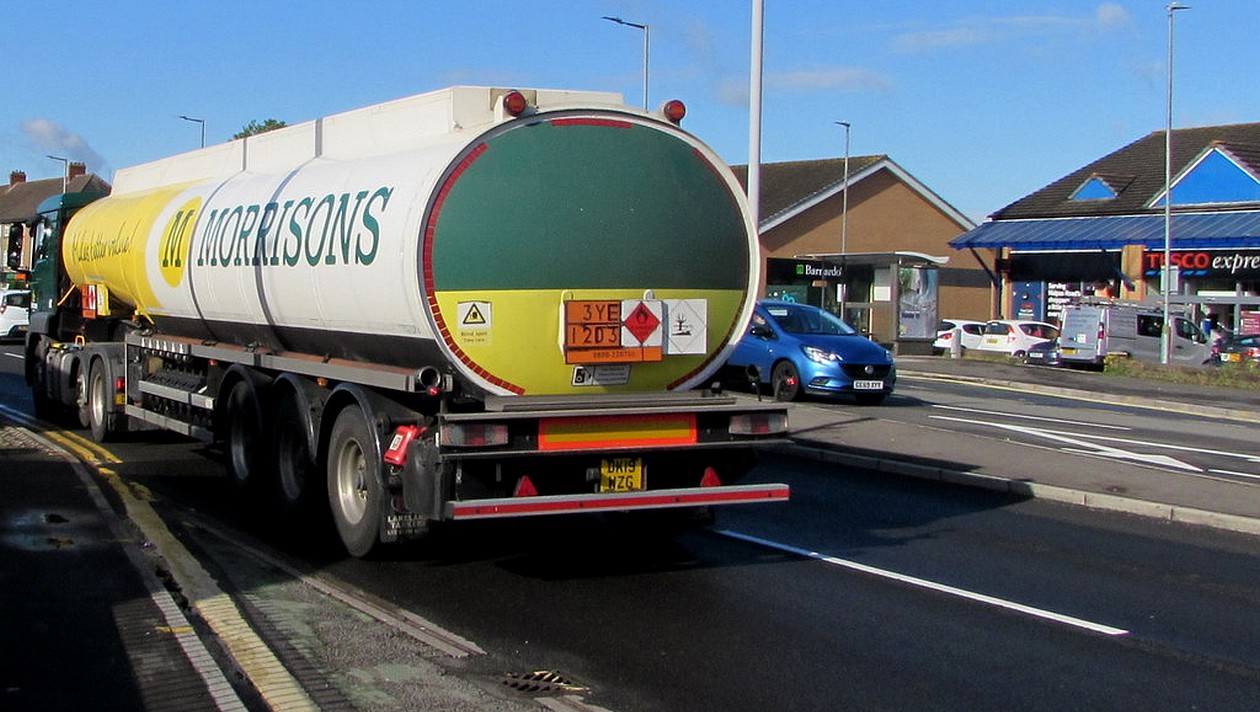 Prices at the pumps reached a new record on Sunday, when petrol prices hit 185p per litre. This has seen both the RAC and the RHA call for more government action.

Writing on Twitter, the RAC suggested the government should reduce VAT on fuel:

“The Government is still benefiting from the high fuel prices by taking around 30p in VAT from every litre sold, compared to 25p before Russia invaded Ukraine On top of this, the Government is also collecting 53p fuel duty from every litre. A further duty cut or a temporary reduction in VAT would go a long way towards helping drivers, especially those on lower incomes who have no choice other than to drive.”

Meanwhile, the RHA has continued its call for a 15p per litre essential user fuel duty rebate for hauliers and bus operators.

Amid the those calls, the UK’s Business & Energy Secretary, Kwasi Kwarteng, appeared to put the blame for high prices on fuel retailers.

On Saturday, Kwarteng wrote to the Competition and Markets Authority (CMA) to ask them to investigate the matter – a request that has since been accepted. In his letter, the Business & Energy Secretary argued that the 5p duty cut “does not appear to have been passed through to forecourt prices”.

I’ve asked the @CMAgovUK to conduct an urgent review of the retail fuel market, as well as a longer-term investigation under the Enterprise Act.

Fuel prices are always quick to go up but slow to come down – let’s see why. pic.twitter.com/iBk8JeNcsF

“The briefings provided by Government spokespeople to the media indicate that Ministers do not understand how fuel prices are set.   We have contacted the Secretary of State for BEIS on multiple occasions offering to meet and explain fuel pricing. However, we are yet to receive a response. By law the 5ppl fuel duty cut has to be passed on – and it has been.  Petrol retailers have been unfairly scapegoated for rises in the wholesale price of fuel over which they have no control.”

“We welcome the Competition and Markets Authority investigation, as it will confirm not only that the 5ppl fuel duty cut has been passed on but that competition between forecourts remains vigorous and that our members are operating on razor thin margins. If the Government wants to ease the burden of pump prices on motorists, they should cut fuel duty by a much more substantial margin, just as many other governments of European countries have done.”

As we referred to earlier, last week Whites Transport Services called on hauliers large and small to park up their vehicles so as to push for action on fuel prices.

Yesterday, Kelly Rae Transport Ltd, based in Wales, said it would be parking up its vehicles for a week due to high fuel prices. The decision nonetheless appears to have been taken for operational reasons rather than any desire to take a stand.

Writing on its Facebook page, the haulage company said:

“Due to the massive fuel increase again this week, we have decided that we will take this week off from the road to undertake some maintenance on our fleet as well as on our staff. It is not a decision we have taken lightly as you can imagine how difficult it is for a small operator to make a choice like this. We will use this week to re-evalutate our running costs and shall be back on the road as of next Monday. We will still be available for contact 24/7 and we look forward to working with new and existing customers.”

The Welsh haulier’s decision was backed by the team at Optimum European, who wrote on Facebook:

“Big shout out to Kelly Rae Transport. Hang in there and keep doing what you’re doing! Such a shame when this is happening across the whole industry!”

The description of the protest on Facebook reads as follows:

“An awful lot of moaning about Fuel Prices and not enough action. Typical of Britain. Complain while we roll over and take it. So why not get the whole country on Monday the 4th of July from 6AM to take our cars, lorries, tractors whatever we have and cause roadblocks all over the country until there is change? The French done it at 1.42 and we’ve let it get near 2.00 which it is sure to reach very soon if we carry on letting it!! Fuel costs in turn are driving our food, gas, electricity and more up! So let’s do something about it!!! The more people do this, the sooner our living costs will drop to more realistic, affordable costs!!”

Local editions of the road blockade protests have also appeared in various Facebook groups, with the A12 and the Severn Bridge among those to be targeted so far.

Nevertheless, there may be some hope ahead when it comes to fuel prices. Commenting on a recent drop in wholesale petrol prices, the AA’s fuel price spokesperson, Luke Bosdet, said:

“Petrol price rises should be grinding to a halt, at least temporarily, by the end of the week. There may still be some forecourts yet to pass on the recent surge in costs. If they continue to go up substantially afterwards, we will be intrigued to hear what excuses the fuel trade has this time.”