Fuel prices that had already substantially increased due to Russia's invasion of Ukraine surged even higher in the UK yesterday, prompting both the RHA and the RAC to urge the government to take action. However, merely pleading with the government is not enough for one haulier, who believes the industry needs to send a strong message by parking up their vehicles. The theory is that if such a campaign could be coordinated with enough trucking companies, it would wreak havoc with supply chains and force the government's hand. Despite similar actions abroad yielding results, doubts nonetheless remain as to how many hauliers would be willing to unite behind the cause. 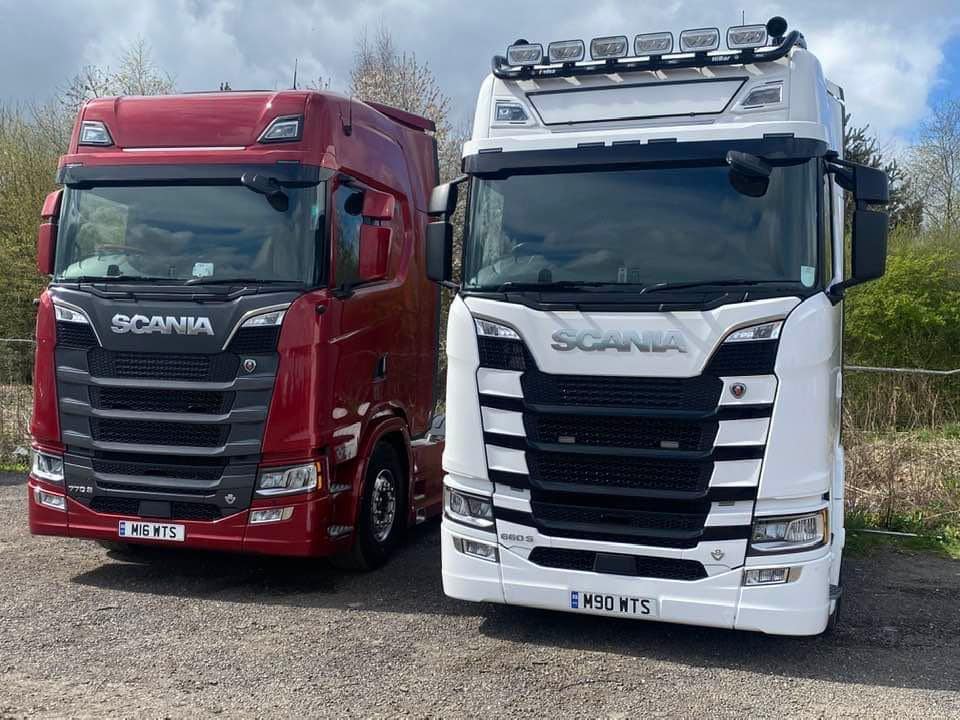 Photo: Whites Transport Services
Since Russia’s invasion of Ukraine and the sanctions that followed, fuel prices have shot up all over Europe. To try and keep petrol and diesel prices down, governments across the continent have introduced price caps, as well reductions in VAT and fuel duty.

The UK Government is among those to have taken such a measure, cutting fuel duty by 5p during March’s spring budget. Unfortunately, the duty cut only kept prices down for a relatively short period, and now the cost of filling up has reached record highs.

It is thought that prices will only continue to rise; Goldmann Sachs predicted earlier this week that oil would surge to $140 a barrel this summer.

Although some countries in Europe do have higher priced fuel, notably Sweden, data compiled by the AA shows that the UK has more expensive diesel prices than Denmark, France, Germany, Italy, Spain and Ireland.

The situation was compounded yesterday when supermarket chain Asda, normally one of the cheapest places in the UK to tank up, rose its fuel prices by an average of 5p per litre. According to Sky News, as of early this morning, the average litre of petrol cost is now 180.73p, with diesel ar 186.57p.

This has seen trade bodies and motoring associations urge the government to do more to tackle the rising cost of fuel.

Speaking to the media yesterday, the RHA's Rod McKenzie described fuel prices as “crippling". He and his colleagues at the RHA have pleaded with the government to implement an essential user rebate of 15p per litre.

Fuel prices for hauliers are crippling: £20k extra per truck to fill up - the solution ⁦@RHANews⁩ says is an essential user rebate of 15ppl - also helps to control inflation as haulage costs are passed on to customers #SkyNews pic.twitter.com/zJeTZHdWQ4

The RAC also want to see the government “take drastic action" in order “to help soften the impact for drivers from these never-before-seen pump prices."

In an infographic shared on its Twitter profile, the RAC illustrated that 46% of the price of fuel in the UK is made up of VAT and fuel duty.

Prices at the pumps are again reaching new highs, and we are fast approaching a litre of fuel hitting £2 ⛽️

If you've ever wondered what makes up the cost of a litre of petrol, here's the latest data 👇#FuelPrices #RACFuelWatch pic.twitter.com/ZUksudeAyB

The implied criticism from the government has nonetheless angered the Petrol Retailers Association (PRA). Commenting on fuel price rises at the end of May, Gordon Balmer Executive Director of the PRA, said:

“Despite all fuel retailers passing on the 5p cut in fuel duty after the Spring Statement, wholesale fuel prices have continued to rise. This has resulted in a tightening of margins for petrol retailers, while the Exchequer has benefitted from substantially higher VAT receipts. For every 10p that the price rises, the Chancellor claims back an extra 2p in VAT."

Meanwhile, as the likes of the RHA and the RAC try to leverage their platforms to call on the government to take action, one haulier has come out to urge the industry to use a more direct tactic.

Writing on Facebook yesterday, Pete White of Whites Transport Services said: “we simply cannot sustain the outrageous fuel prices and the greedy government must step in."

The truck boss then added:

“this [post] is aimed at drivers & hauliers & the general public who now have to spend over £100 to fill up a small car, who would be interested in showing support for a “PARK THEM UP CAMPAIGN”. We don’t need to protest, riot or blockade. We only need to park them up to bring the country to a standstill. But it will only work with massive support. The big hauliers have to get involved as well. We keep complaining but we don’t do anything. It’s time to do something."

The post quickly went viral, with a few other business owners backing the idea in the comments. Jonathan Kirk, who runs WH Kirk Transport Services, replied:

“I have said the same thing many times before, parking trucks up is all that is needed, no silly convoys wasting more fuel, but I'm just a small company with a lifetime in the industry and every time I've mentioned a “park 'em up" idea I get berated by a bunch of “know betters" and there is the biggest problem with the industry, no camaraderie any more!!"

Gary Paton, Owner/Manager at Elite Vehicle Transport Scotland LTD, was another to praise the idea:

“From one small fuel dependant business to another, we’re behind you 100% percent, it’s getting almost impossible to make it viable any longer, and the prices are only going in one direction currently, willing to try anything to help bring the prices down!"

Although there are examples of similar actions yielding results in other European countries, there are doubts as to whether a majority of the UK haulage industry would be willing to unite behind a “Park Them Up Campaign”.

In Spain, for instance, the threat of a pre-Christmas haulage strike led to the implementation of a landmark deal that brought road transport firms numerous benefits - most notably the ability to peg rates to diesel prices, and compensation for delays at RDCs.

History nonetheless shows that such direct action has struggled to gain universal support in the UK haulage industry. A reply to Mr White's post on Twitter from a HGV driver more or less summed up the situation:

“Unfortunately the fear is that you do this [parking up campaign] but then by that time all your work is gone as customers have gone elsewhere as other scrupulous hauliers will be in to pick through the bones," said the driver.

Another driver expressed concern that if hauliers backed such a campaign, the UK Government's spin machine would turn the public against the industry.

Recent events over in Ireland have also illustrated how difficult it can be to organise a fuel price protest. In April of this year, attempts were made by some hauliers to organise a blockade and a protest large and disruptive enough to win increased government action on fuel prices.

However, the amount of participants was not as high as the organisers had hoped, and the protest failed to get the support of the Irish Haulage Association.

‘The People Of Ireland Against Fuel Prices Protest' movement then appeared to fizzle out, and besides a previously announced haulage support scheme, no additional government measures to reduce fuel prices were implemented (note: fuel duty was cut earlier, in March).

The protest group nonetheless posted yesterday that it was “not going away" and highlighted how much cheaper fuel is in Spain compared to Ireland.