The UK Government's temporary visa scheme for lorry drivers, announced less than a week ago, has already had to be amended. In a statement, the Cabinet Office confirmed that 300 drivers are to be allowed to begin immediately and work for around 6 months, with 4,700 to begin in two weeks and stay for over 4 months. Meanwhile, the Cabinet Office has also confirmed that military tanker drivers are to start delivering fuel to forecourts across the country from Monday. 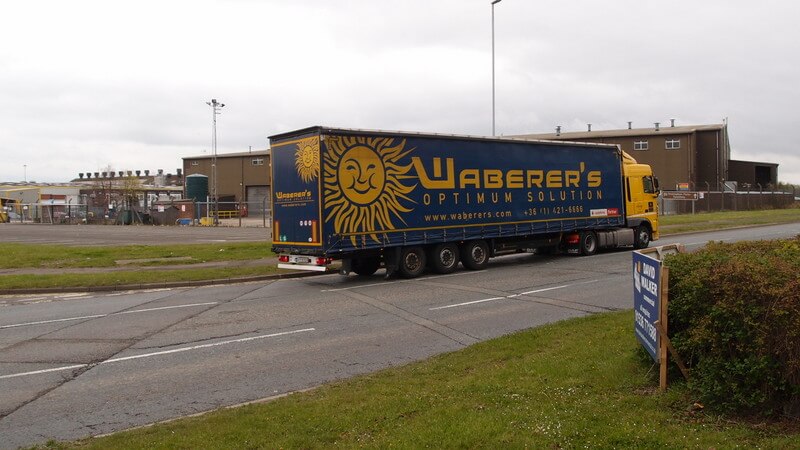 The changes to the visa scheme mean that the number of visas allocated to drivers is the same as originally planned. However, the drivers will now be allowed to stay for longer.

As has been widely reported, the official press release on the scheme published last week stated that the visas would expire on Christmas Eve. Earlier this week, it emerged that the drivers who use the scheme could end up being available for as little as 5 weeks due to the time it would take to deal with paperwork, travel and accommodation arrangements, as well as onboarding.

Naturally, in the eyes of some hauliers, this effectively made the scheme useless. European based drivers have also been unimpressed.

In what appears to be a reaction to this, the UK Government has already made changes to the scheme.

In a statement published in the early hours of this morning, the Cabinet Office confirmed that 300 fuel drivers will be able to arrive immediately (subject to immigration checks, and endorsement from BEIS) and stay to work until the end of March 2022. Moreover, 4,700 food haulage drivers will arrive from late October and be able to stay up until the end of February.

In both cases, the drivers will be able to work significantly longer in the UK than the original plan allowed.

Besides the visa scheme, the Cabinet Office also announced that almost 200 Military tanker personnel, 100 of which are drivers, will be deployed from Monday to provide temporary support. This, it is said, is “part of the government’s wider action to further relieve pressure on petrol stations and address the shortage of HGV drivers.”

The move comes roughly a week after panic buying brought about noticeable fuel shortages across Britain. The Government maintains that the situation is stabilizing, though the Petrol Retailers Association declared yesterday that 26% of forecourts in the country had run dry.

Commenting on the deployment of the army to deliver fuel, Defence Secretary Ben Wallace said:

Across the weekend over 200 military personnel will have been mobilised as part of Operation Escalin. While the situation is stabilising, our Armed Forces are there to fill in any critical vacancies and help keep the country on the move by supporting the industry to deliver fuel to forecourts.

Finally, the Cabinet Office also finally announced that it plans to do something about the sub-standard lorry parking facilities in the country:

The Government and freight associations are now collaborating to drive up the standards of lorry parking facilities – helping to make the HGV industry more attractive for prospective drivers, and supporting the wellbeing of those currently working in the sector.