10 weeks of overnight closures on the M6 motorway at the junction 19 is to come, warns Highways England. Every Monday to Friday, from August 23rd until November 3rd between 9pm and 6am, drivers can expect road works on the motorway or at the junction 19 roundabout. 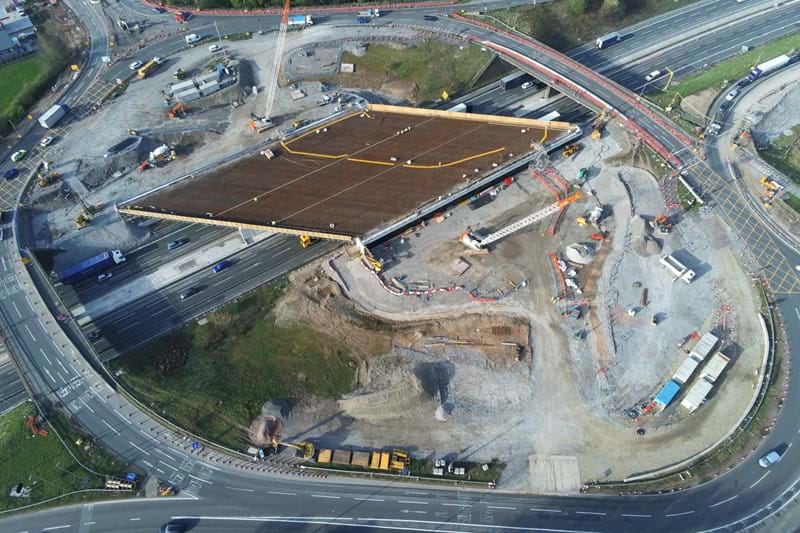 The multiple closures on the M6 come as the huge work to build a new £43 million bridge at junction 19 nears completion.

We’ve made good progress in what has been an extremely challenging year. However, our schedule has regrettably been affected by the industry-wide product shortages and long lead times brought about by Covid-19 restrictions and the isolation of supply chain workers” – explains Highways England spokesman. – „The new link bridge, which we’re building as part of the M6 junction 19 Improvement scheme is expected to be open for traffic in November 2021. This is later than the original summer opening date, which we previously communicated.

To minimise the impact on drivers, Highways England will carry out all remaining work during overnight closures.

There will be closures of the M6 motorway or junction 19 roundabout between 9pm and 6am, every Monday to Friday until completion of the project in November.

Monday 23rd August to Wednesday 3rd November (9pm-6am, Monday to Friday only): all approaches to the roundabout will be closed. There will be no access to, from or across the M6 motorway at junction 19. Motorway traffic will continue to run from junction 18 to 20, northbound and southbound.

Removing roadworks from the M6 motorway

At the end of August, Highways England will be removing all their roadworks from this section of the M6 motorway.

To make these changes, there will be three nights of full and partial closures: