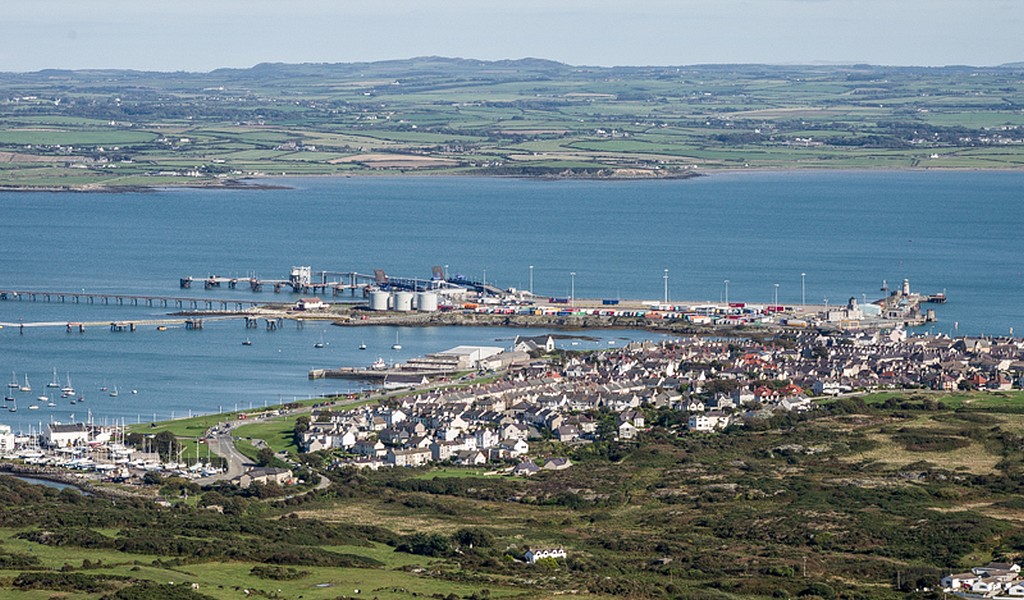 The Welsh Government has unveiled its 5 point plan to support the ports of Holyhead, Fishguard and Pembroke. However, its report concludes that post-Brexit supply chain changes could still threaten the future of the ports, resulting in job losses and lost opportunities.

The plans were released to the public in a 27-page document that outlined the need for action, the consequences of Brexit, and what scenarios could occur if the situation is not remedied.

The document highlights the fact that the volumes moving through Welsh ferry ports in February significantly declined compared to 2020. The drop is 50% in the case of Holyhead, and 40% in the south West.

This, according to the report, is down to freight traffic moving away from Welsh ports to direct routes between Ire-EU and NI-GB. Volumes using direct services between Ireland and the EU have increased by 242% since the end of the Brexit transition period.

Moreover, the Welsh Government’s research found that many logistics companies believe there are “core issues” with using the UK landbridge route:

feedback from all actors involved in the logistics chain is that it is more costly and time-consuming to navigate the processes required to cross the border between Wales and Ireland, and that these are not simply teething problems but core issues with both rules (which are unlikely to change) and the processes established to adhere to these rules (which can be adjusted).

Given that hauliers have opted to take direct ferries between Ireland at France at increased cost, mainly due to the reliability and assurance this route offers over the UK landbridge, the Welsh Government believe improvements need to be made in 5 key areas to support its ports:

The report mentions a number of specific measures that can be taken to address the 5 points above.

One of those measures is the implementation of a single system to move goods between Ireland and Wales. As it stands, there are two systems, which is “inherently complex” and entails extra costs. Another recommendation is for the UK Government to revise its TSS system, and for the Irish Government to relax the requirement for 24 hours’ notice to transit SPS goods destined for NI via Dublin / Rosslare.

The report also concludes that the UK and Irish Governments should work together to develop a bespoke resource or guidance pack that instructs traders specifically what will be required in order to use the landbridge, including how they will need to interact with each nation’s systems. On top of that, the document urges the UK Government to outline a plan to enhance the recruitment of customs agents.

However, despite offering a number of ideas that would support ports in Wales, the Welsh Government’s report still points out that the future of those ports is by no means certain to be rosy:

Freight & logistics accounts for circa 6% of employment in Wales and the industry contributes approximately £2.5 billion to the Welsh economy. However, commercial margins in the sectors are generally very tight. For example, the reported profit margin percentage from top 100 road hauliers in the United Kingdom (UK) in 2018 averaged around circa 2%. It would therefore not sustainable for operators on such thin margins to be able to absorb the increased costs associated additional bureaucracy when moving goods, and so these costs will inevitably be passed down to trader, leading to wider economic consequences.

Indeed, the Welsh Government report even warns that the continued existence of the ports could be threatened if routes are shifted elsewhere:

In the extreme, if there is insufficient and imbalanced demand for passenger and freight volumes along the routes, then decisions may be taken to redeploy mobile assets towards more commercially viable areas of the ferry business. This could in turn lead to routes no longer operating from certain ports, and ultimately threatening the continued existing of those ports, the local employment associated with them, and future opportunities in and around those areas.