Will the armed forces save German logistics? Thuringian companies have a new way to address staff shortages 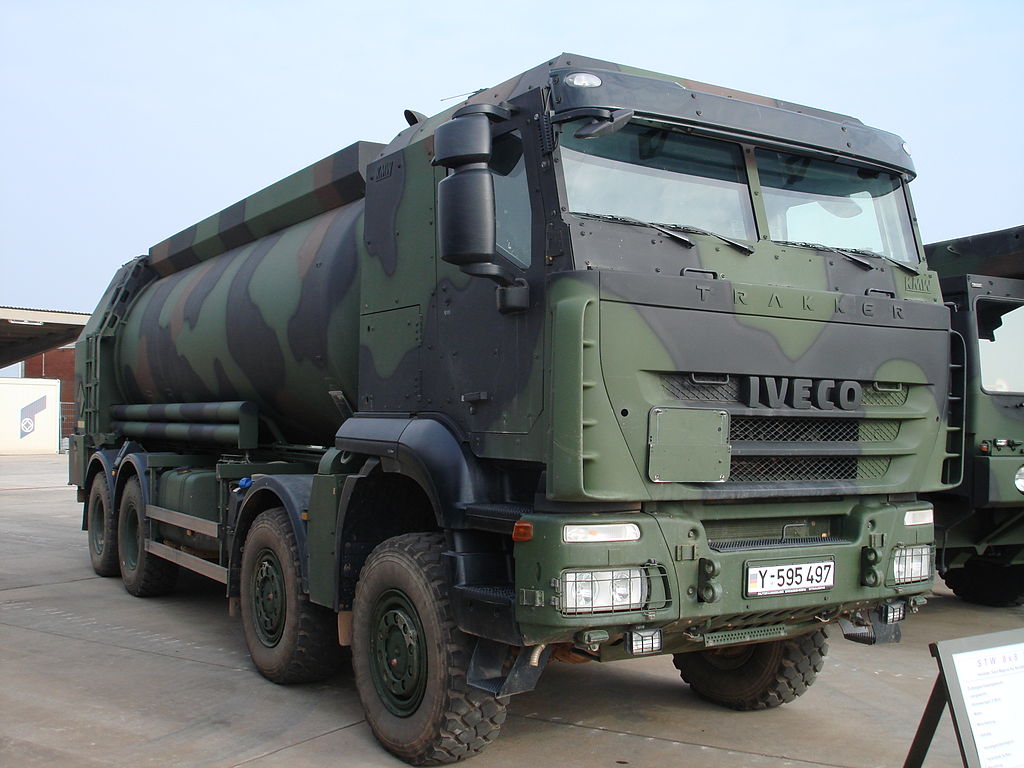 German TSL companies, just like most European ones, complain about the lack of drivers. In the absence of government initiatives, they are forced to take action on their own to alleviate the acute gaps in human resources. One of them is cooperation with the German army, which will soon result in joint training of personnel.

Carriers’ and shippers’ organisation Logistik Netzwerk Thüringen has announced that a letter of intent has been signed with the Logistics Command of the Bundeswehr. Members of the Association will exchange workers with the army. This initiative is the result of the workshop “Cooperative Models” which took place in Erfurt in mid-January.

The aim of the cooperation between Logistik Netzwerk Thüringen and the Bundeswehr will be to support the professional development of employees through their employment and training by both parties. For example, the military in the Logistics unit will be able to work in a logistics company during a break in service and then return to the barracks.

The Thuringian Association and the Bundeswehr will soon develop a sustainable cooperation model and test it in a pilot project.

Germany is increasingly looking for workers among the military

There is a shortage of employees in Germany, not only in the transport industry. According to the Frankfurter Allgemeine Zeitung, more and more companies are looking for workers among the military. The professional support cell of the German armed forces currently has permanent contacts with about 5,000 companies offering jobs and internships, as well as internships for departing soldiers. The number of partnerships and contacts is growing year by year. These are large and well-known companies such as Deutsche Post and Deutsche Bahn (the German Railway employs 100 former soldiers each year), the Rewe sales chain, etc. Some of them, like Amazon, already have a Military Recruiter who recruits soldiers.

The American e-commerce giant appreciates the experience gained in the army, often also in logistics, technical knowledge, the ability to work in a group and also driving license for a truck.

The German transport associations have been warning for a long time about the serious shortage of personnel in the transport and logistics sector and the impending bottlenecks in logistics, as well as about the threat of a “supply crisis.” According to a report by the Federal Office for Goods Transport (BAG), one in two German carriers refused to accept the order because of a lack of drivers.

According to the trade organisation DSLV, in September 2017 there were 45,000 vacancies in Germany as a truck driver. The Association also estimates that about 30,000 truckers leave the profession every year and that by 2022 the deficit will increase to 150,000. Behind the deepening lack of truckers, apart from the low attractiveness of the profession and unfavourable demography, there is also the abolition of compulsory military service. The German army trained around 15,000 truck drivers a year.

Despite warnings and appeals of companies from many sectors (building materials, furniture logistics, paper packaging, FMCG), the German government remains indifferent to this problem, which is why the TSL sector has to deal with it on its own.

Not only Germans are looking for drivers in the army

In April 2018, the DSV operator entered into an agreement similar to the German one with the Dutch army. If necessary, the company hires its truckers to the army and military drivers support the logistics operator in the “hottest” periods.

As part of the “Logistics and personnel” pilot project, the operator benefits from military assistance during peak periods in the industry (e.g. before Christmas) behind the wheel of trucks as well as in its distribution centres in Venlo, Moerdijk and Heerenberg. The DSV, on the other hand, sends its truckers to the army for large international exercises.

British carriers have also decided to take advantage of military experience. The Road Haulage Association (RHA) is working with the government to support the “Road to Logistics” initiative, under which former soldiers are to be retrained to work in the transport industry.

Other solutions used by European companies

First of all, carriers from Western Europe seize all opportunities to attract and retain workers. Higher salaries and standard benefits, such as private insurance, are no longer sufficient. Companies are outdoing each other in ever more sophisticated bonuses for drivers. French operator Stef Logistics decided to offer its employees shares in the company and a savings programme. A German carrier, on the other hand, tried to attract drivers from Eastern Europe with free housing. Another German company, in order to retain drivers, gives them cars for their own use.

And in your opinion, what is the most effective way
to attract and retain drivers in the company?