Britain's haulage industry has reacted strongly to the bombshell news that the UK Government is set to allow foreign road transport firms to conduct unlimited cabotage operations in Great Britain within a 14-day period. 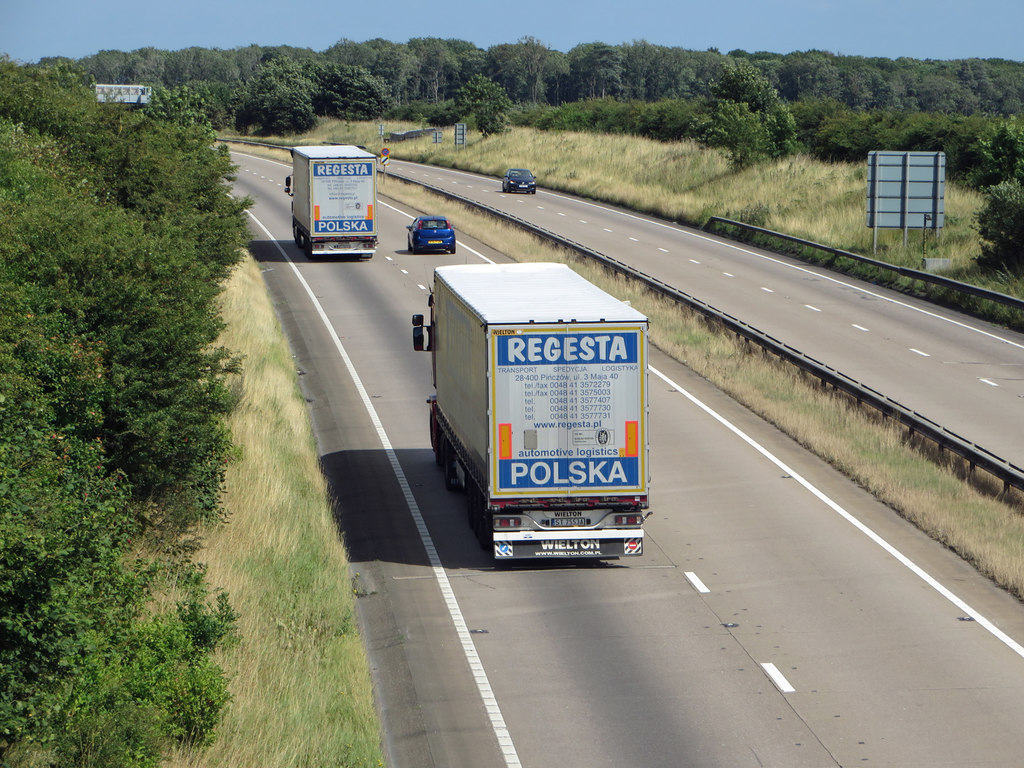 The eye-opening plans were unveiled by the UK Government and Transport Secretary Grant Shapps yesterday evening:

The new rules, once they enter into force before the end of the year, would bring generate much needed capacity, but potentially allow European hauliers to cash in at the expense of British hauliers.

Here’s just a snippet of the reaction so far. It’s fair to say that most British hauliers are unimpressed by the move:

All the big companies who sub lots of work before Brexit were all relying on foreign hauliers (who were all committing cabotage) to cover a percentage of their work to keep up to date with fulfilling daily work schedules.

For me it’s great that there as less EU trucks in the UK, these trucks were taking export loads from the UK to EU for a fraction of the cost that I would need, they have much lower running costs than UK hauliers.

No foreign haulier ever cared about cabotage movements anyway. It was hardly ever enforced, so even when they allow it, the trucks still won’t be here to do it.

After Jan 1st when the UK border controls come in even less foreign trucks will come to the UK. It will be too much hassle for them. The situation will get even tougher then.

I just don’t understand why Grant Shapps and Boris Johnson have decided not to amend Driver CPC rules to get UK drivers back. Instead we will have thousands of lorries operating in UK paying no tax, no fuel duty, drivers below min wage. I get it’s a crisis, but this is worst option.

Mr Buchanan also said that he was “lost for words” regarding the decision.

and… its not just EU hauliers.
Russian, Belarus & other hauliers too.@TrucknDriver @TruckNet_UK @guardian @TheSun @MailOnline @Telegraph @thetimes
Why do this and not fix UK Driver CPC rules so we can get UK drivers back into UK lorries.
I am lost for words. https://t.co/zb3zKiq9JS pic.twitter.com/yVpzuZzdFK

Although the proposals to relax cabotage rules could help the Christmas supply chain, it would mean taking work from UK hauliers and giving it to foreign operators with tanks of cheaper fuel and who pay no tax. DON’T LET CABOTAGE SABOTAGE OUR INDUSTRY

Well if this isn’t a straight up „f##k you” to British hauliers, we don’t know what is. That’ll be a free for all for non-maintained buckets of scrap that don’t have to conform to the regulations we do.

The Government has done not a single thing to improve conditions, or support hauliers and now they’re opening up the Cheap Freight Free For All. „Temporarily” yeah define that.

A kick in the teeth for operators and drivers. Mainstream media source told us a short while ago there is a lot of anger. Could this be the thing that causes a transport strike? Even the prospect of it happening would cause panic buy mayhem before anything took place.

What was the f***ing point of Brexit… voting as a haulier!

Increasing the number of operations, EU drivers are able to perform in the UK – a country which, when compared with its European counterparts, has a very poor track record for the provision of services to encourage driver welfare and wellbeing – is a recipe for disaster.

Brexit!!!!! Ah it was a great idea, restricting foreign movements, allowing UK Transport to reclaim some of its industry, reason why a lot of people voted for it , didn’t last long did it!!!

It’s a shame that we are in a cycle of endless incremental and largely unconnected announcements – all crafted for more for media / political audiences and (I regret) not based on considered consultation with industry.

I doubt the Gov has any evidence that ‘cabotage’ restrictions is the reason we have less non-UK trucks adding capacity to the supply chain – I regret that it is probably this poorly conceived and argued piece or similar soundings taken by ministers that prompted this decision.

Cabotage restrictions would probably be about 10-12 on a list of factors making it hard to deliver the supply capacity we need – also please note that cabotage restrictions existed throughout our time in the single market and exist between EU member states today.

There is of course a bigger point – Gov is on the one hand saying BRITISH businesses MUST NOT employ non-uk nationals, but a foreign driver working for a foreign firm can enter through an open door.

I know it’s temporary – but so was the drivers hours derestriction (allowing employers to make their drivers work longer hours) and it’s already been extended twice – these temporary measures have a habit of quietly becoming permanent.

By making our cabotage rules freer. Gov is allowing yet another situation in which UK business seeking to trade with (or operate in) EU face restrictions and costs. Whereas EU businesses trading with us don’t. There is a basic fairness problem here that UK Gov ignores.

Post Brexit Britain has an open door for every business except the British ones. I am sure Ministers genuinely believe that this is all temporary and transitional – but are they really? – these structural imbalances seem to be setting in to me.

The government Allowing unlimited cabotage in the U.K. by foreign trucks is a direct failure to fill the 5000 temp vacancies – they are desperate

When will people learn, Tories don’t care about workers!!! Drivers are lowest of the low to most people in the U.K. including the government!

Back to the good old days of 15 years of labour when it race to the bottom with cheap haulage. @grantshapps lazy government. Improve facilities and more Will want to work in haulage. Shop local not Tesco