The Hegelmann Group has announced the placement of an order for 150 IVECO S-WAY LNG and 10 IVECO S-WAY CNG tractor units. The company says the order was made with a view to achieving sustainability in its long-distance haulage operations. 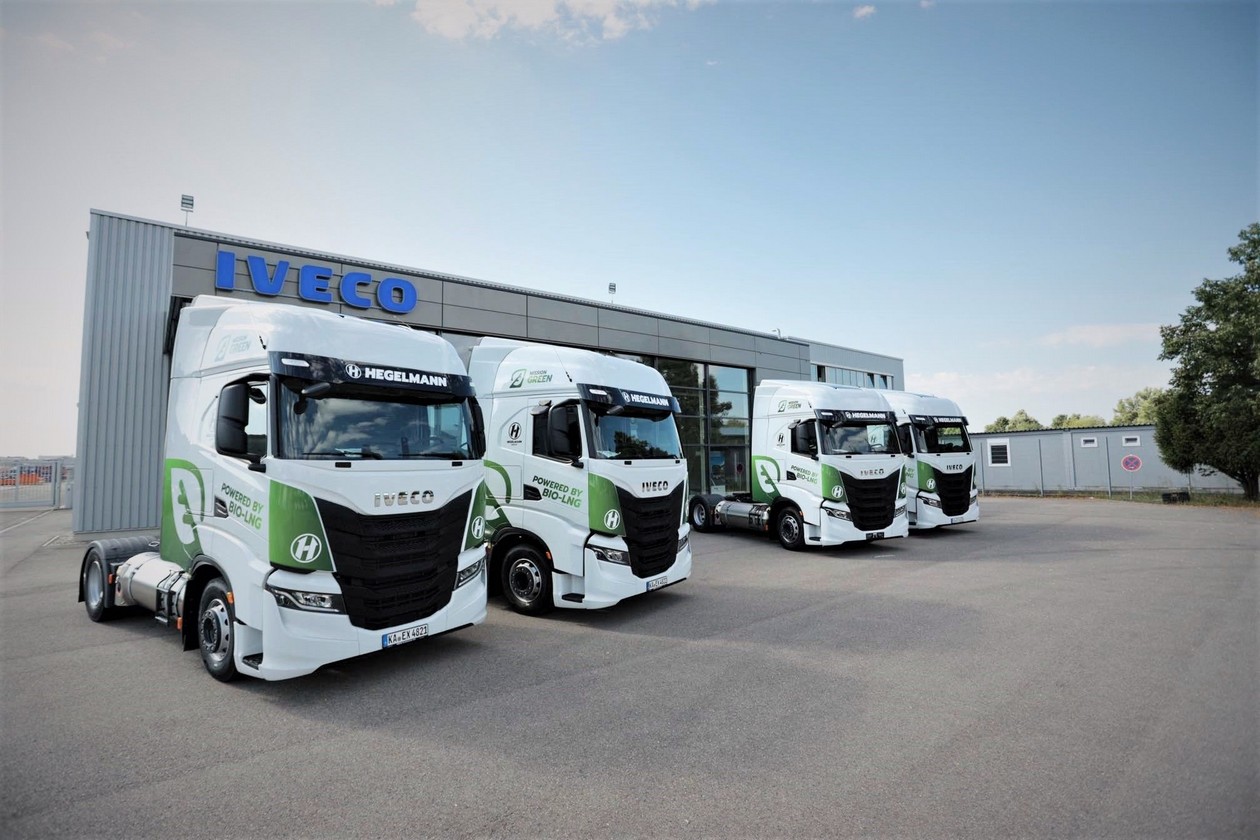 The LNG and CNG trucks will add to the 20 LNG-powered IVECO trucks currently in Hegelmann’s fleet. The haulage company believes the new vehicles will enable it to further the reductions in CO2 emissions it has made over the last few years.

According to IVECO, when its S-WAY LNG/CNG trucks run on Biomethane, “a virtually carbon-neutral operation on a well-to-wheel is already possible”.

“The Hegelmann Group has experienced directly in their operations how the IVECO S-WAY LNG trucks provide a viable solution for sustainable transport – so much so that, after their initial 20 units, they have now significantly extended their natural gas-powered fleet with this new order. We are proud to support their efforts towards decarbonizing transport – a commitment that we at IVECO share and has led us to pioneer natural gas technology for over 25 years.”

The IVECO S-WAY LNG/CNG vehicles on order are 4×2 standard tractor units featuring an ample Active Space cab with a high roof line. They are powered by a 460 hp Cursor 13 natural gas engine that complies with the Euro VI Step E emission standards. The LNG trucks come with two 540-litre LNG tanks, fitted on each side of the vehicle, providing a total capacity of at least 390 kg of liquid Bio-LNG, for a range of up to 1,600 kilometres, depending on the deployment scenario.

The CNG trucks feature four gas tanks, each with a gravimetric filling volume totalling 160 kg, fitted on the left and right sides, enabling a range of up to 670 kilometres.

In addition to the low consumption, IVECO says the Hegelmann Group was impressed by the reduced noise the vehicles have. The natural gas engine said to be 50% quieter than comparable diesel units, which makes it ideal for use in restricted-traffic zones and for nighttime deliveries.