Denmark has analyzed the possibilities of introducing double trailers on the country's main road network. According to the freshly released study, double trailers could make a profit of DKK 300 million in a 15-year period. 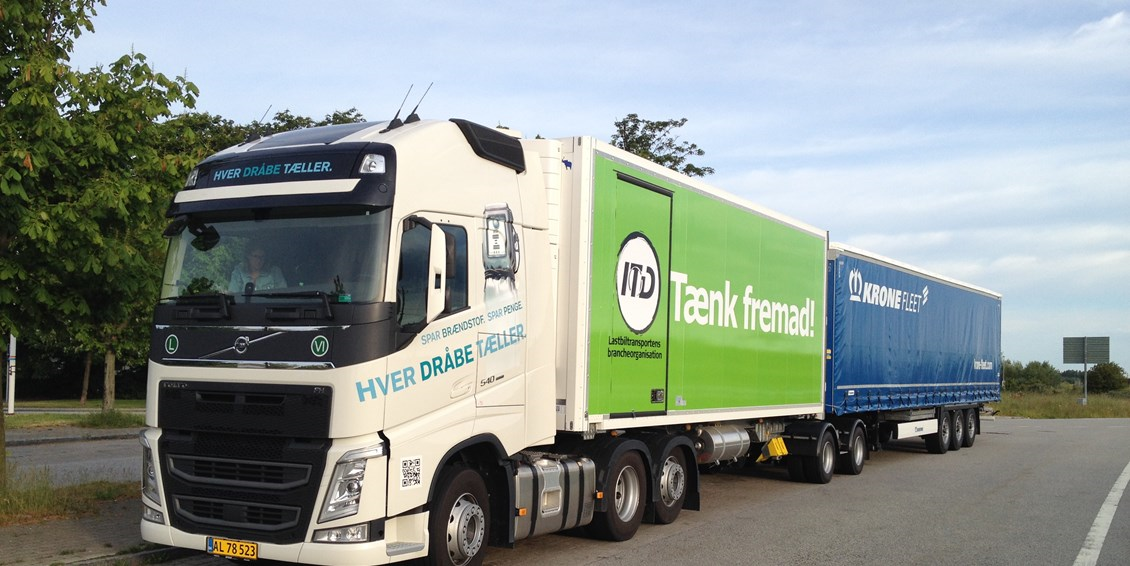 The analysis of double trailers looked at longer vehicles of up to 34 meters in length and with a weight of up to 78 tons distributed on up to 11 axles.

The report analyzes the expected effects of launching an experiment with double trailers on selected roads in Denmark. The CO2 reduction is estimated at 22,000 tonnes in total in 15 years – from 2023 to 2037.

A test of the usage of double trailers in real life would also require investments in the road network for DKK 36 million, the whitepaper adds. On the other, the pilot is estimated to have a socio-economic return of 300 million kroner over 15 years.

The huge gain would come from time savings and lower costs of driving fewer HGVs. According to the report, society would actually gain 61 million DKK, even if the trial was paused after five years.

The analysis recommends the introduction of a test on approximately 900 kilometres of roads, where it would be allowed to drive with double trailers of up to 34 meters with a total weight of 70 tons. The experimental road network has been selected on the basis of which roads were best suited in terms of traffic safety.

Danish road freight association ITD  welcomes the prospect of transports with extra-long trucks but would have liked to see the route network become more extensive and the total weight raised instead.

As for the technical requirements and safety; the report says nothing indicates that double trailers should increase the risk of accidents – but it is also pointed out that longer lorries present some challenges. This is why the road network where double trailers will be allowed to use should be chosen carefully.

The analysis also adds that challenges related to braking requirements etc. could be solved technologically.

The testing of double trailers still needs several political decisions to get started, therefore it is not yet known when and how the project will begin.