Shipments into Russia decline for the 5th week in a row

New data sent to Trans.INFO by supply chain visibility provider FourKites shows that the level of shipments into Russia has yet to bottom out. Data from the week of March 14th to 20th shows another decline following successive drops in the 4 weeks beforehand. 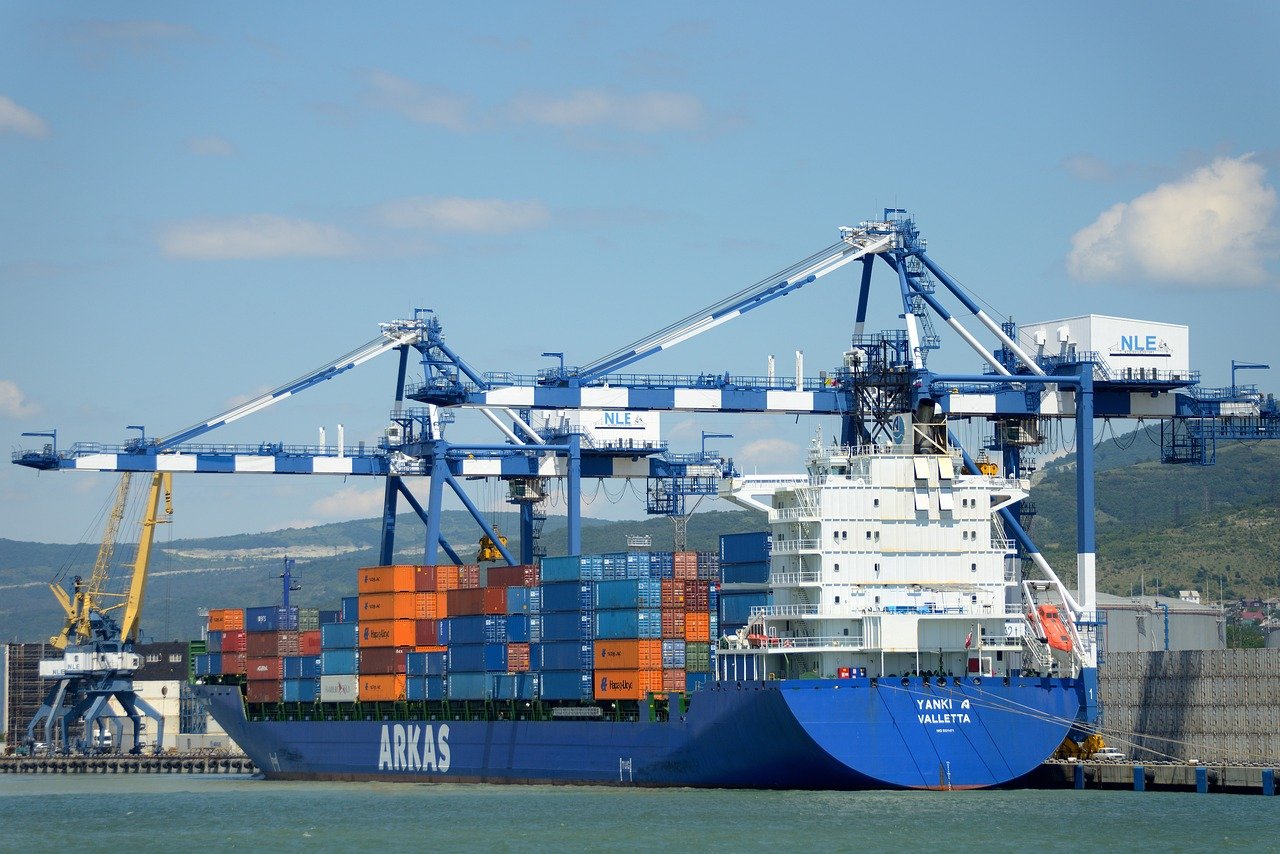 The figures from FourKites show that last week, import volumes across all modes into Russia were down 16% week-over-week, and also down 62% in total when compared to 14-20 February. 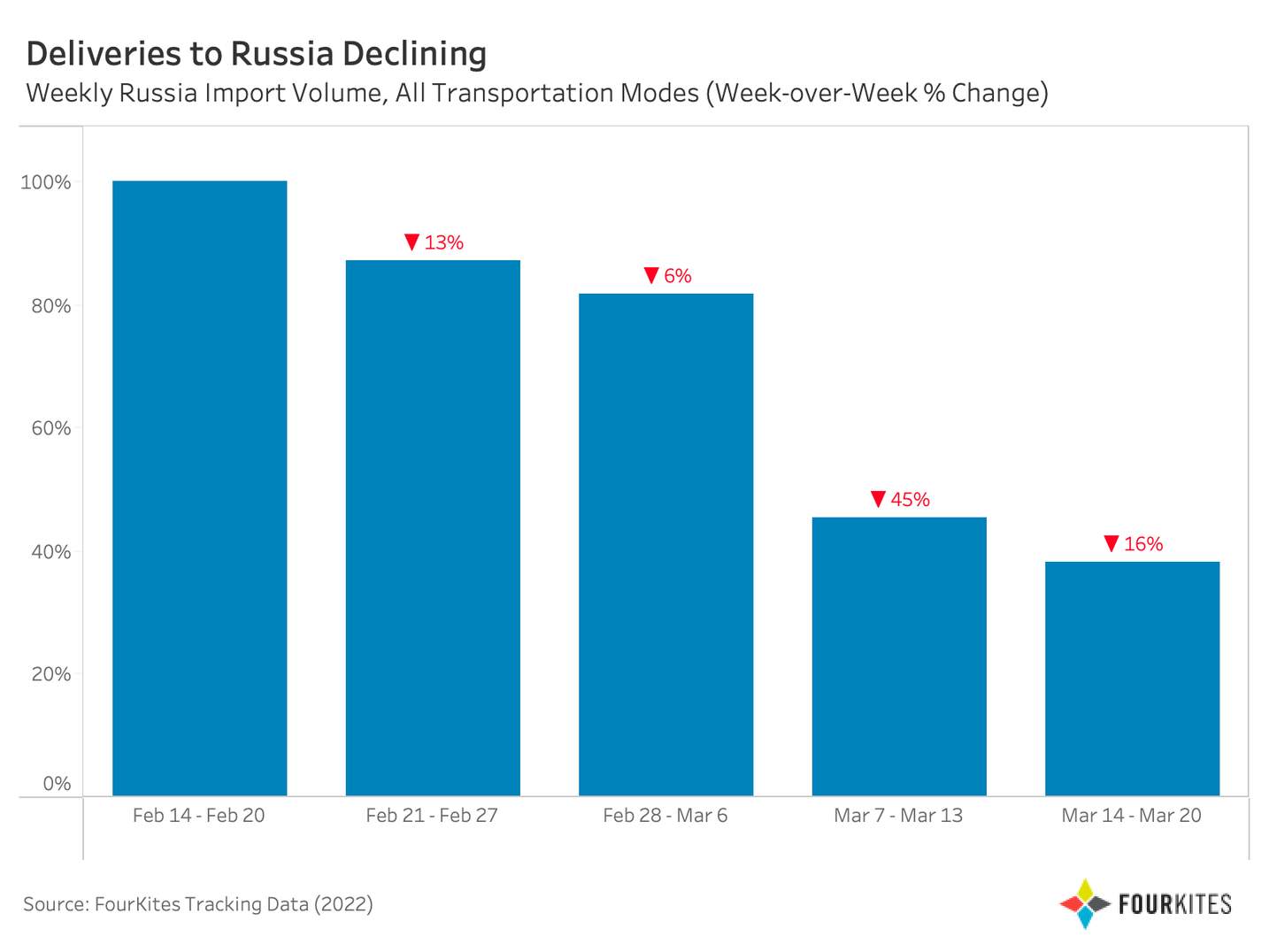 When it comes to specific areas that are most affected, FourKites has seen decreases in import volume for both industrial products (Manufacturing, Chemicals, Oil & Gas) and consumer products (Retail, CPG, F&B). 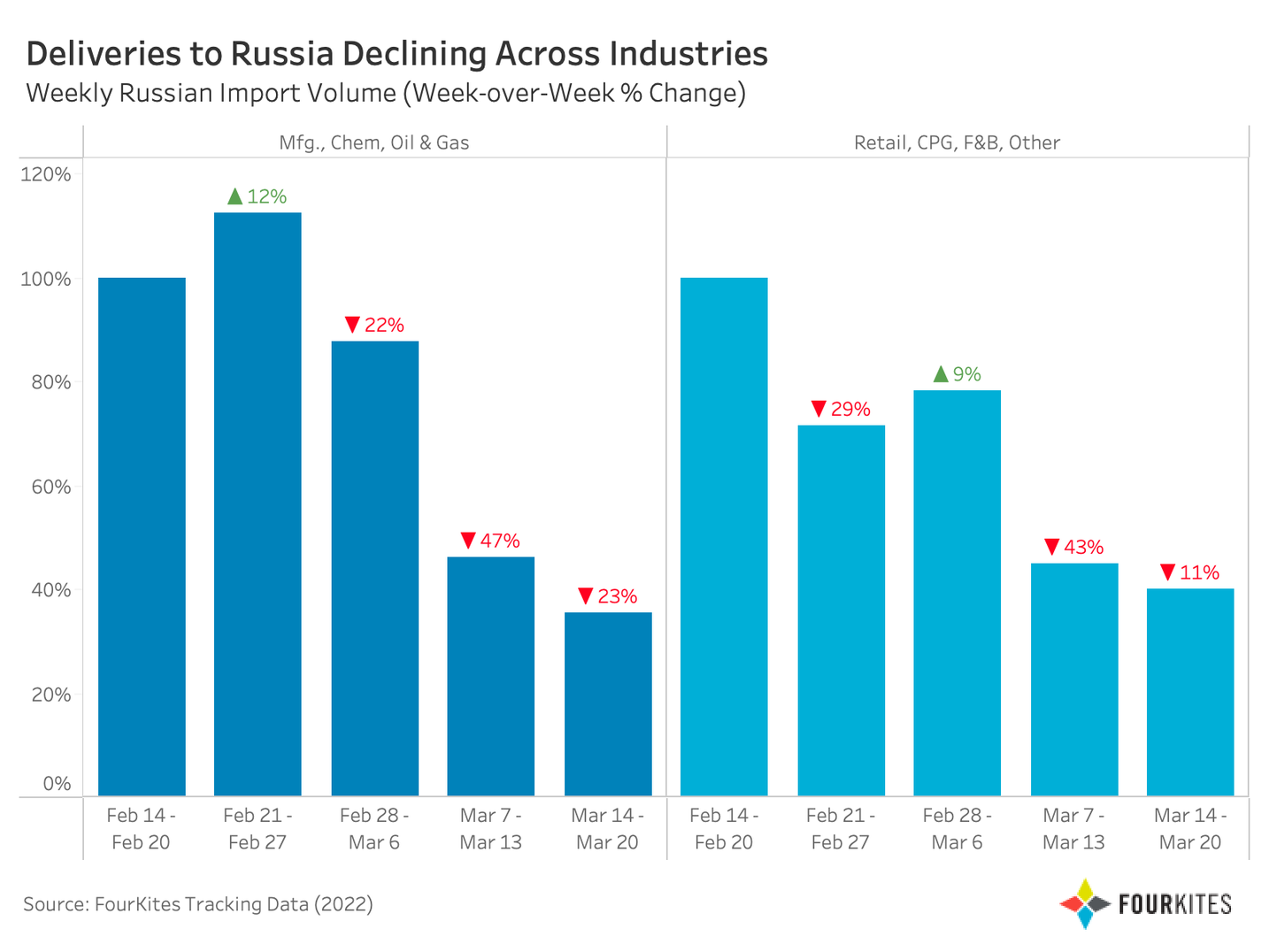 Understandably, import volumes into Ukraine have also take a huge hit too; they are down 50% week-over-week and 97% in total when compared to the week of 14–20 February. 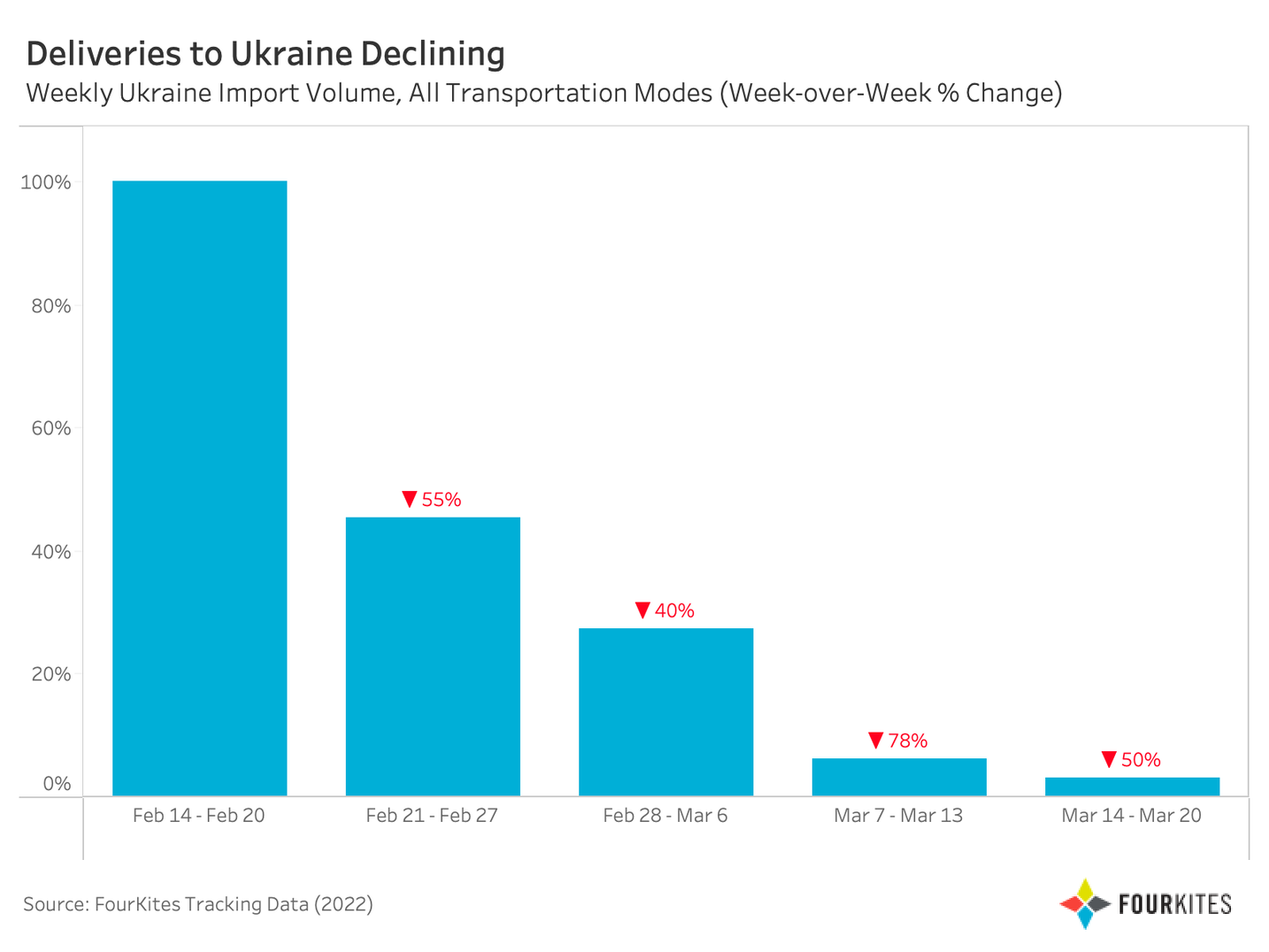 Meanwhile, less than truckload (LTL) delays remain elevated compared to before the invasion. The percentage of loads that are delayed moving into Eastern Europe is 11% higher compared to 17 February. 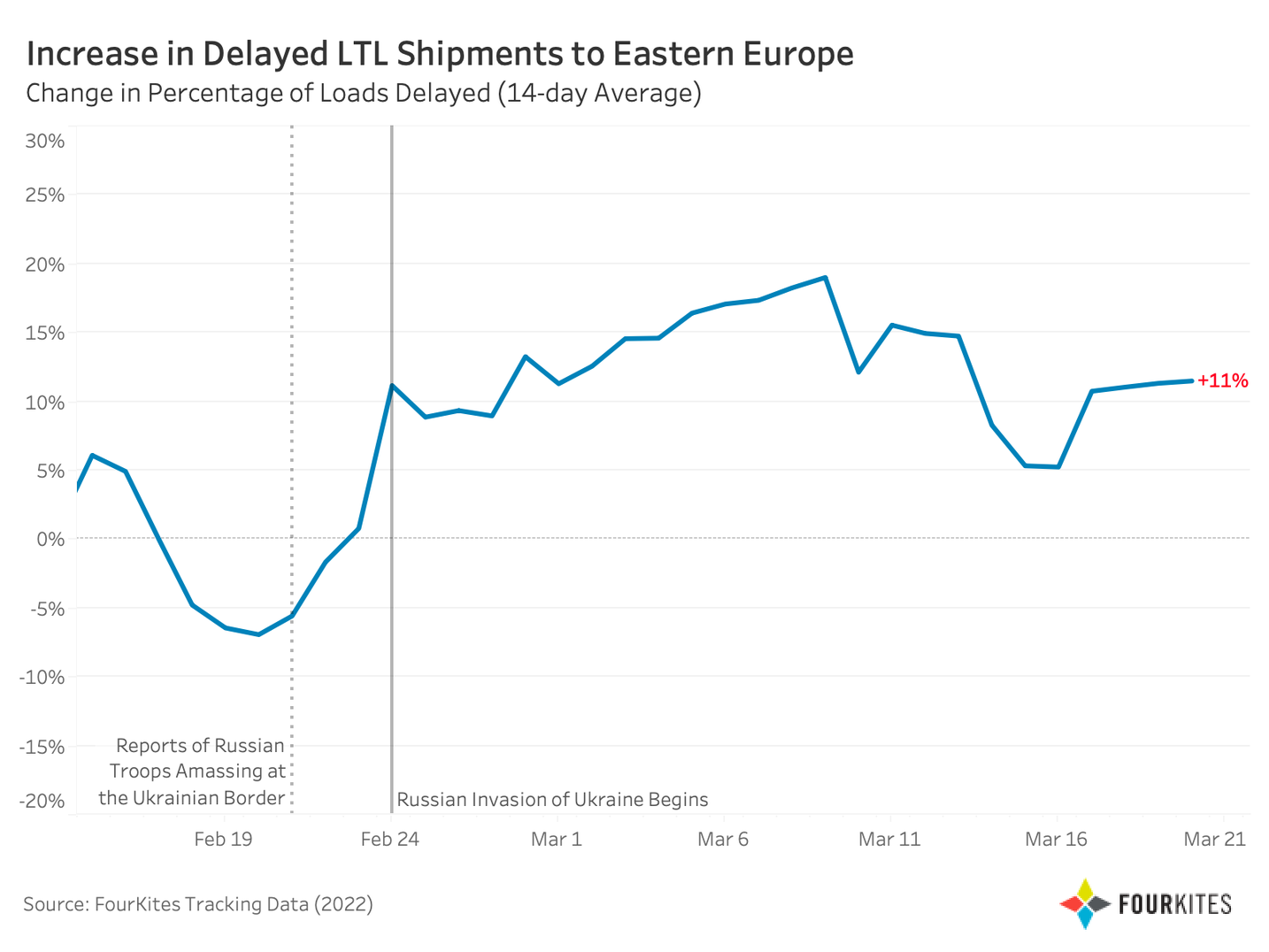 Finally, ocean dwell times in Europe for exports remain high, currently 26% higher than they were in mid-February. 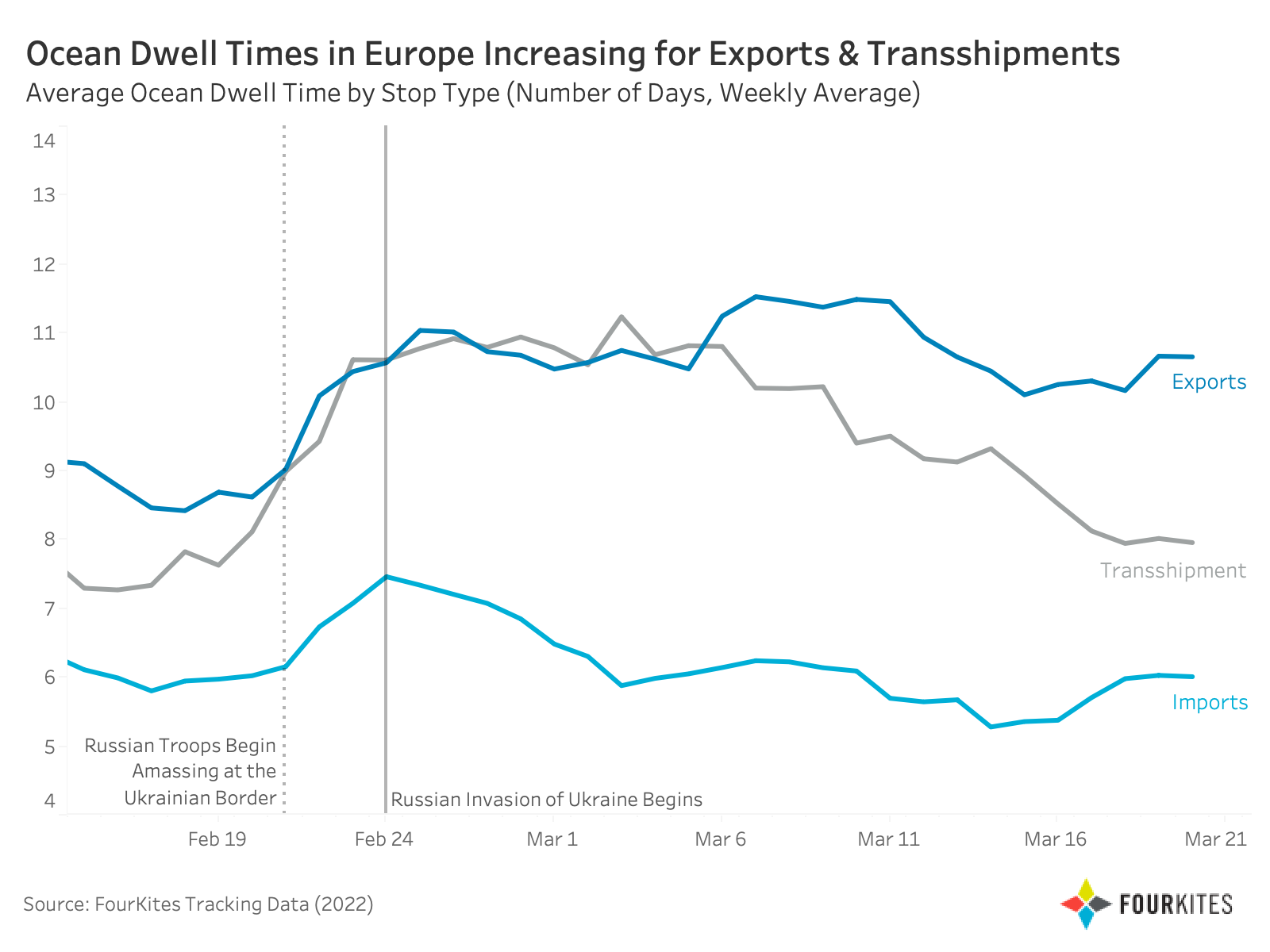 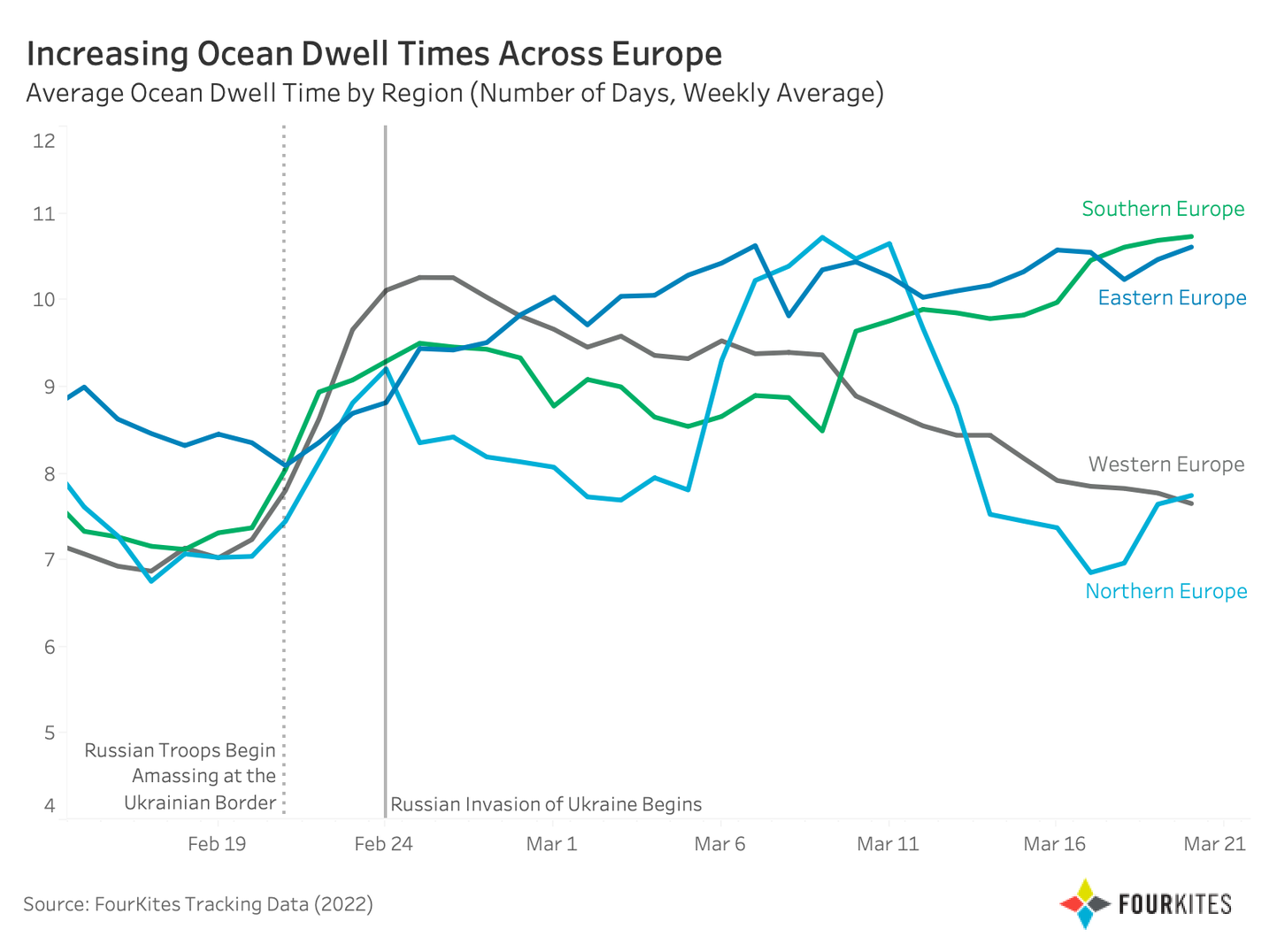